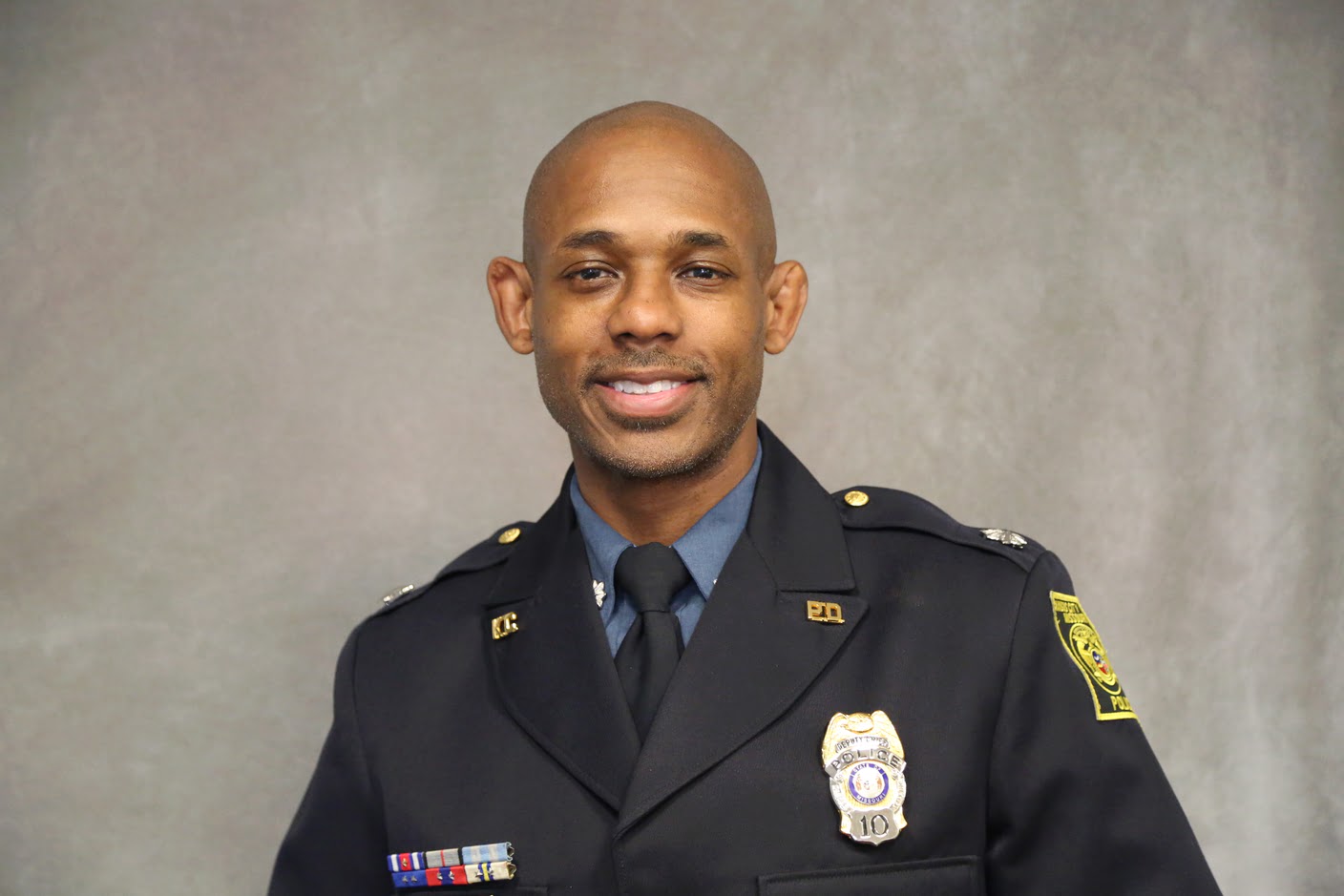 Jackson County 16th Circuit Court Judge Kevin Harrell swore in Joseph Mabin, who was previously the Deputy Chief of the Investigations Bureau, in front of a standing-room-only crowd during a ceremony at Police Headquarters on Friday, April 22, 2022.

Mabin was appointed as a police officer on November 5, 2000. After graduating from the Kansas City Regional Police Academy, he was assigned to Central Patrol Division. He later had assignments in the Police Athletic League (PAL) and the Internal Affairs Unit.

Mabin earned a promotion to the rank of sergeant in December of 2007. As a sergeant, he served in Metro Patrol Division, the Homicide Unit, the Street Crimes Undercover Squad, and the Violent Crimes Intelligence Squad.

In March of 2016, Mabin was promoted to captain and commanded KCPD’s Robbery Unit and the Training Unit. He also served as an assistant division commander in Metro Patrol Division.

Mabin was promoted to major in January of 2020 and spent a year as the commander of Shoal Creek Patrol Division before assuming command of the Violent Crimes Division.

During his distinguished career with the Kansas City, Missouri Police Department, Mabin has earned a Special Unit Citation and numerous commendations, including awards for Good Conduct, Physical Fitness, Safe Driving, and Firearms Proficiency.

Mabin earned a Bachelor's of Science in Business Administration from Florida Agricultural & Mechanical University in Tallahassee, Fla. He is also a graduate of the 281st Session of the FBI National Academy in Quantico, Va., which serves to improve the administration of justice in police departments.

“I am excited to represent the men and women of the Kansas City, Missouri Police Department until the next chief is selected,” Mabin said. “Moving forward, KCPD will continue to work with our federal, state, and community partners to reduce violent crime. We will also strive to build trust and strengthen relationships with the community.”