A True Commitment To KCPD 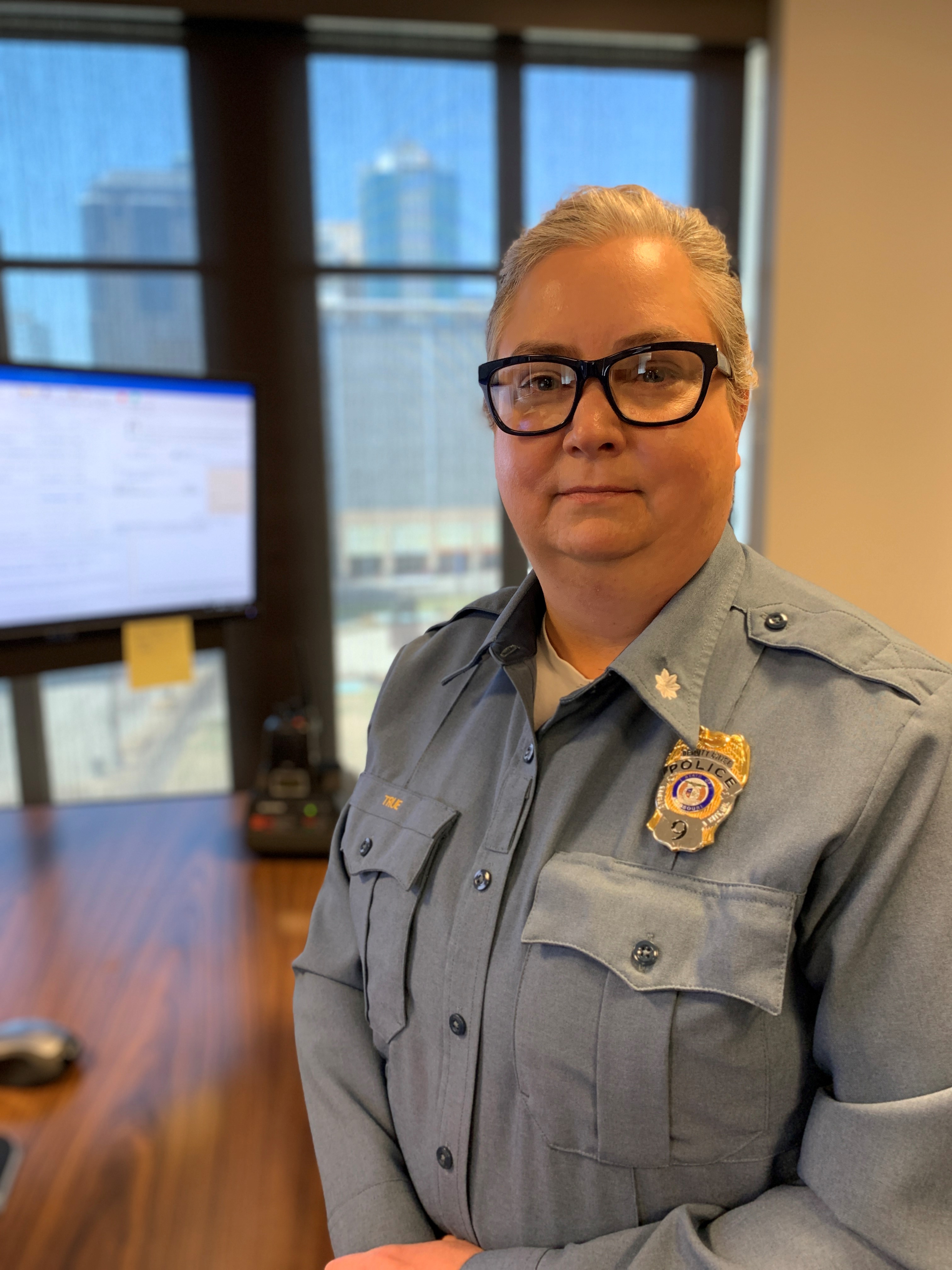 Karen True remembers. She was a workers’ compensation adjuster with a family history of “working for the city.” Her father was a retired firefighter. Her brothers were also city workers, and when her sister-in-law, an officer at Metro Patrol, suggested True join KCPD, she didn’t hesitate.

On that January day in 1994, True began the police academy. Twenty-eight years later, she is Deputy Chief of the Patrol Bureau, having held various positions at KCPD. True’s career has included time in the Internal Audit Unit, Special Projects, and Violent Crime Enforcement. True was also the Deputy Chief of the department’s Executive Services Bureau before leading Patrol.

Patrol is KCPD’s largest bureau. Most of the officers and employees visible to the public eye are under True’s watch. Additionally, she is the highest-ranking woman at KCPD.

“For women, we are underrepresented in this field,” True says. “I’d like to encourage more women to come into the field. We bring a different perspective.”

Currently, women make up 15% of all police officers at KCPD. True recognizes the importance of her leadership position. About 10 years ago, True and other female officers started a women’s group with other law enforcement agencies creating a network of mentorship and resources.

Today, she’s relying on her resourcefulness in the face of being understaffed. True admits it is her biggest challenge.

“Staffing is what I face at every station daily,” True states. “We have to ask officers to stay for overtime. I know that’s wearing on them, and I’d love to say this will end soon, but this is a challenge we’re facing nationwide in law enforcement.”

Academy classes have resumed, and the 173rd Entry Officer Class will graduate new police officers on March 24. Though KCPD still needs more recruits, many of those coming into the academy are arriving with traits that are in demand in 2022.

“The officers coming up are very connected to technology,” True points out. “They’re able to multitask. They grew up playing video games and are really tactile. The next generation of police officers will really shine.”

Despite the shortage of officers, True sees firsthand the Patrol Bureau’s commitment to Kansas City. Every day, officers are helping residents and impacting crime in ways seen and unseen. True says, “it’s catching” to see the excitement coming from officers who are serving their city.

Some of this exuberance is coming from close to home. True’s son is now in the 174th Entry Officer Class that began in February. True, who says her son has a chemistry degree, understands why he’d gravitate to being a police officer. Her husband is a retired Captain from KCPD, and another son is currently a firefighter with the Kansas City Fire Department (KCFD).

“Looking at the academy from his lens now, he’s excited to come to work and calls it the best job ever. It’s great knowing there are people out there who are excited to join this profession.”

As for True, each day is an opportunity to lead and support nearly 1,000 people under her command. From recruit to Deputy Chief, KCPD is thankful and better for her 28 years of service.

If you’re interested in becoming an officer, apply here - https://careers.kcpd.org/.