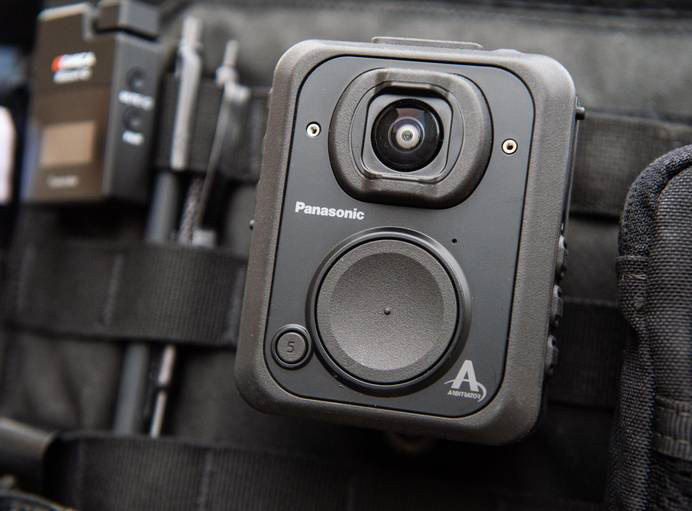 All KCPD patrol officers now are outfitted with body-worn cameras.

This means officers in all patrol divisions, Traffic Enforcement, Tactical Response, and specialized units like Canine and Bike Patrol, are using body-worn cameras. It’s about 900 cameras total, at the cost of about $4 million, which includes video storage.

“This is a win-win for everyone,” Chief Rick Smith said. “The community wanted this, and our officers wanted this.”

After including them in the department’s budget request to the City for many years, a private citizen stepped up to fund the purchase of body-worn cameras amid civil unrest on the Plaza in summer 2020. The cameras were one of the community’s requests. The DeBruce Foundation, in cooperation with the Kansas City Police Foundation, donated the funds to purchase them for patrol officers.

KCPD then convened a working group of community stakeholders to identify the best technology and draft the best possible policy, which addresses everything from video retention periods to privacy concerns. This group included prosecutors at the local, state and federal level, elected officials and community members. Police also consulted departments nationwide for best practices.

The Department also applied for and was awarded a federal grant to purchase approximately 400 additional body-worn cameras for detectives in investigative elements.