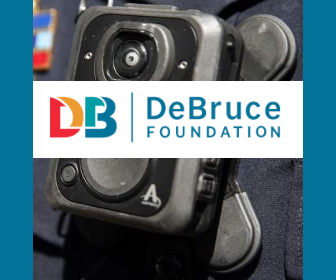 The Kansas City Missouri Police Department is on pace to have body cameras by the end of 2020.

The DeBruce Foundation announced on June 3 that it was donating the money to purchase body-worn cameras for KCPD officers, in cooperation with the Police Foundation of Kansas City. Since that time, KCPD leaders have been meeting regularly with a diverse group of stakeholders about the cameras’ implementation and policy considerations. This stakeholder group includes city, county and federal prosecutors, clergy, urban core neighborhood leaders, Police Foundation and DeBruce Foundations representatives. The group and KCPD will share policy information in the coming months.

Funding previously allocated from the Public Safety Sales Tax paid for the replacement of all dash-cam systems in KCPD vehicles. The previous systems had reached the end of their technological lives, and the Department issued a request for proposal for new systems two years ago. The new Panasonic systems that were selected are designed to work with body-worn cameras. The Department’s Communications Support Unit has completed the installation of the Panasonic dash-cam systems on roughly 310 patrol vehicles, so they will be ready to pair with the Panasonic body cameras when they arrive.

KCPD officers conducted a test with the new body cameras from August 3rd to August 24th to better determine system and staff requirements, and for officers to get a feel for the equipment. Officers in the Central and Shoal Creek patrol divisions along with the Traffic Division wore the cameras during the test period, and they received rave reviews. Several officers did not want to give them back when the test was over, and reported they were eager to be able to wear them full-time.

The initial donation from the DeBruce Foundation will pay for body cameras for all patrol officers. KCPD is pursuing a grant that would allow the Department to purchase body-worn cameras for investigative elements, as well, so detectives can have the same equipment.

The anticipated delivery date for the cameras is early December. The Department will then have to deploy the equipment and train staff on its use. Kansas City residents can expect to see body-worn cameras on all patrol officers in early 2021.