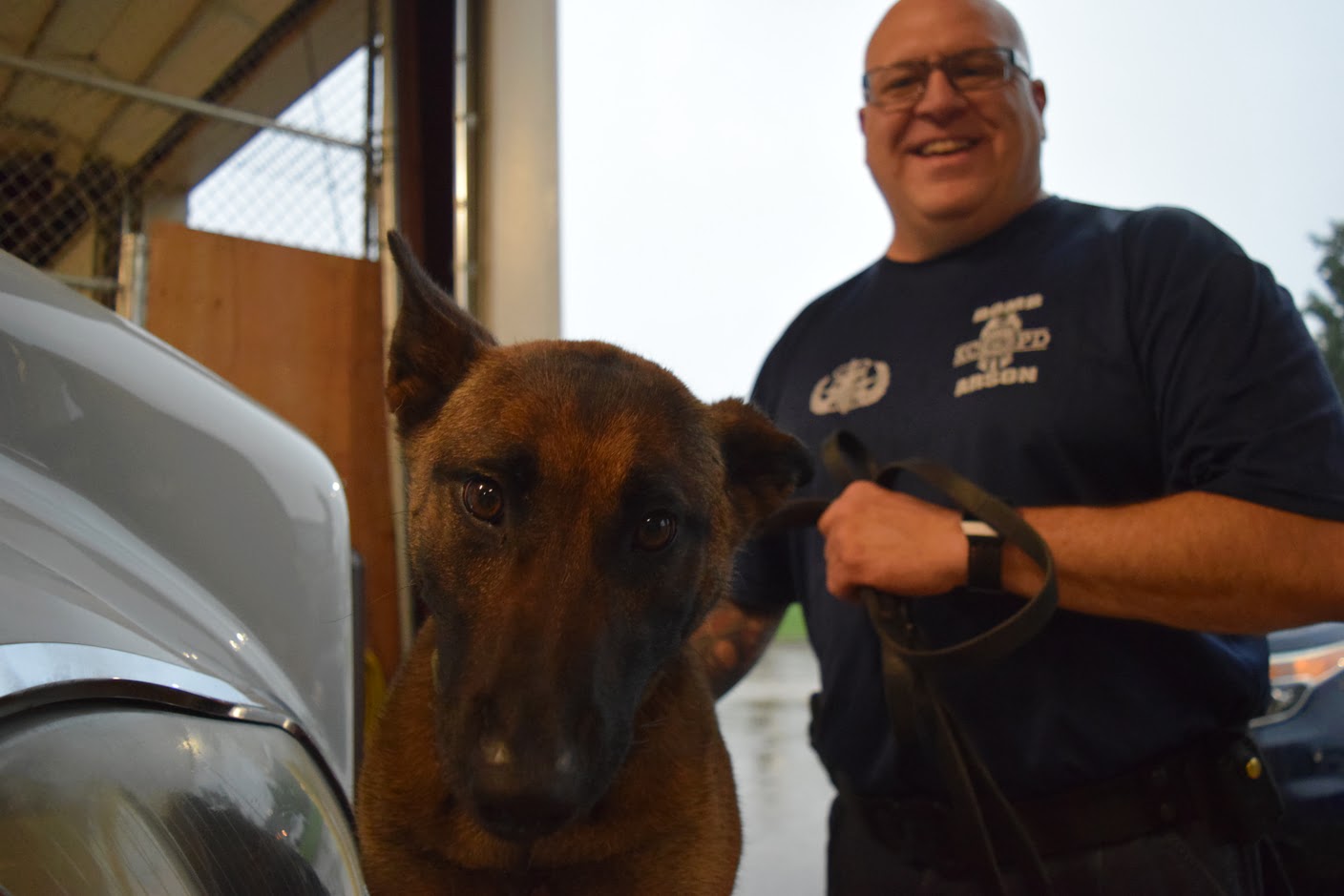 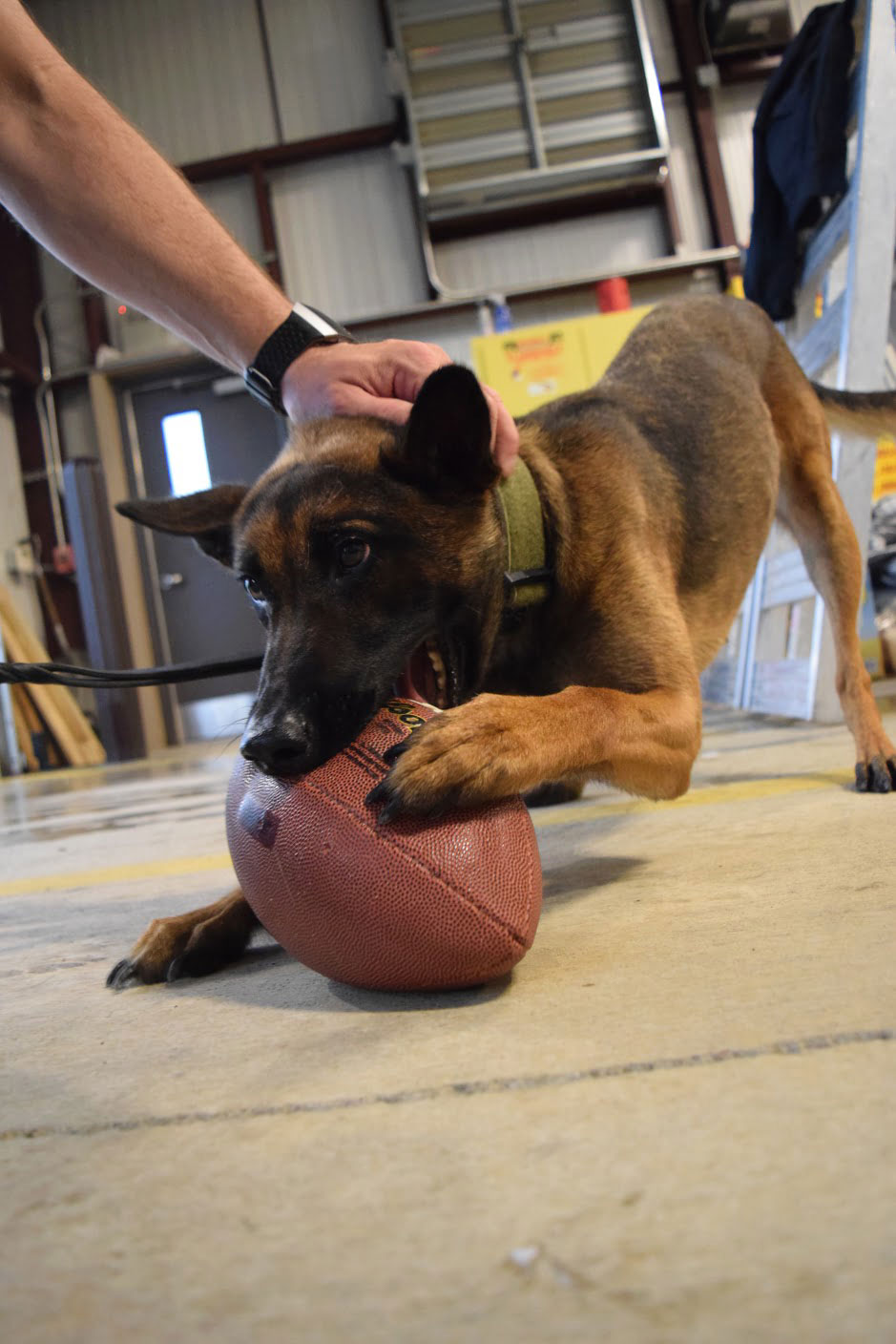 With a love of footballs, Flick, the 2-year-old super-sniffer, will fit right in at Arrowhead Stadium.

Soon enough, she’ll roam Chiefs and Royals’ games in search of possible explosives. For now, however, Flick’s in her own personal preseason getting ready to debut.

“Being young and green, we’re training her in different environments,” Detective Bryan Jobe states. “She knows it. We just have to keep practicing.”

Jobe is Flick’s partner. He’s a bomb technician and a fire investigator at KCPD who handles ammunition disposals, hazardous device calls, and explosives. For the last five years, Jobe partnered with K-9 Officer Denis. But after a few months of battling cancer, Denis passed away this spring.

KCPD’s K-9s live with their partners. They’re together all the time, sharing a unique bond of work and play.

After KCPD announced Denis’ passing on social media and news outlets reported what happened, the Heart of America Kennel Club stepped forward to donate a Belgian Malinois to KCPD. That dog turned out to be Flick.

Flick can smell ammonium nitrate, smokeless black powders, and 16 scents connected to explosives. She’s fully trained and knows how to react to explosives scents. Likely by July, she’ll be certified and ready to serve.

As one of two explosive detection dogs at KCPD, there is plenty of opportunities for Flick to stand out. In addition to working at professional sports games, special events assignments are common.

“Anytime a VIP comes to town, we assist,” Jobe points out. “We respond to bomb threats in the city, and we help other departments outside of Kansas City if they need a bomb dog. She’s a finder!”

Jobe has served at KCPD for more than 21 years. He joined the Bomb and Arson Unit in 2015 because he’s always been interested in fire investigations. That stemmed from time spent as a volunteer firefighter and EMT in southwest Kansas before moving to Kansas City.

It’s a dangerous, wide range of responsibility requiring the assistance of Denis, first, and now Flick.

“It’s a tight bond,” says Jobe. “I understand her behavior. She understands my behavior. Each dog is unique and unique in how they alert. They become a big part of your life.”