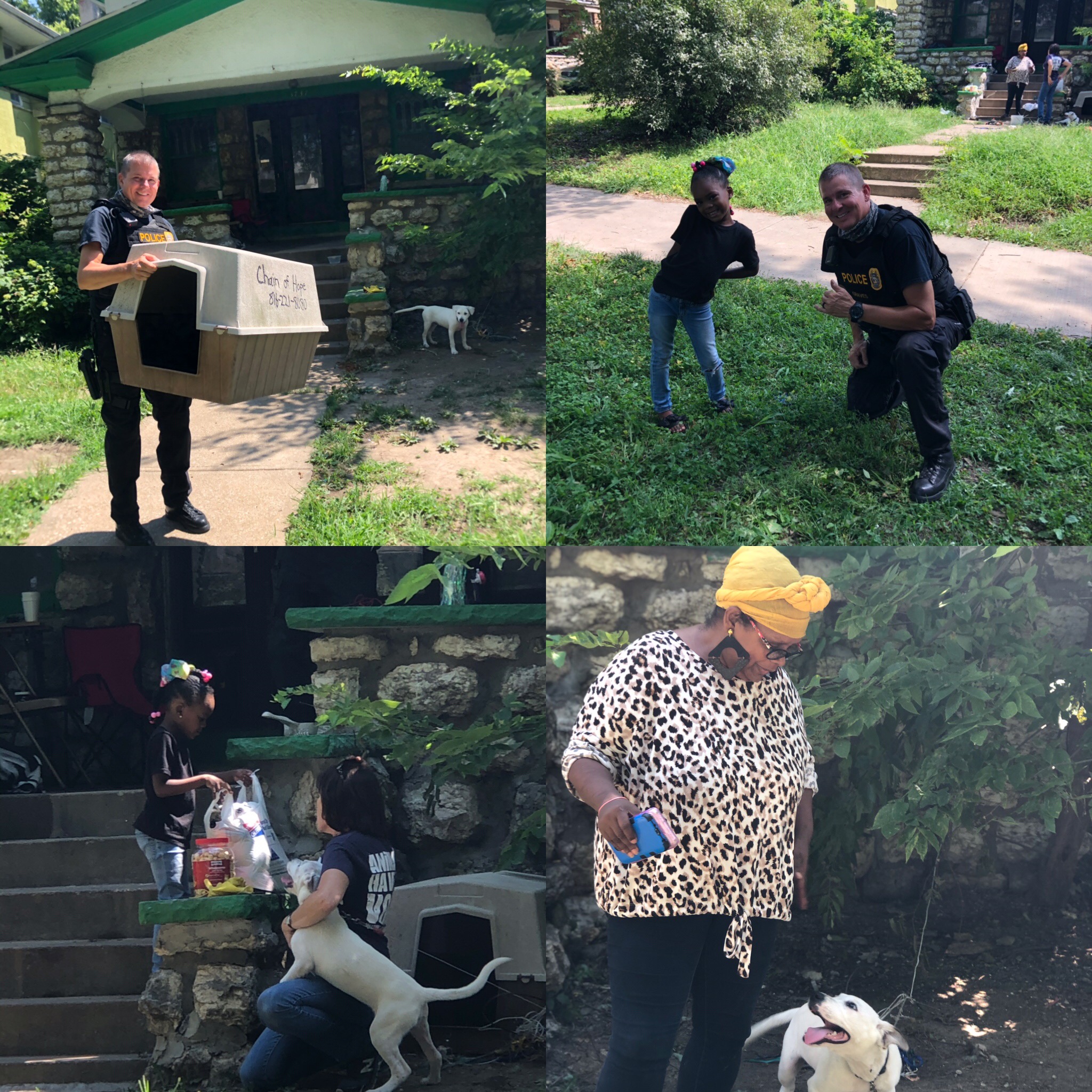 A KCPD captain came through on a promise he made to a little girl at a homicide scene, thanks to a community organization that helps pets.

Officers responded to a homicide in the 3700 block of Benton about 7:30 a.m. Aug. 9. A disturbance broke out at the scene as friends and family members arrived. Amid it all was a little girl and her grandmother who lived on the block. The 6-year-old girl was upset about all the police activity.

Captain Daniel Graves noticed her, and he struck up a conversation with her about her puppy. The puppy was tied up in the front yard on a lead that was so tangled, it was only a few feet long. Captain Graves also spoke with the girl’s grandmother. They said the dog needed a doghouse. He promised them he would get a doghouse and supplies for the puppy.

Captain Graves tried several stores, but none had them in stock, and he wanted to get the girl a doghouse quickly. He reached out to Chain of Hope. Chain of Hope is a Kansas City non-profit that works to prevent animal abuse and neglect in the urban core, providing owner education and shelter, medical assistance and spay and neuter services for pets.

Captain Graves and Chain of Hope delivered the new doghouse, along with an indoor kennel and several other supplies, Aug. 13. The girl’s grandmother, Loren Troutt, said she appreciated what they did.

“You have some police officers out here like the ones that came today with (Captain) Graves that truly love and care about … this community and the kids in this community,” Troutt posted on social media afterward. “My heart goes out with a great big thanks for (Captain) Graves and the corporation that came out with him today, along with the other officers that accompanied him. Thank you all for coming out today to make a difference in my grandchild’s life and mine.”