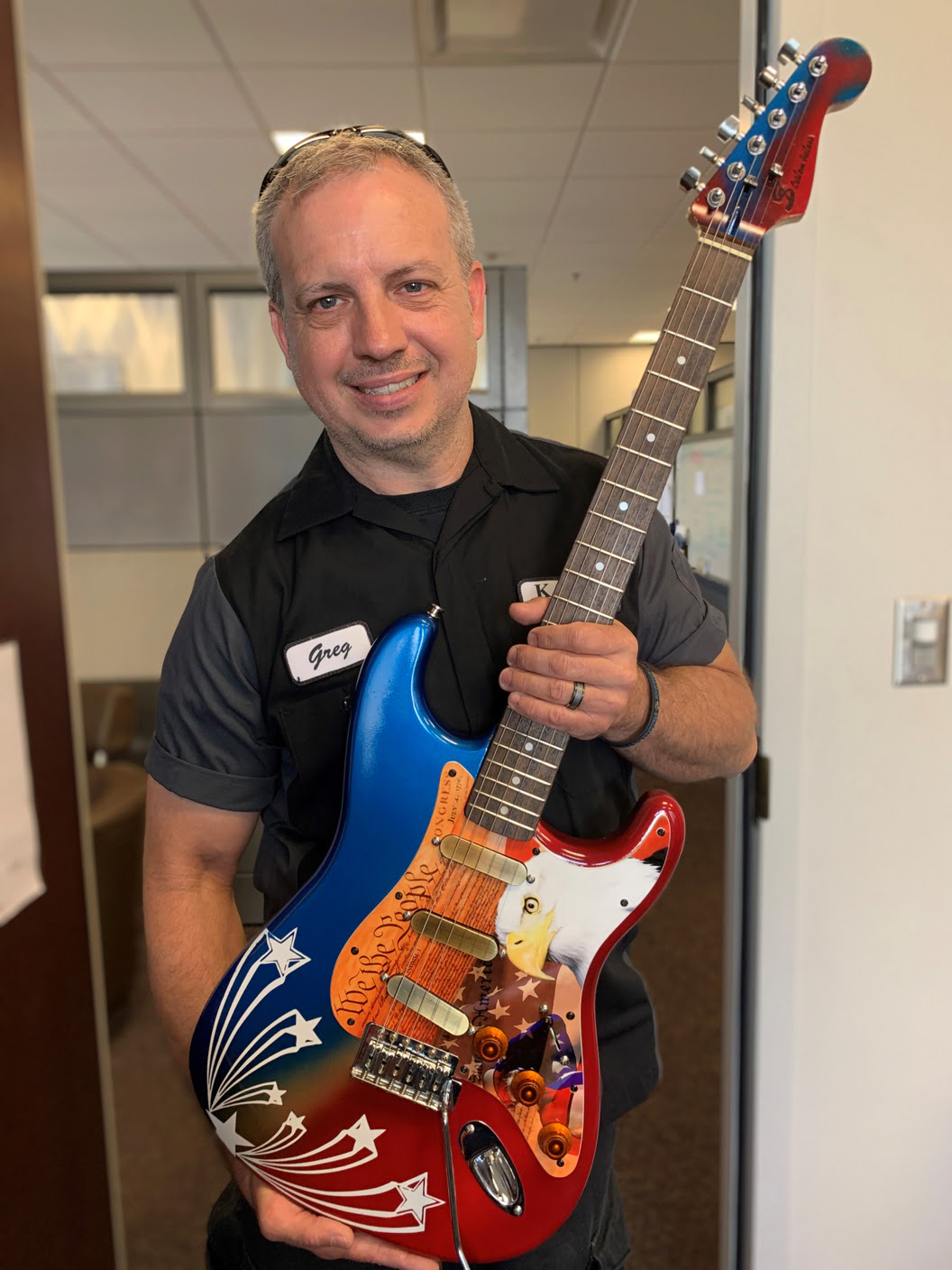 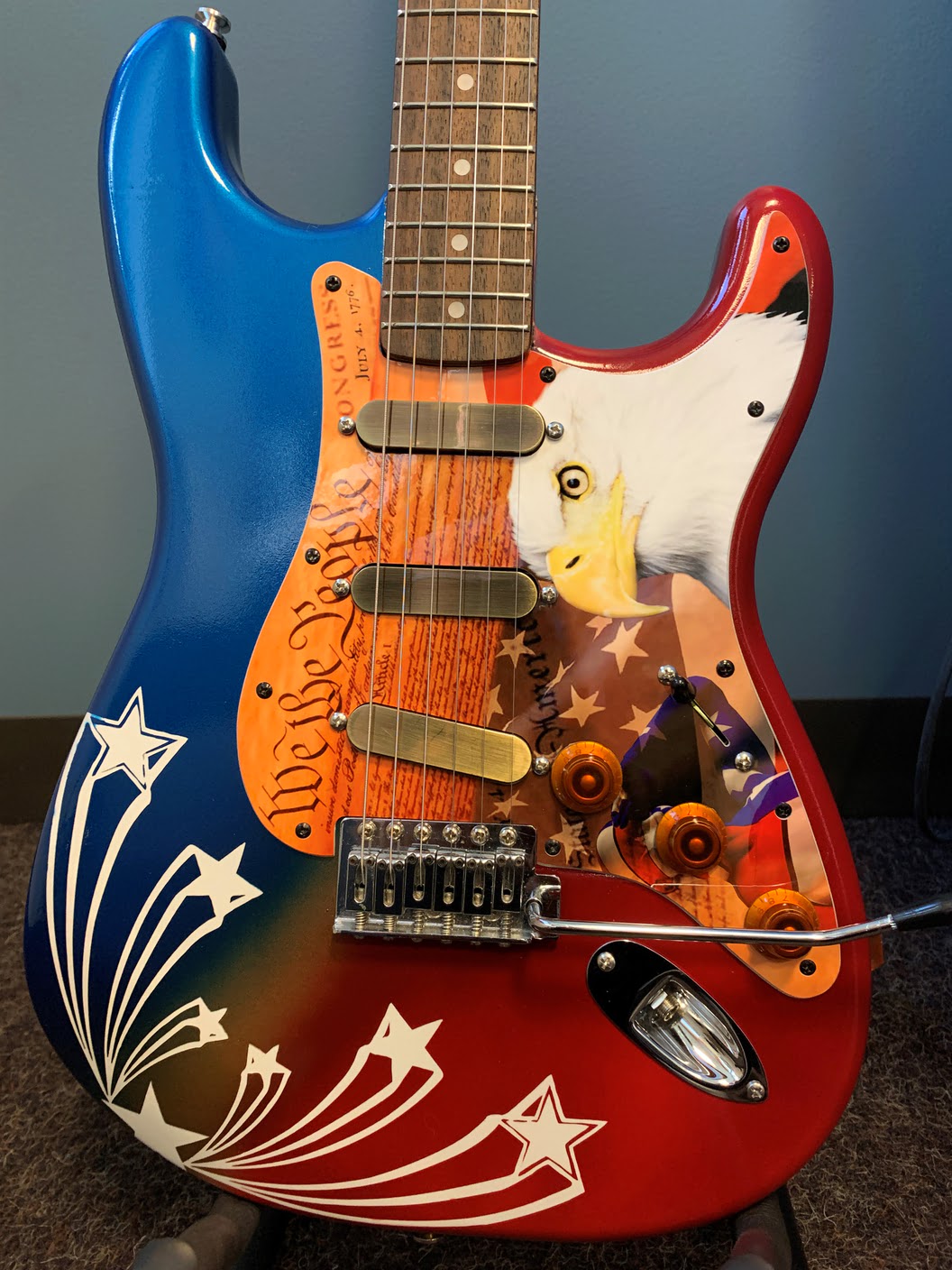 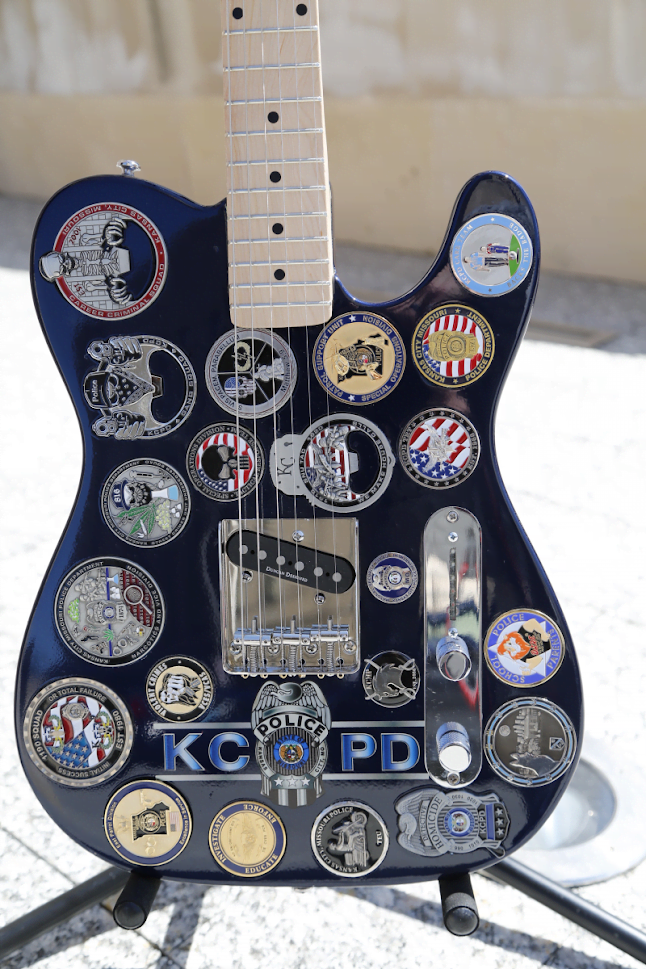 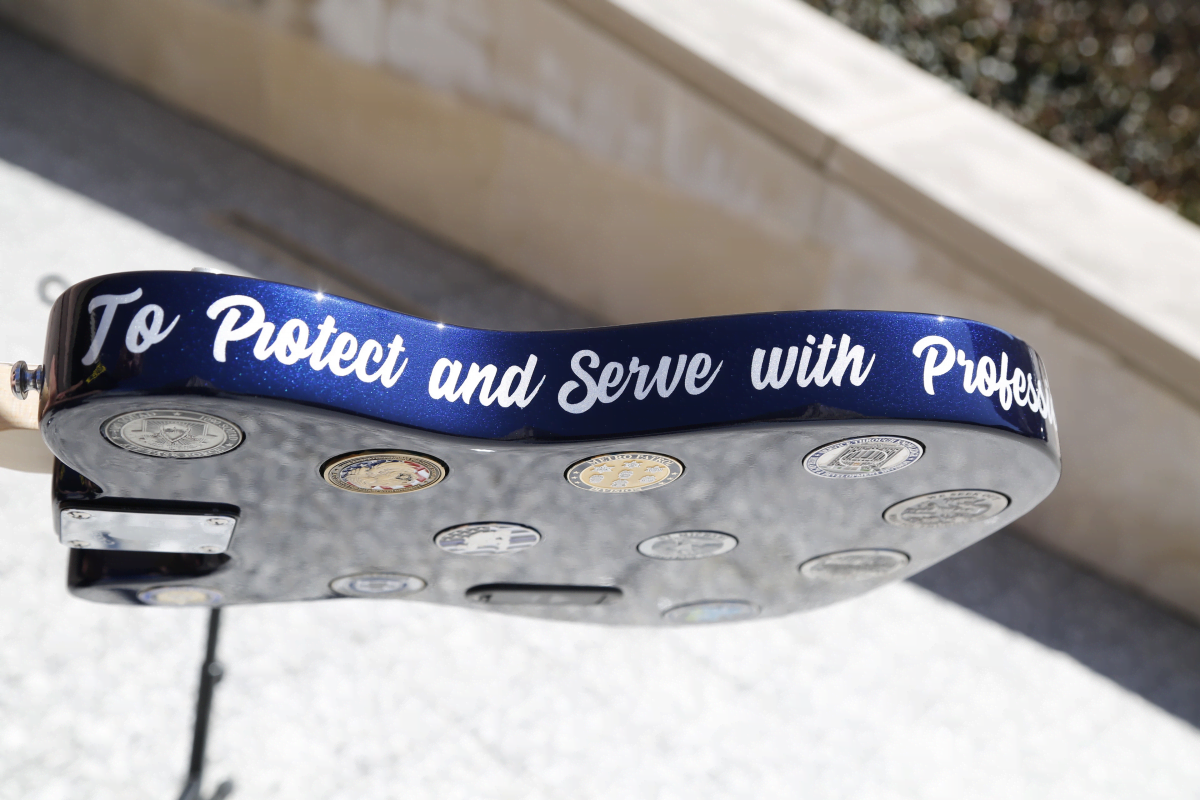 “I got hit by a driver who didn’t want to stop,” Greg Sowers described, his lower half mangled for seven blocks one night.

Sowers was the on-site KCPD mechanic at a sobriety checkpoint in 2011. A driver broke his leg, but not his spirit. One day out of the blue, a stranger from KCPD’s Care Team called Sowers.

“I didn’t know the CARE Team existed,” Sowers said. “He asked me if I needed help with anything. I didn’t know who he was, so I declined.”

Time passed, but Sowers was intrigued by the CARE Team. He learned it’s a nonprofit made up of sworn and non-sworn KCPD members. Together, they raise money for department employees who need help due to injury, death, illness, or unforeseen emergencies.

Touched by the CARE Team’s offer to help him, Sowers desired to help the team in return. The music major and self-described “rock guy” leaned into one of his joys.

A one-of-a-kind instrument, in fact. Sowers envisioned a challenge coin guitar with five or six embedded coins. When he finished, the guitar held 35 coins. Sowers said he traced out the coins, took a small router, and carved the designs by hand before inlaying them into the body and gluing them. Finished, it was a working guitar weighing 12 pounds.

Sowers donated the guitar to the CARE Team, which held a raffle to raise money for those that might need help. Sowers’ guitar was a hit, raising about $4,300 and motivating him to build more. The COVID-19 pandemic paused his efforts, but in 2021 Sowers created Chiefs and Royals guitars that were crowd pleasers.

This year, America is at the front and center of his latest creation. The guitar has a custom red, white, and blue paint job, with an eagle’s head and the Constitution on the pickguard. Stars fan out to look like fireworks.

“I have all the respect in the world for what these guys do,” proclaimed Sowers. “My job is to support the officers, and I enjoy supporting them in my off-time too.”

To learn more about the CARE Team, visit http://kcpdcareteam.org/.