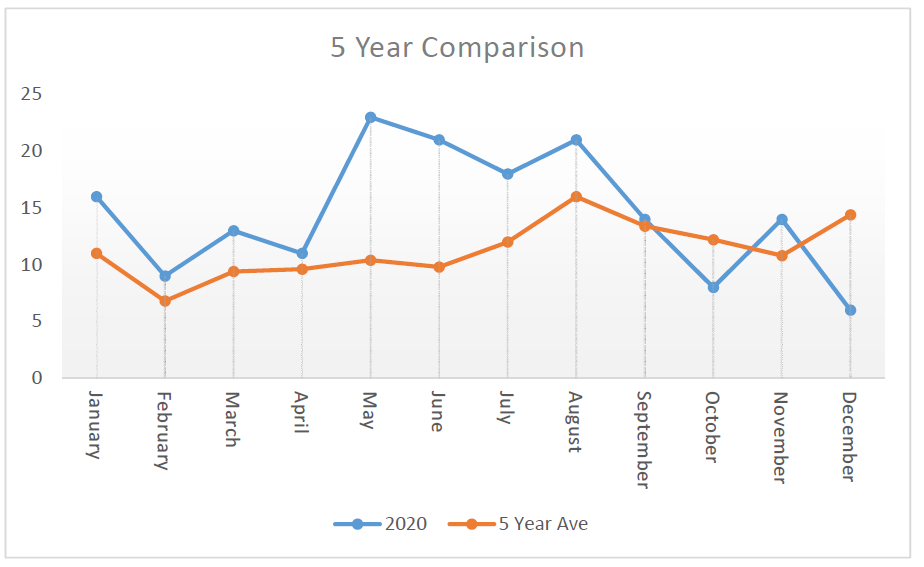 "Kansas City, Mo., was, tragically, part of a national trend that saw a large increase in homicides in 2020. The KCPD, however, is doing everything to buck those trends. Our homicide rate dropped significantly in the fall, and our clearance rate for 2020 was well above the national average.

"Not all the national data from 2020 have been compiled yet, but FBI statistics from the first nine months show that homicides were up 20.9 percent in America. In the nation’s 69 largest cities, homicides through Sept. 30, 2020, were up by 28.7%, according to the Major Cities Chiefs Association. Kansas City recorded 148 homicides in 2019 and 176 in 2020. That’s a 19% increase, which was below the national average in increased homicides. (Although right now the national average is composed of just the first nine months of 2020.)

"But all the numbers do not ease the grief of anyone who lost a loved one to violence, and 2020 was, indeed, a record-setting homicide year in our city. That’s why we undertook many initiatives to combat the violence, such as assigning additional homicide and assault detectives and Operation LeGend – a 10-week influx of nearly 200 federal agents to help us solve violent crime cases and get the most violent offenders into custody."

Read the rest of the Chief's blog.