Community Interaction Officer Partners with Community to Clean Up Property 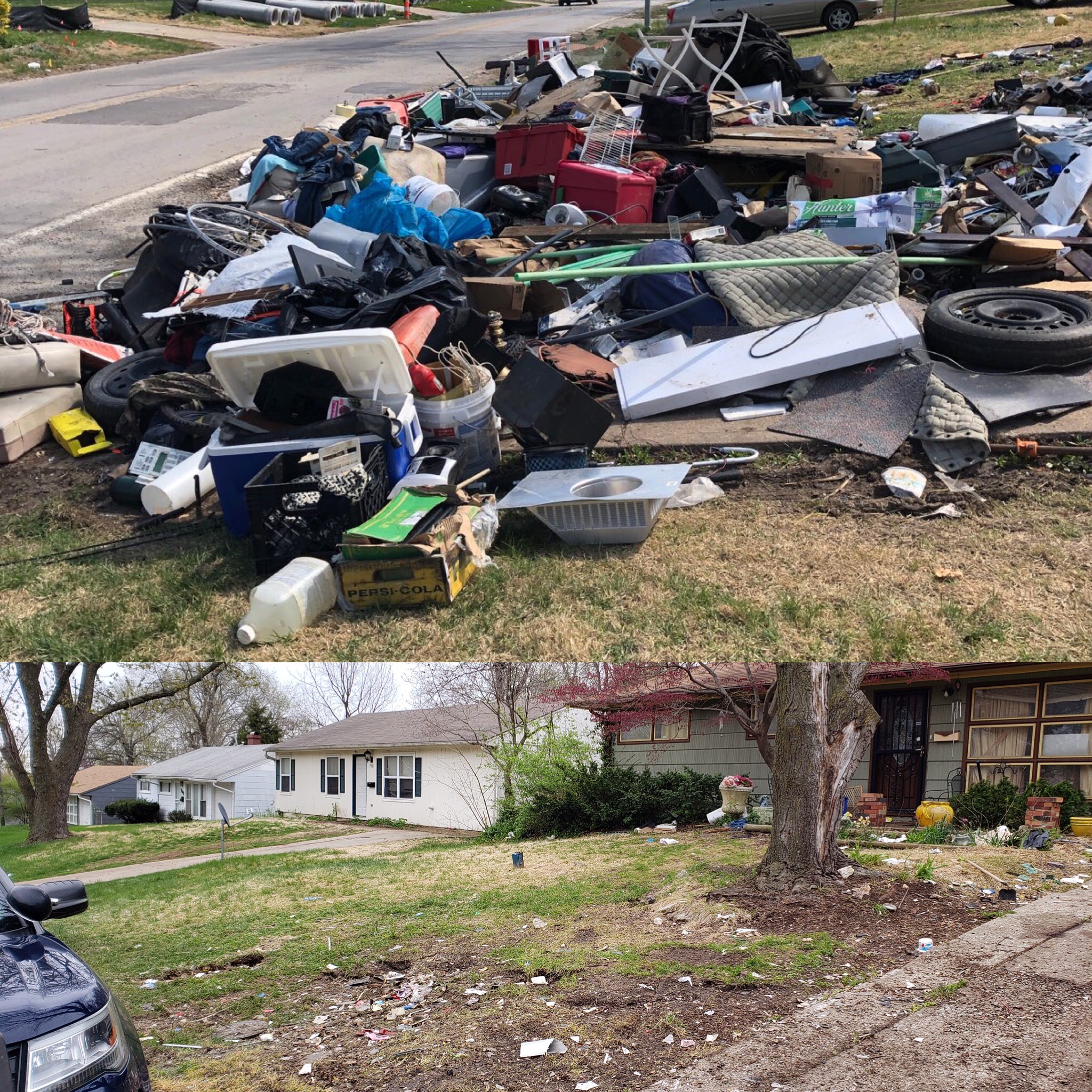 Last week Community Interaction Officer Aaron Whitehead was alerted to a home in south Kansas City with trash all over the front yard in the 7800 Block of E. 107th St. The office manager of the neighborhood association reached out to officers at South Patrol asking what could be done about the issue. Many neighbors also reported the large piles of trash to the City. CIO Whitehead went to the home and saw the front yard was full of trash and personal belongings. He made contact with the homeowner, whose son was currently living in the home. She said her son let a friend move in for a few months, but was wanting to evict him. The homeowner rented a dumpster for her son to clean out the home and many of the evictee’s items were put in the dumpster. Right before the dumpster was taken away, the evictee took all his belongings out of the dumpster and put them all over the front yard so he could organize them.

The evictee called a sergeant and asked for help because all his items were scattered around the yard and he thought he was being wrongfully evicted. CIO Whitehead went to the home on several different occasions and met with the man. He told Whitehead he was planning on moving in with another neighbor down the street, so Whitehead helped him go through the items inside of the home and transport them to his new residence. As they were working together to move his belongings, Officer Whitehead noticed the man’s feet required medical treatment so he called to have Kansas City Fire Department paramedics come and provide treatment.

Whitehead then called the City of Kansas City Neighborhood and Community Service section to see if they would arrange to pick up the trash from the front yard since the dumpster had already been taken away. The city agreed but said all the trash needed to be stacked near the street. Officer Whitehead reached out to several neighbors and members from our South Patrol Division and together they moved all the trash into piles near the street, ready to be picked up. Officer Whitehead drove over to the home this week and all the trash had been removed from the property. He received several emails from neighbors thanking everyone who helped clean up the property.