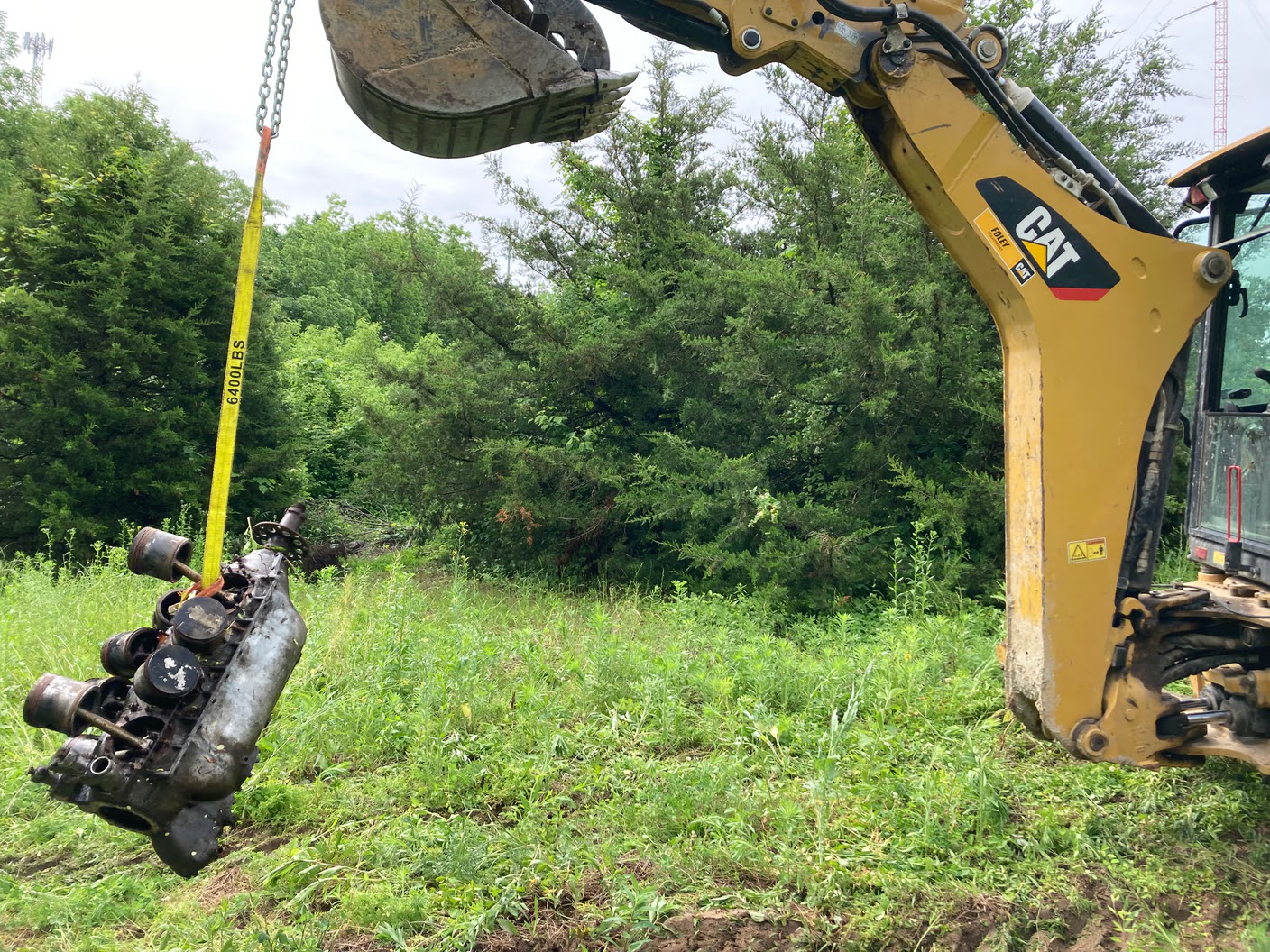 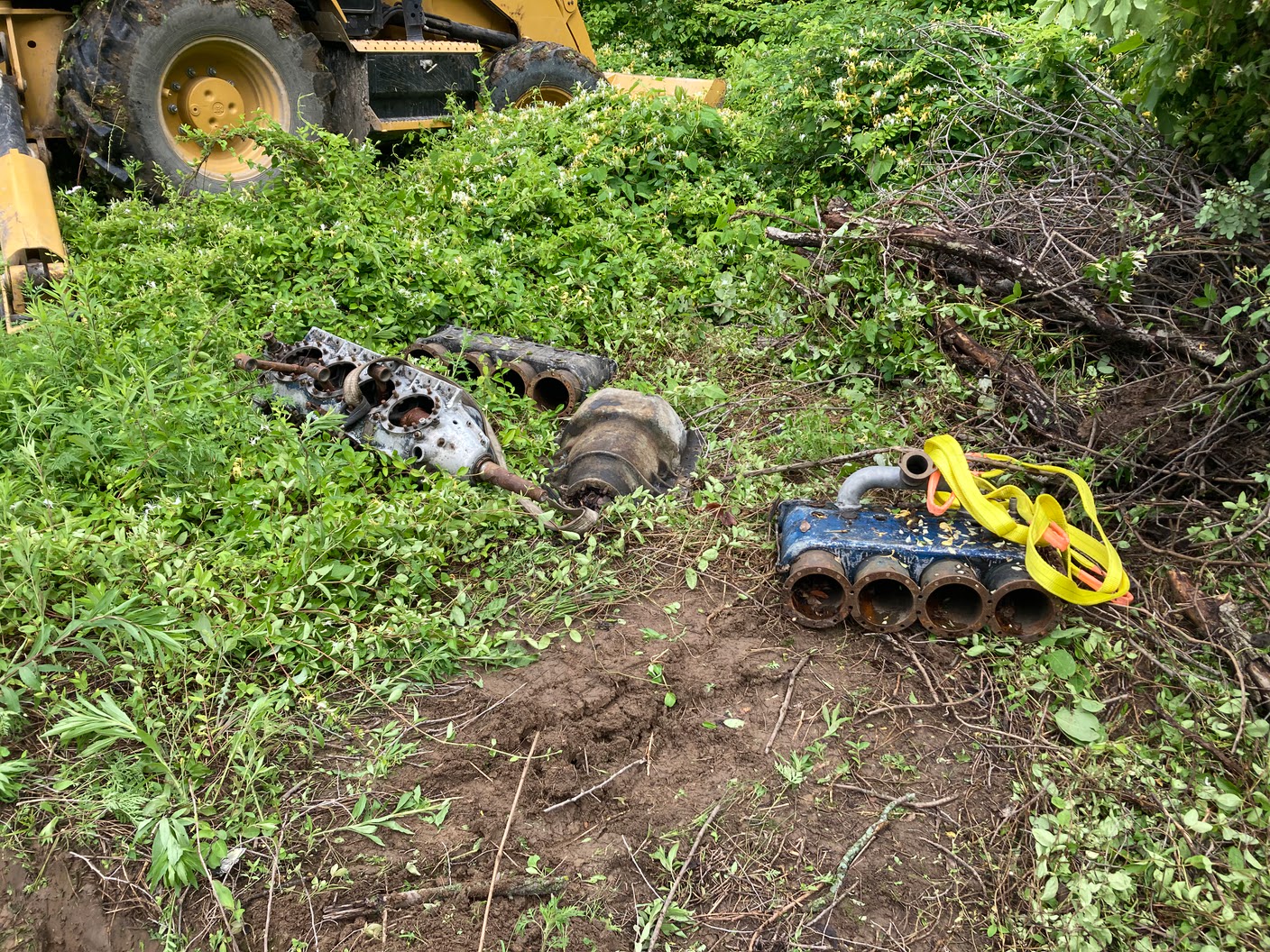 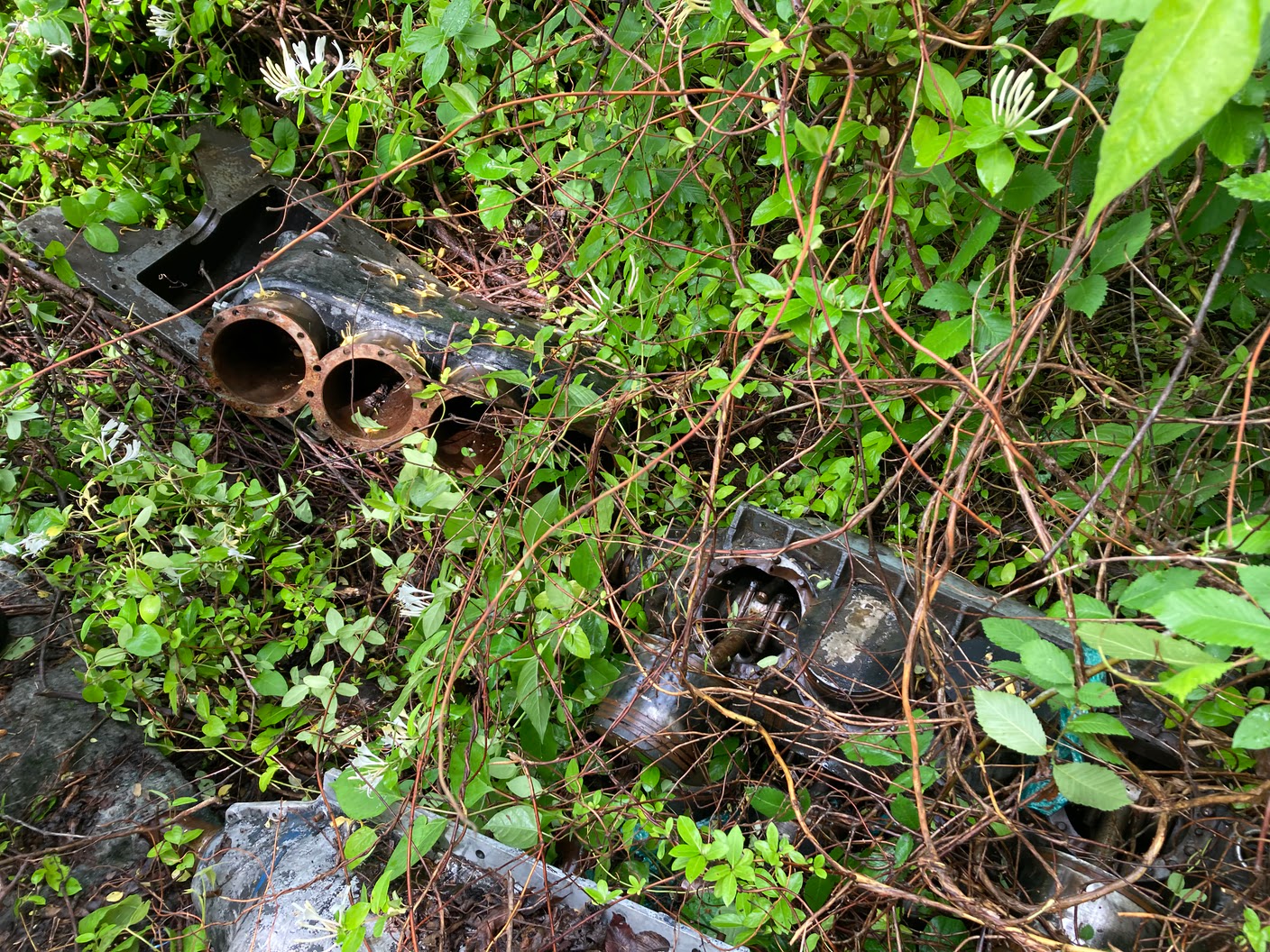 With the assistance of the Lexington Public Works Department, heavy machinery recently cleared brush and pulled the parts out of the woods.

In June of 2021, a Texas man traveling to Minnesota with the airplane motors spent the night at a Kansas City hotel. In the hotel parking lot, someone stole his truck along with the motors. They were motors and parts the man had been collecting since the 1980s, valued at $50,000.

“It contained two World War I aircraft motors for which I have spent the better part of 35 years collecting parts to complete,” Robert Visser, collector, said at the time of the theft. “Only a few were manufactured in about 1917-1918 by Wright Martin… They simply cannot be replaced at any cost.”

While Visser is excited that some parts were recovered, more parts are still missing. The crime investigation continues.