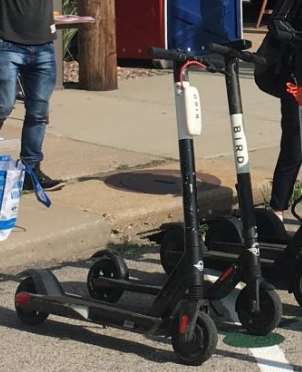 A woman on an electric scooter suffered serious injuries after she was involved in a crash with a van Sunday night downtown.

A 25-year-old woman was riding a Bird scooter north on Grand Boulevard in the southbound lanes of travel about 8:40 p.m. Sept. 6. She ran a red light, and a minivan going east on 10th Street struck her. The minivan driver had a green light. In addition to the minivan’s driver, there were three teenagers inside. No one in the minivan was hurt, and the driver showed no signs of impairment.

The driver of the Bird Scooter, however, received serious injuries in the collision. She also showed signs of impairment from either alcohol or drugs. An ambulance transported her to a nearby hospital.

Residents are reminded that impaired driving laws apply to electric scooters, as well. Impaired scooter drivers can be cited with DUI and endanger themselves and others. Riders also should wear helmets.