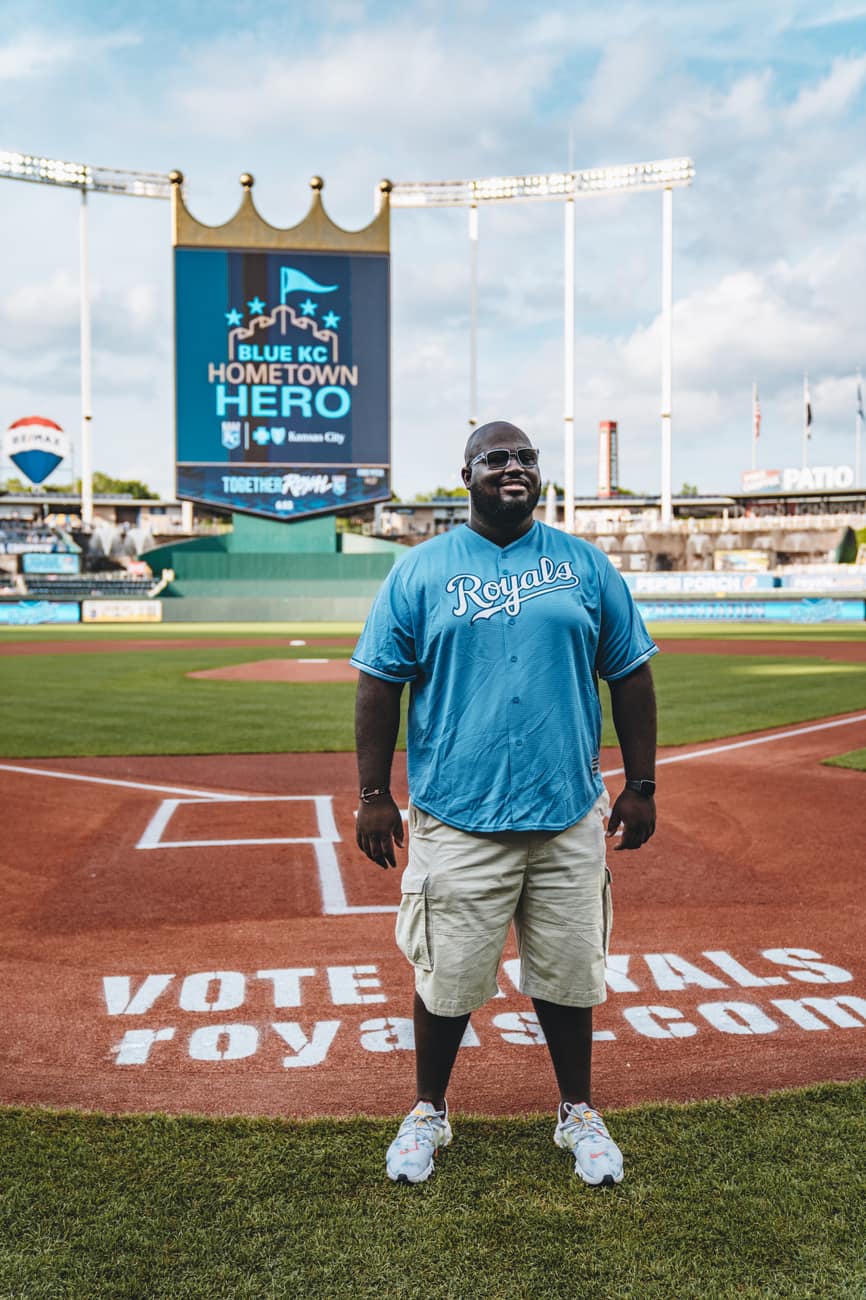 On the night of June 10, Royals Charities honored KCPD Officer Malcolm Whitelaw as a Hometown Hero before the Kansas City Royals and Baltimore Orioles game.

Whitelaw’s reflexes are gold glove worthy too. Not long ago, he saw a teenager on a sidewalk struggling to breathe. Whitelaw performed the Heimlich maneuver on the boy, earning a Life-Saving Award for his heroics.

From Blue Cross and Blue Shield of Kansas City:

Malcolm Whitelaw gives everything he's got to his goals. When he decided on a career in law enforcement, he set his mind on one thing: build community connection. He's done that and more through his work with the Kansas City Missouri Police Department. For all his contributions, Blue KC and the Kansas City Royals are proud to recognize him as a Hometown Hero honoree. Read more of Malcolm’s story: https://bit.ly/3QqIS54.