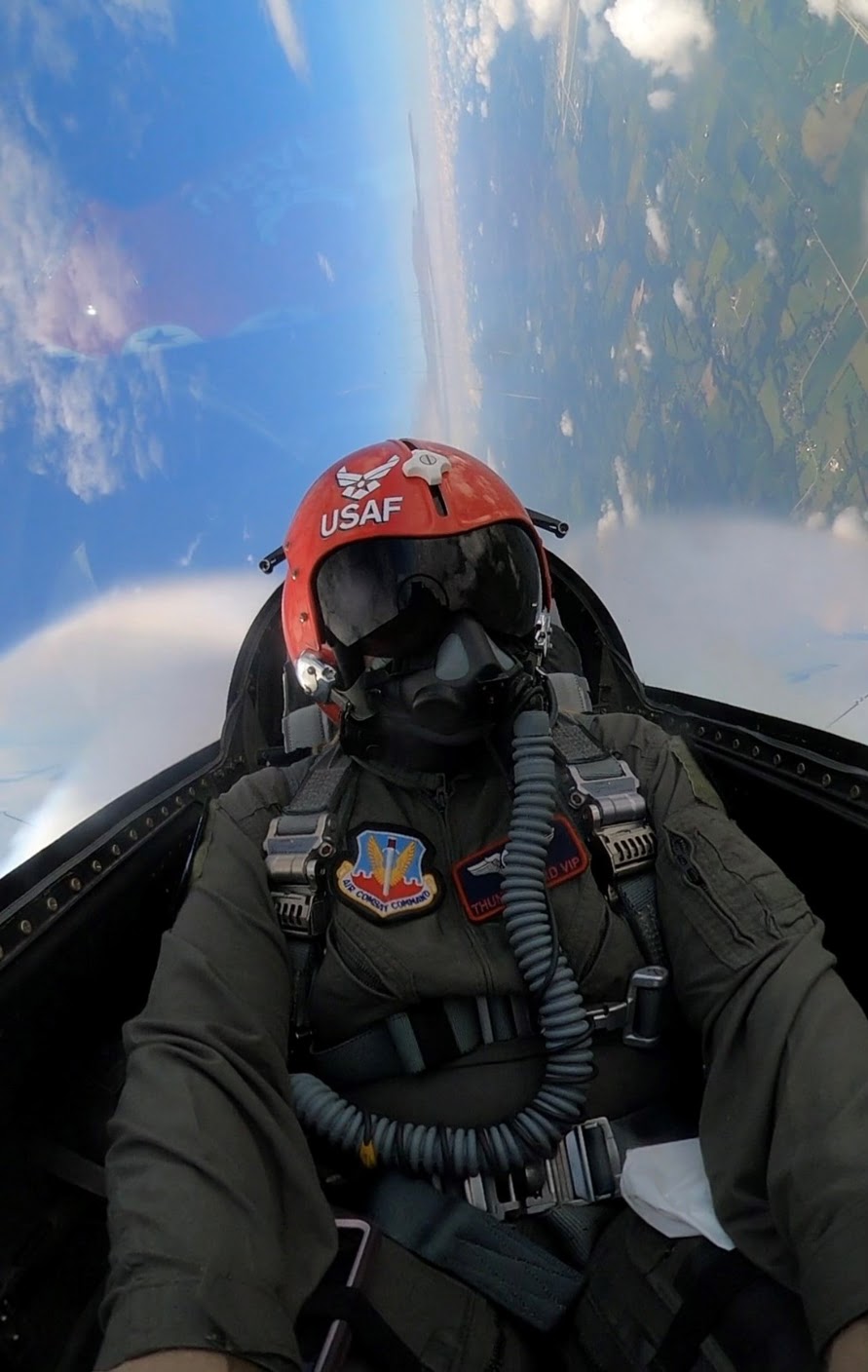 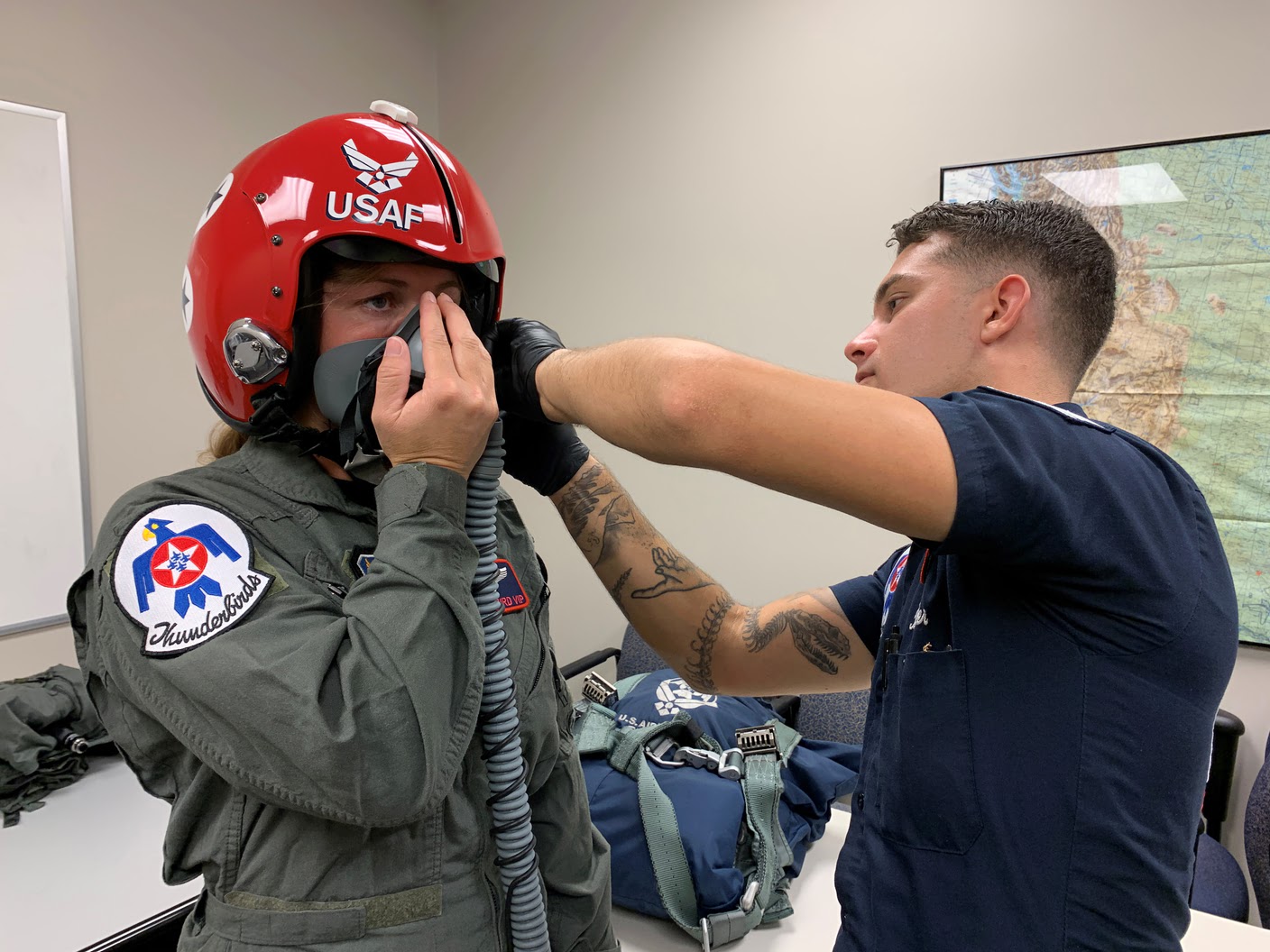 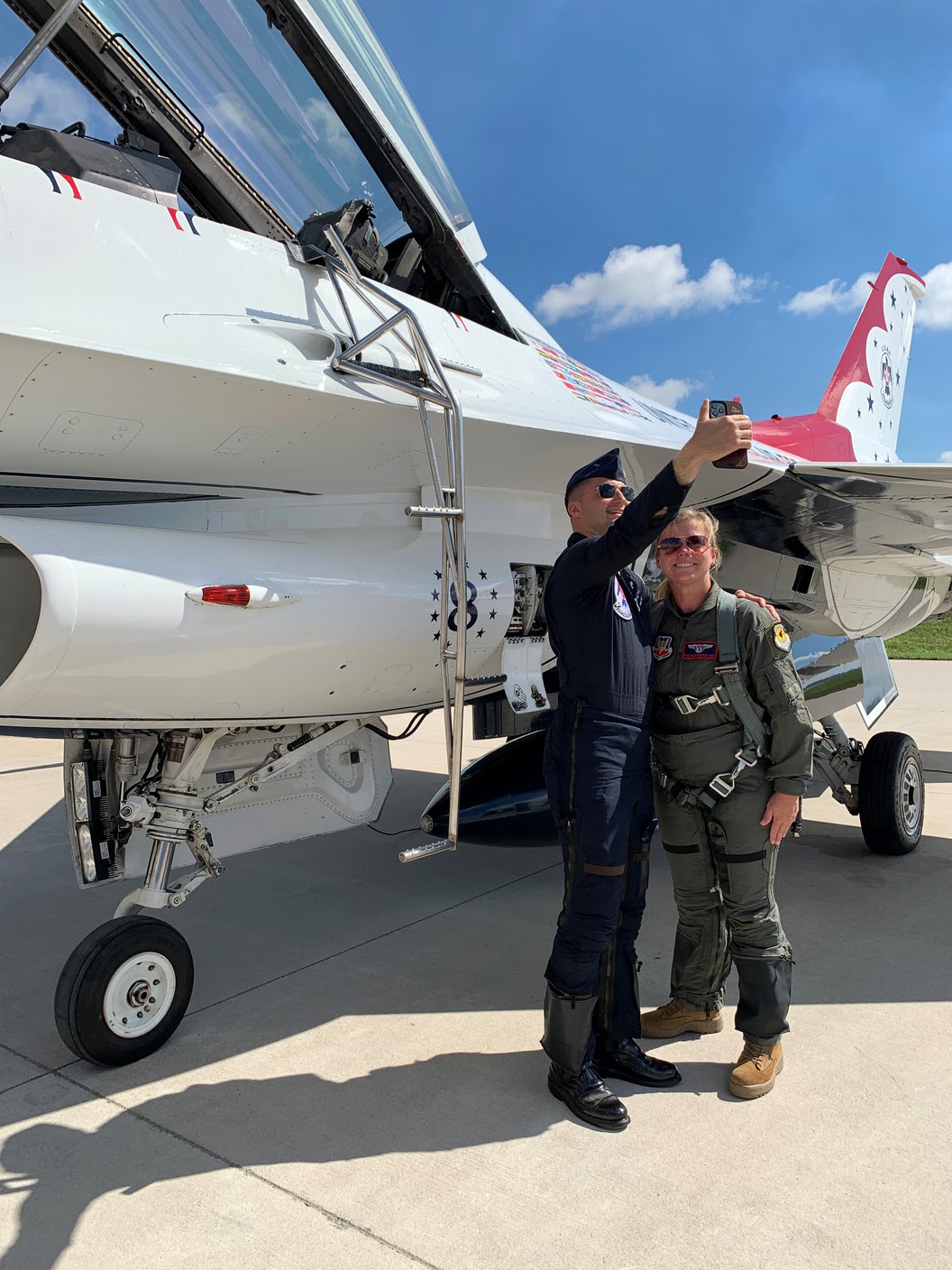 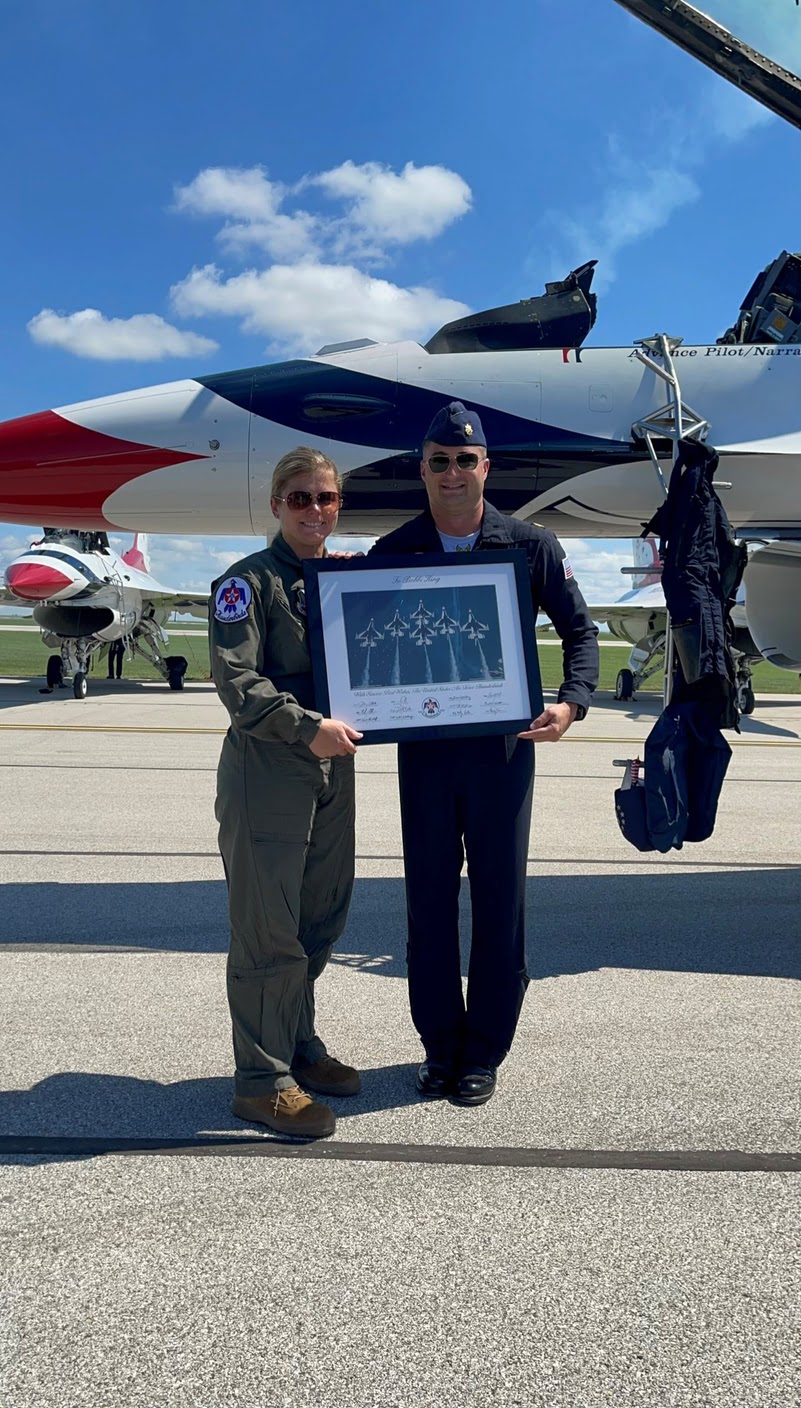 Winner of the Air Force’s Hometown Hero Award, Sergeant Bobbie King flew with the Thunderbirds on September 2 as part of their appearance at KC Air Show.

King flew for an hour aboard an F-16 Fighting Falcon with Major Jake Impellizzeri. The two traveled as far as the Ozarks and back, performing an array of maneuvers.

The Thunderbirds selected King to honor her heroics when she arrested a murder suspect while off-duty in October of 2021.