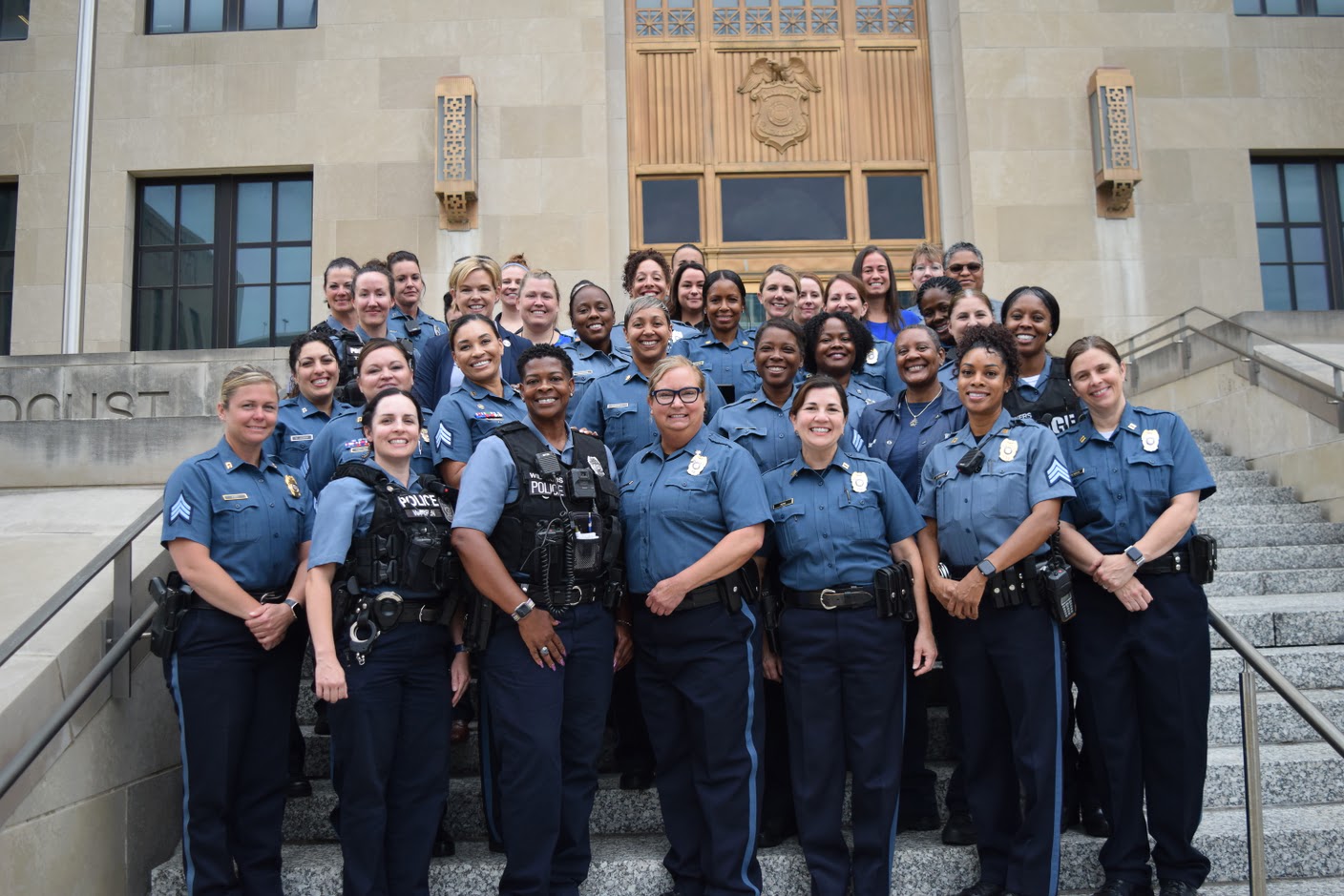 The Kansas City Missouri Police Department will aim to double its percentage of women officers by 2030.

On June 23, KCPD announced it signed on to the 30x30 Initiative, which guides police departments towards reaching the goal of increasing women in recruit classes to 30% by 2030.

Police Chief Joseph Mabin and Deputy Police Chief Karen True will lead these efforts on behalf of the Department.

Currently, KCPD is equal to or ahead of national trends when it comes to women in policing. Nearly 15% of KCPD’s officers are women. That is on par with the national rate of 15%. Where KCPD surpasses most police departments is in the area of leadership. Only 3% of police leaders nationally are women. At KCPD, women make up 15% of the command staff.

In addition to committing to doubling women’s representation at the Kansas City Police Department, Department leadership and Mayor Quinton Lucas are hosting a series of confidential listening sessions for women officers to discuss how to best recruit and retain women.

“Our goal is to not only double women’s representation at the Kansas City Missouri Police Department but to ensure our department’s culture and policies promote an inclusive and diverse workforce for everyone,” said Interim Police Chief Joseph Mabin. “We’re looking forward to hearing from the women in our department, addressing the barriers they may face, and supporting the advancement of women in our department.”

“We understand there are obstacles excluding women from a career in public safety, or even from advancing to a leadership position, including shift work and lack of access to childcare,” said Deputy Chief Karen True, program manager for the 30x30 Pledge. “We hope to gain some insight into the challenges preventing women from joining the force and create policy to improve their experiences and help us improve how we recruit them.”

“Kansas City is ahead of the national curve when it comes to recruiting and retaining women police officers, but there is still much work to be done to make sure our Department reflects the diverse Kansas City community,” said Mayor Lucas. “Women have been underrepresented in policing for generations, and still only make up a small percentage in police departments across the nation, including within the Kansas City Police Department. I applaud Chief Mabin and Deputy Chief True for committing to this initiative, which will help recruit and retain women officers, as well as solve additional staffing challenges facing our Department.”