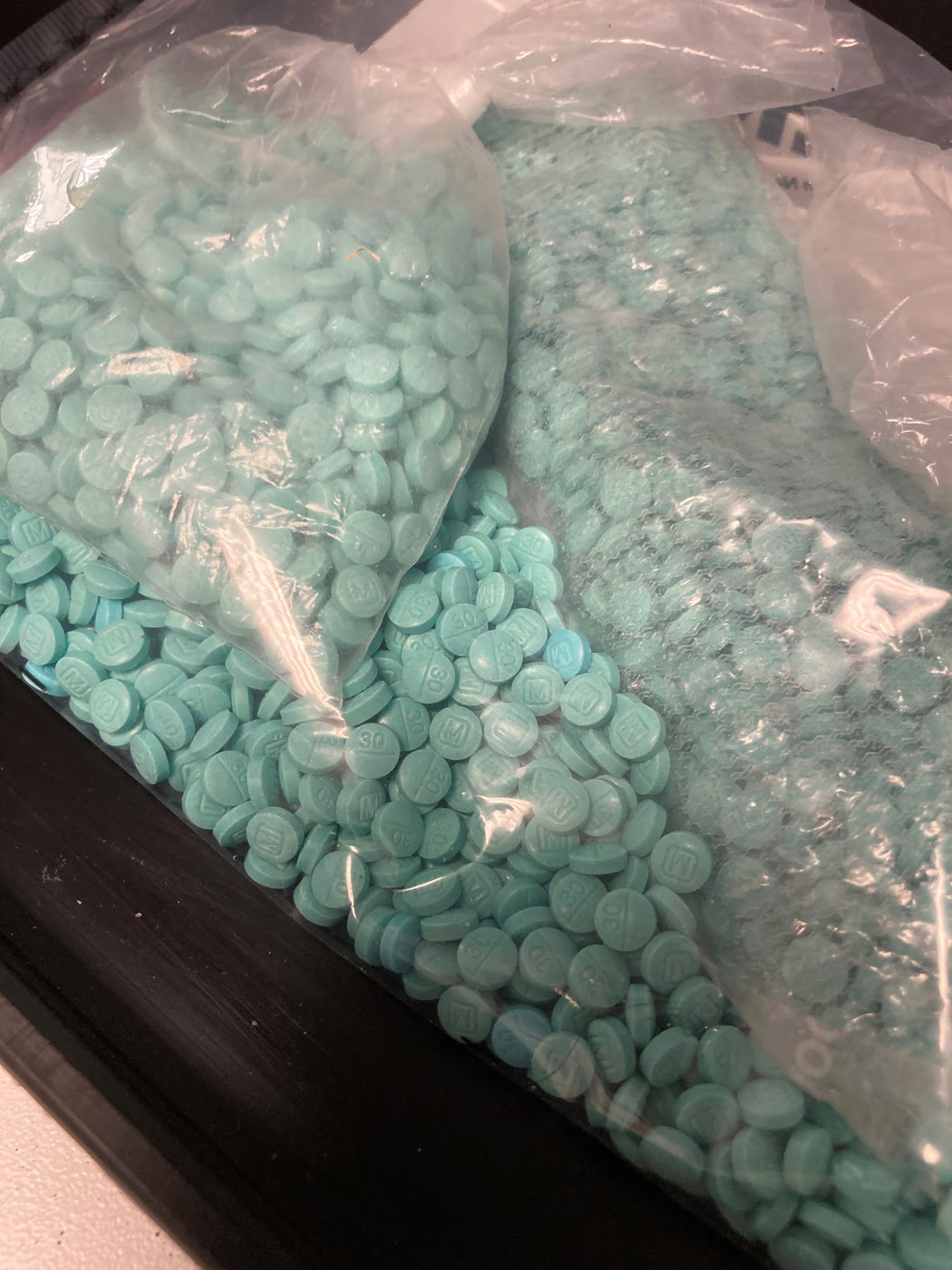 (Image above: seized pills with fentanyl)

The Kansas City Missouri Police Department has responded to four confirmed fentanyl overdose deaths, including a toddler, in a 13-day timespan this month, along with several other suspected fentanyl deaths, and 17 nonfatal overdoses.

In September, KCPD’s Drug Enforcement Unit (DEU) seized four large amounts of fentanyl: a 3,300 pill seizure, an 11,000 pill seizure, a 3,100 pill seizure, and a two-kilogram seizure. The department’s largest seizure this year, to-date, is 41,000 pills. On multiple occasions, the DEU has seized fentanyl in brick/kilogram form.

Drug dealers also mix fentanyl with other drugs like cocaine, methamphetamine, and heroin, with many users unaware they are taking fentanyl.

Please talk with your family and friends; they should never take a medication that was not prescribed to them.

If you know anyone who abuses illicit drugs and opioids, please encourage them to get help with their addiction. Additionally, many groups we work with suggest having Narcan on hand and utilizing fentanyl test kits to determine the presence of fentanyl.