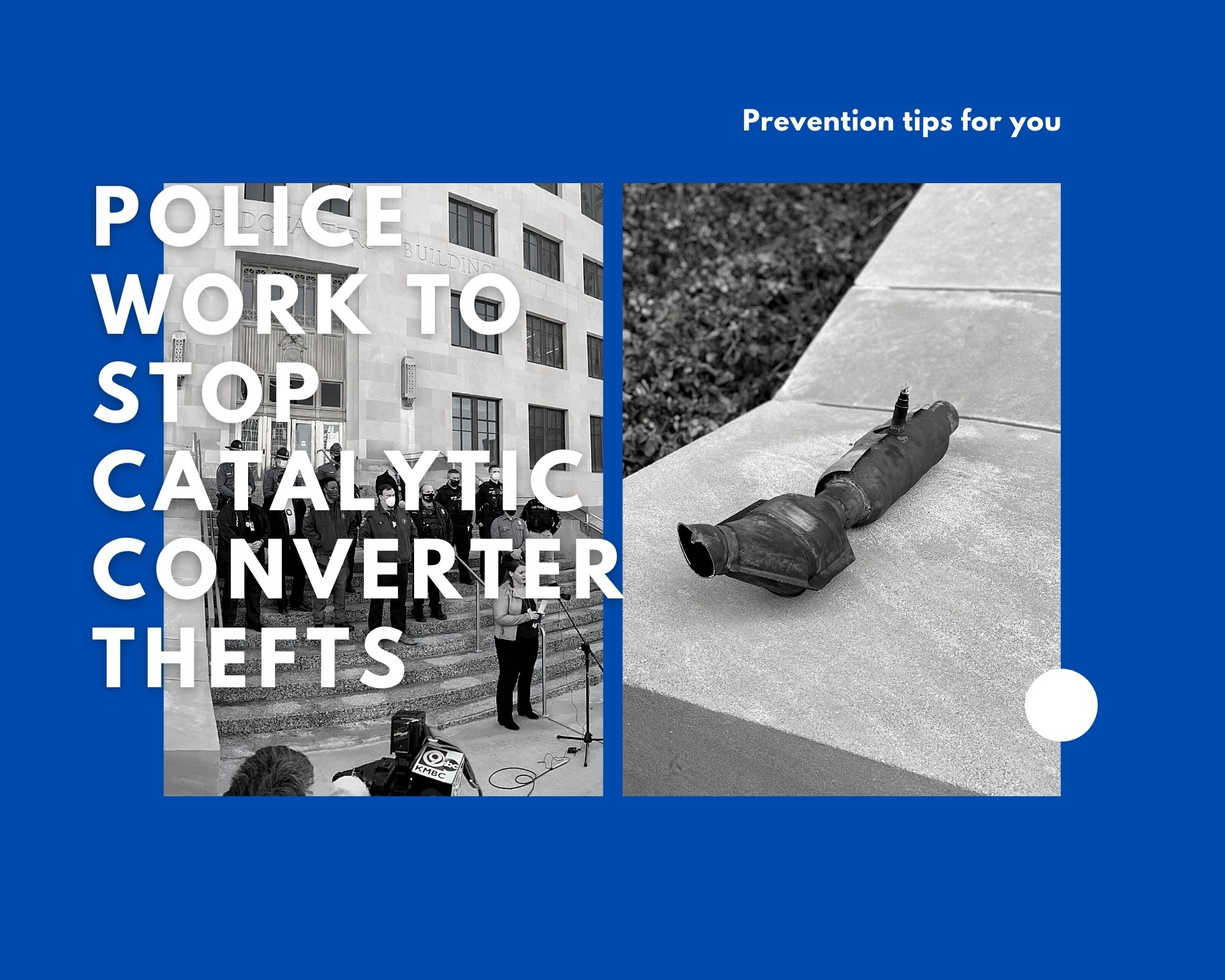 Police are working to combat the rise of catalytic converter thefts throughout the metro area.

From Jan. 1 to Feb. 17, 2021, Kansas City Missouri Police have received 266 reports of catalytic converters stolen from vehicles. That’s compared to 806 in all of 2020 and just 158 in all of 2019. The problem is happening on both sides of the state line, in all makes and models of vehicles. A thief even stole one from a KCPD van.

“Even in the arctic blast we just had, the theft numbers were still coming in very high,” said KCPD Sergeant Dawn Jones, who is helping coordinate a metro-wide effort to stop the thefts.

KCPD has dedicated a working group of property crimes detectives to tackle the issue. They have joined members of numerous other state, county and local law enforcement agencies in Missouri and Kansas whose jurisdictions also are being hit hard by the thefts.

Catalytic converters are underneath vehicles and serve to reduce pollution emissions. They have no moving parts, and it’s extremely rare that daily wear and tear on a vehicle would cause the catalytic converter to stop working and need to be replaced. Thefts are increasing because the price of precious metals contained inside converters like palladium and rhodium are on the rise. It costs on average $1,500 to $2,000 to replace a catalytic converter, not counting the transportation impacts while the car is in the mechanic’s shop. That’s many times the cost of what thieves make from selling the converters.

It takes a thief about two minutes to remove a catalytic converter. Missouri State Statute prohibits selling a catalytic converter without documentation to prove where the catalytic converter came from and how it was obtained (e.g. salvage title, proof of totaled vehicle). This means charges can be brought against the seller of the converter as well as the purchaser. There are many ongoing investigations in the Kansas City metropolitan area, and case files are being presented to local prosecutors for charges of tampering in the second degree. Law enforcement also are monitoring scrap dealers.

Police, deputies and troopers from multiple agencies are working together daily to put a stop to the thefts. They have identified hundreds of catalytic converter theft suspects and investigations are ongoing.

There are a number of steps residents can take to prevent the theft and help with successful investigation and prosecution: