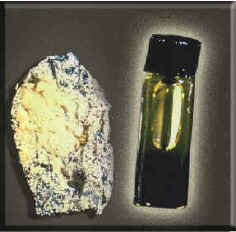 The victim told police he let the 34-year-old suspect stay with him the night of Nov. 19 at the victim’s home in the 3500 block of Jefferson Street. A little after noon Nov. 20, the victim saw the suspect throwing things out of a second-story window. The suspect then climbed out of the window, onto the home’s roof, and jumped off belly-first “like Peter Pan,” according to the victim.

When police encountered him, the suspect was nude and bloodied from his jump. He was running through the front yard and tried to fight the home-owner to get back inside. The victim did not want the suspect back in his house. The suspect would not respond to police commands to get away from the victim, so officers deployed their Taser. After two deployments, the naked suspect was still fighting to get inside the home. After a third Taser deployment, additional officers had arrived. They were able to help the two sergeants who were on scene initially get the man into custody.

Once handcuffed, the suspect spat in the face of Kansas City Fire Department personnel and kicked them. They had to sedate him on the front porch of the home to safely transport him for a medical evaluation. The man was high on PCP, which can cause users to remove clothing and become impervious to pain. KCPD members have responded to numerous PCP-related calls in the last few weeks.