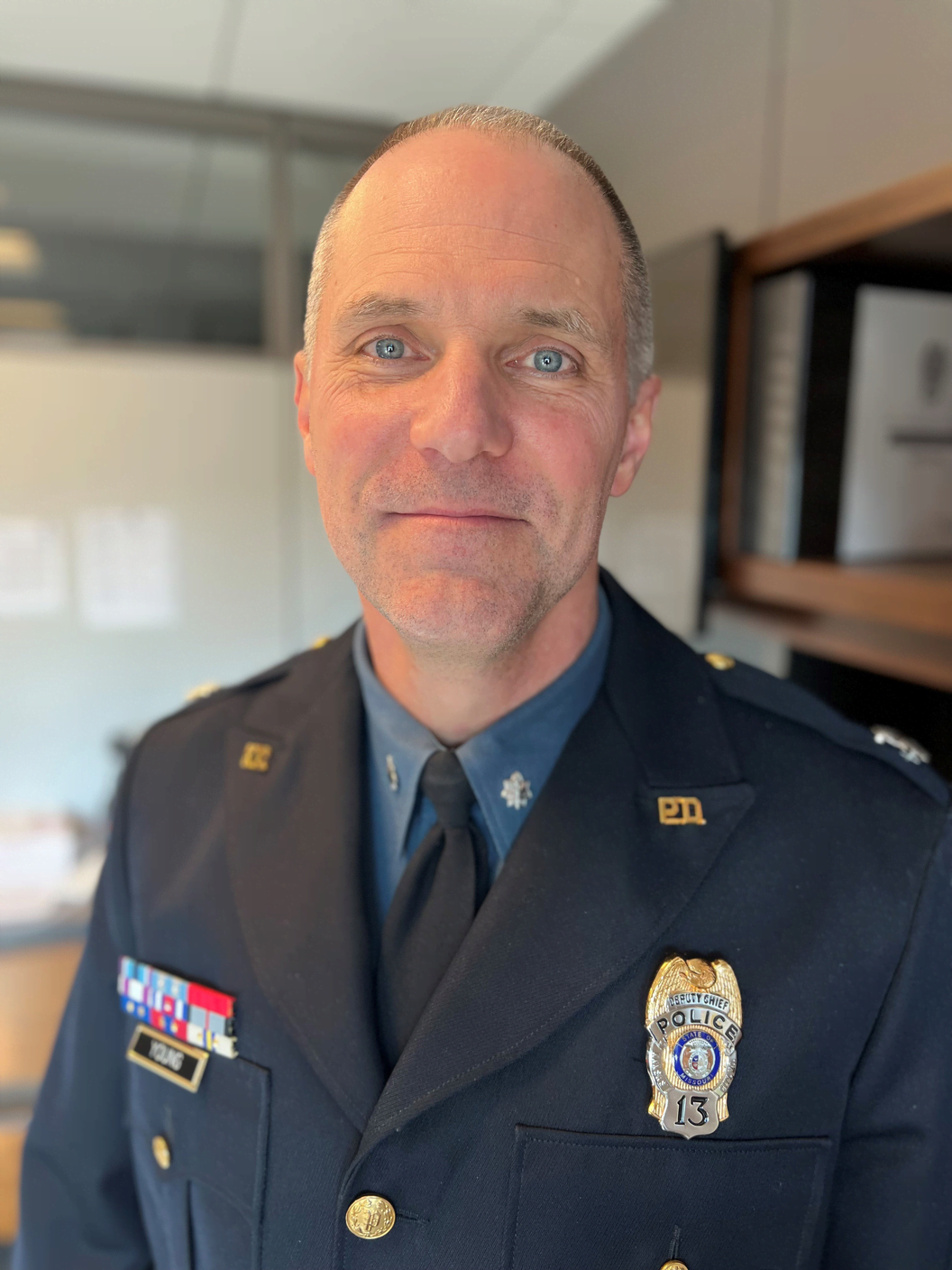 Teaching high school, Steve Young had a purpose. But the calling to do something else tugged at him every time his friends, who were cops, told him how much fun they were having.

It was persistent until Young quit teaching and applied to the police academy. That was 1995 and the beginning of a long line of family members who followed Young to KCPD.

“My brother was teaching grade school in Las Vegas, and he came and did a ride-along one night when I was working in Center Zone,” Young said. “He had so much fun, he came back to town and joined the police department. My son too. My nephew is on. It’s turned into a family thing.”

For the record, Young might have started the trend, but long ago, his great-grandfather was the first to serve. First with KCPD, then with the Jackson County Marshal (where he was shot in the line of duty).

As it does today, KCPD offered officers opportunity in 1995 and that was appealing.

“One of the things that sold it for me was that I could change jobs every few years but keep the same employer,” Young explained. “There are so many things to do here.”

Today, Young is a Deputy Chief serving as the Executive Officer to the Chief’s Office. Getting here took 27 years and a breadth of experience. Being a sergeant at Central Patrol is one of his favorite assignments because of the comradery, while serving as Captain in the Media Unit gave Young a behind-the-scenes view of how the department works.

Most recently, Young served as a major for the Homeland Security Division, overseeing the Regional Fusion Center. The Fusion Center is a regional hub collecting and sharing information to detect and deter terroristic threats.

“I really can’t talk about the most interesting things about it,” Young quipped.

As the Executive Officer to the Chief’s Office, Young is on familiar ground. He once held this position while holding the rank of major. That experience is invaluable because Young began this new role already familiar with its requirements and its method of operation.

“Deputy Chief Young is a respected commander with a reputation for making solid decisions and moving the department forward in a positive way,” Chief Stacey Graves said.

“Deputy Chief Steve Young is an exceptional police officer who helped lead our department and our city through challenging times, always with concern about making us a safer city and standing up for our rank-and-file officers. I am confident that Deputy Chief Young’s experience will be an invaluable asset to Chief Graves, KCPD, and the community as a whole,” said Mayor Quinton Lucas.

As Deputy Chief, Young will support Chief Graves in carrying out her priorities while overseeing the Internal Affairs Unit, the department’s research tasks, and its relations with officers.

“One of the most important things is our relationship with labor,” Young said. “The men and women need to know that they’re treated fairly. I want to make rank and file feel treated fairly. That’s my focus.”

Young’s 21-year-old son graduated from the police academy in November of 2022 and is now serving and protecting Kansas City. His son, Young said, completed two years of college, then started as a parking control officer because he was too young (under 21) at the time to be a police officer.

“It was a great head start for him,” Young said. “You learn geography, radio procedure, recovering property, our culture. Then you go to the academy and you don’t have to stress about it because you already know it. It’s a great path for people who don’t go to college.”

Take it from Young. He knows how to find the right path.