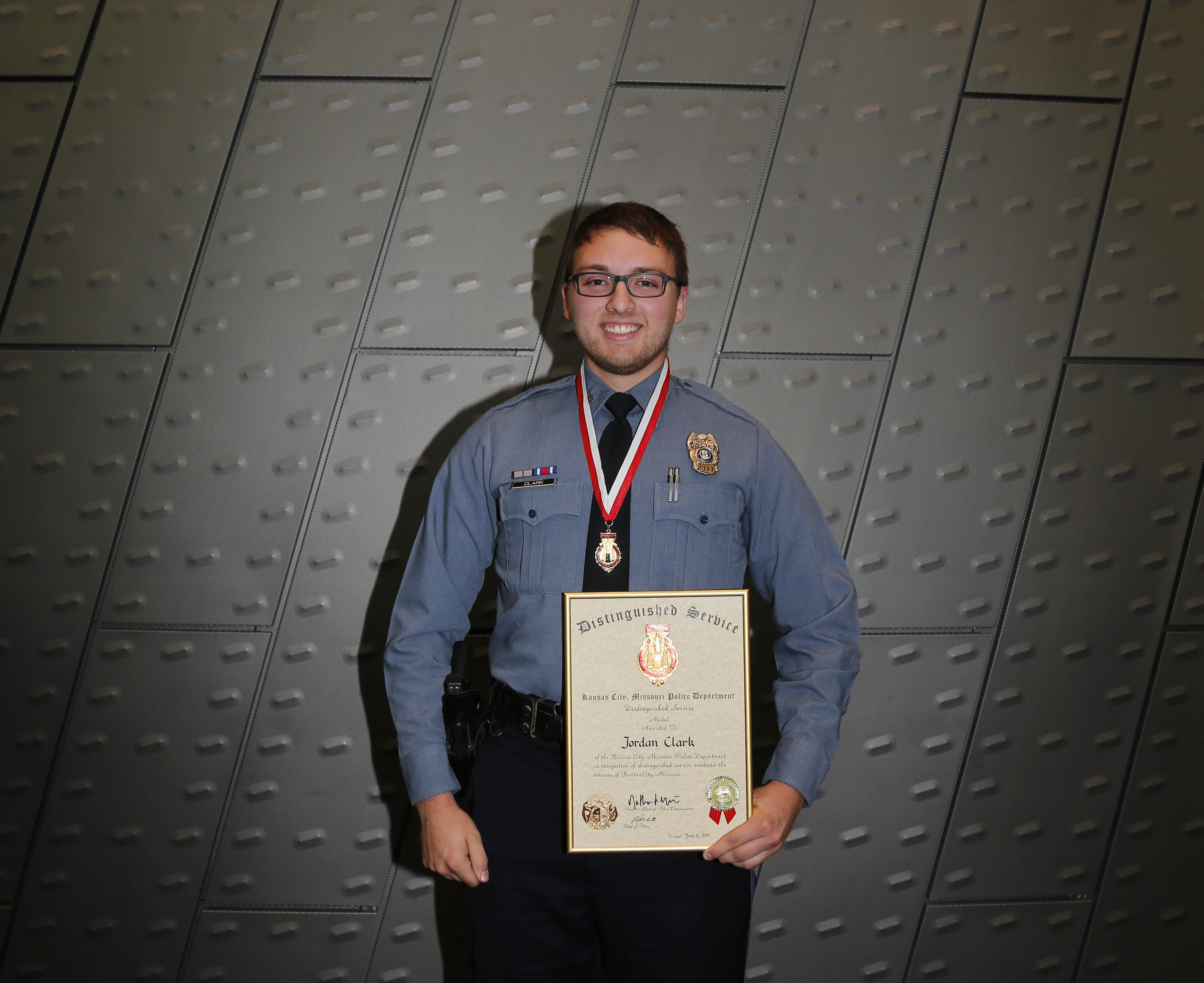 Officer Jordan Clark saw a suspect commit a homicide, chased him in a vehicle pursuit into Kansas and took a suspect into custody all by himself on the morning of August 25, 2018.

It was 5 a.m. that day, and Officer Clark was watching for traffic violations at the intersection of Meyer Boulevard and Swope Parkway. He saw a Dodge Charger tear through the intersection at such a high rate of speed that he was unable to stop it. Officer Clark drove through the area looking for the vehicle and found it parked in the driveway of a home in the 6800 block of Cleveland.

He positioned himself to conduct surveillance on the Charger. Then he heard multiple gunshots and saw a man run to the car and speed away in it. Believing that he had just witnessed a shooting, Officer Clark pursued the driver through the residential areas. The Charger eventually merged onto I-70 and then I-35, traveling at a high rate of speed. Officer Clark lost sight of the car for a while but kept going in the direction he thought the driver was traveling. Due to the time of day and unforeseen circumstances, Officer Clark was pursuing the vehicle alone.

As he chased the vehicle, officers responded to the house in the 6800 block of Cleveland and found a person who had been shot to death. Meanwhile, Officer Clark caught up to the vehicle. The driver had lost control and wrecked at I-35 and Rainbow Boulevard in Kansas City, Kansas. Officer Clark was still the only officer there, so he conducted the high-risk felony car check by himself, maintaining great composure while doing so. He was able to take the suspect into custody without incident.

Further investigation revealed the driver had dropped off the man who committed the homicide during the time that Officer Clark lost sight of the Charger. But Officer Clark did not know that at the time and believed he could have been stopping the shooter. The driver was charged with felony resisting arrest, and his apprehension quickly led police to the homicide suspect, who was charged with first-degree murder.