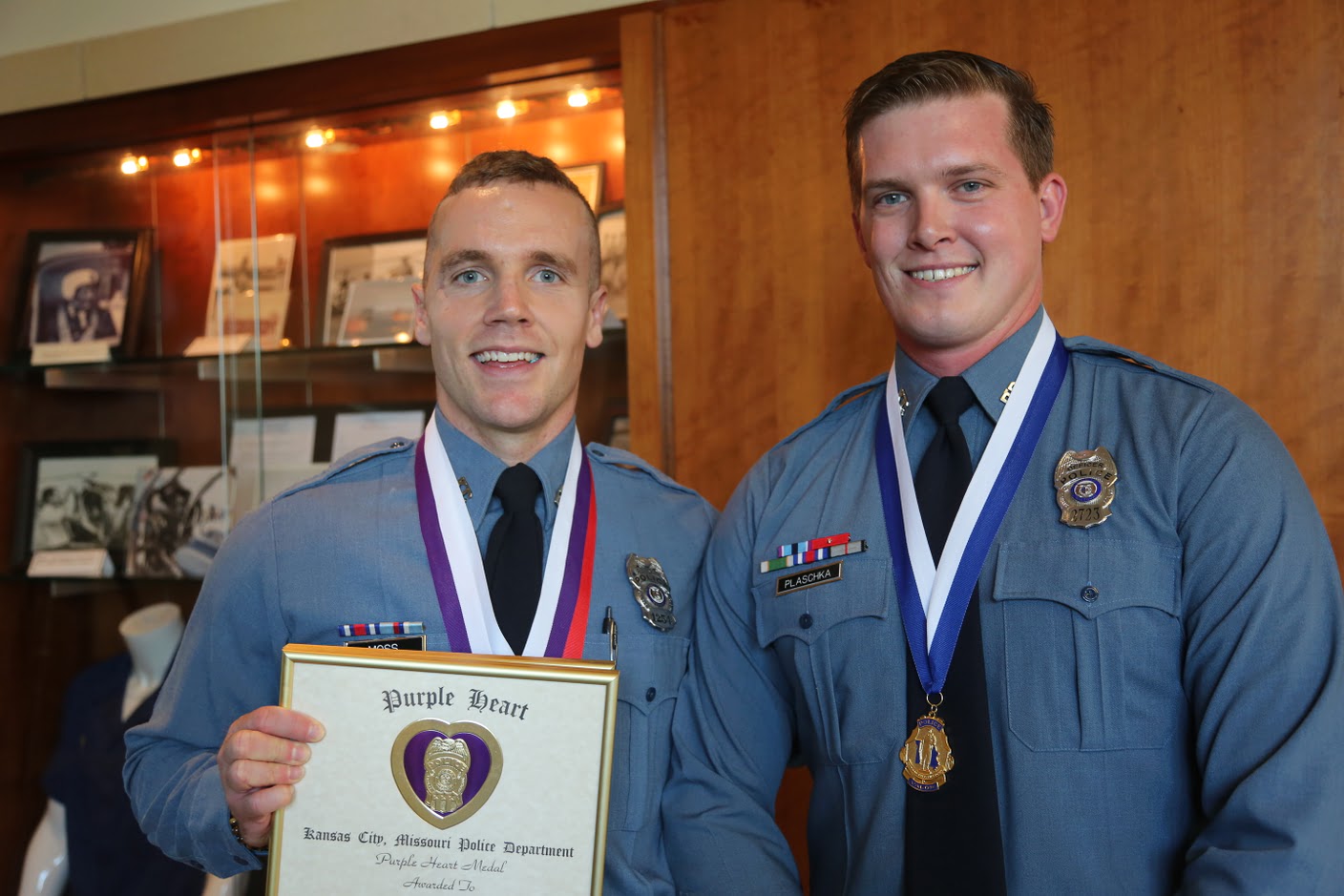 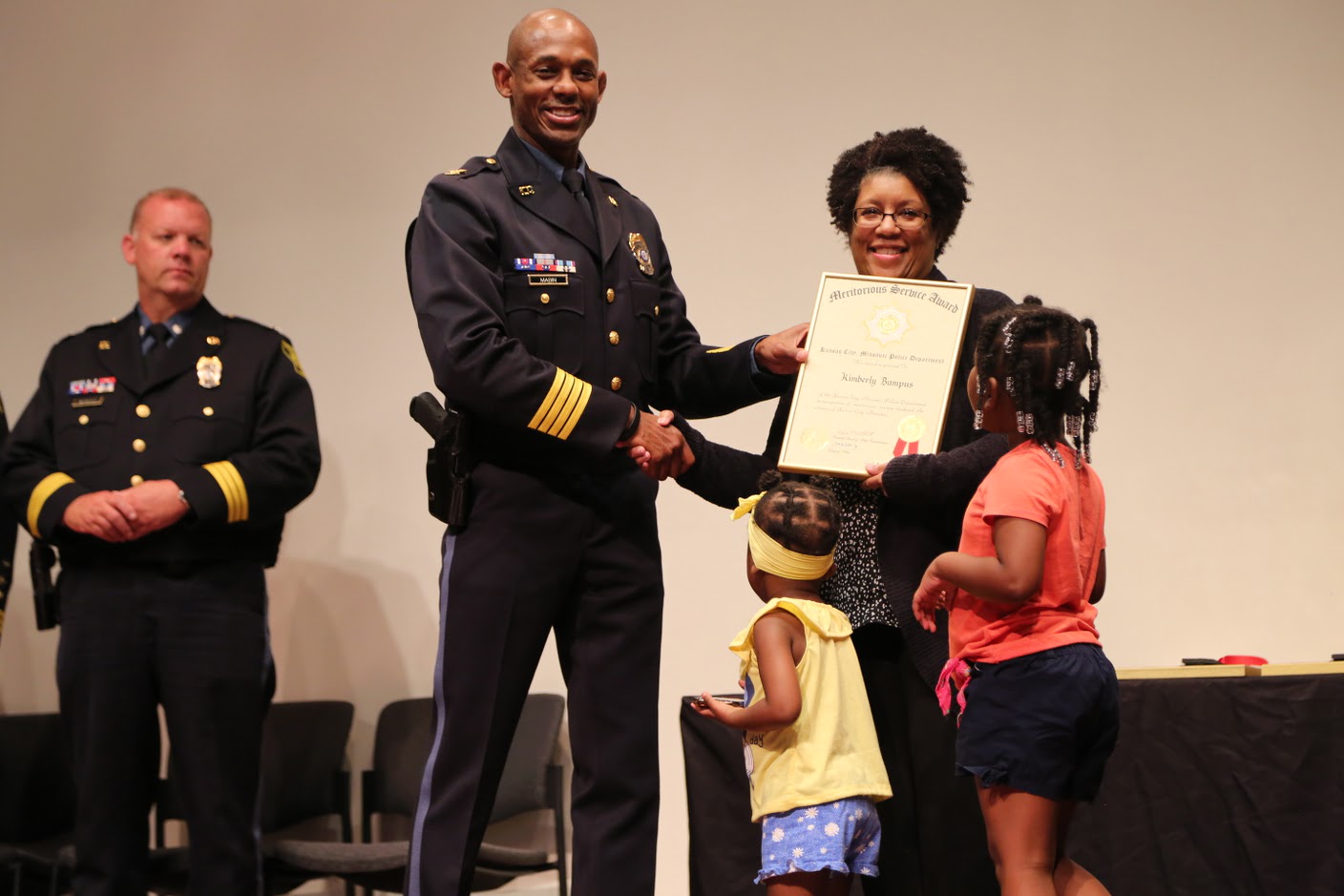 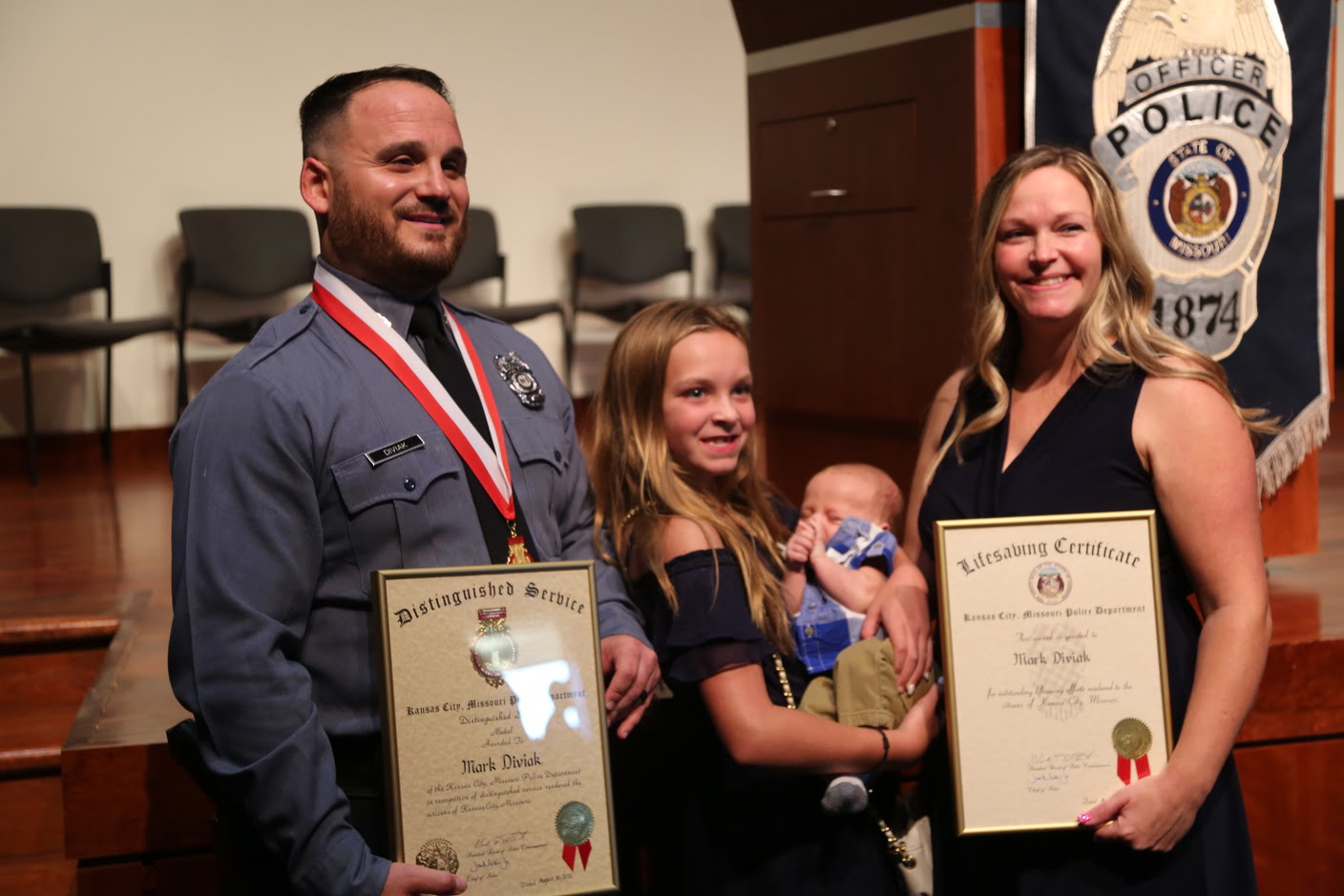 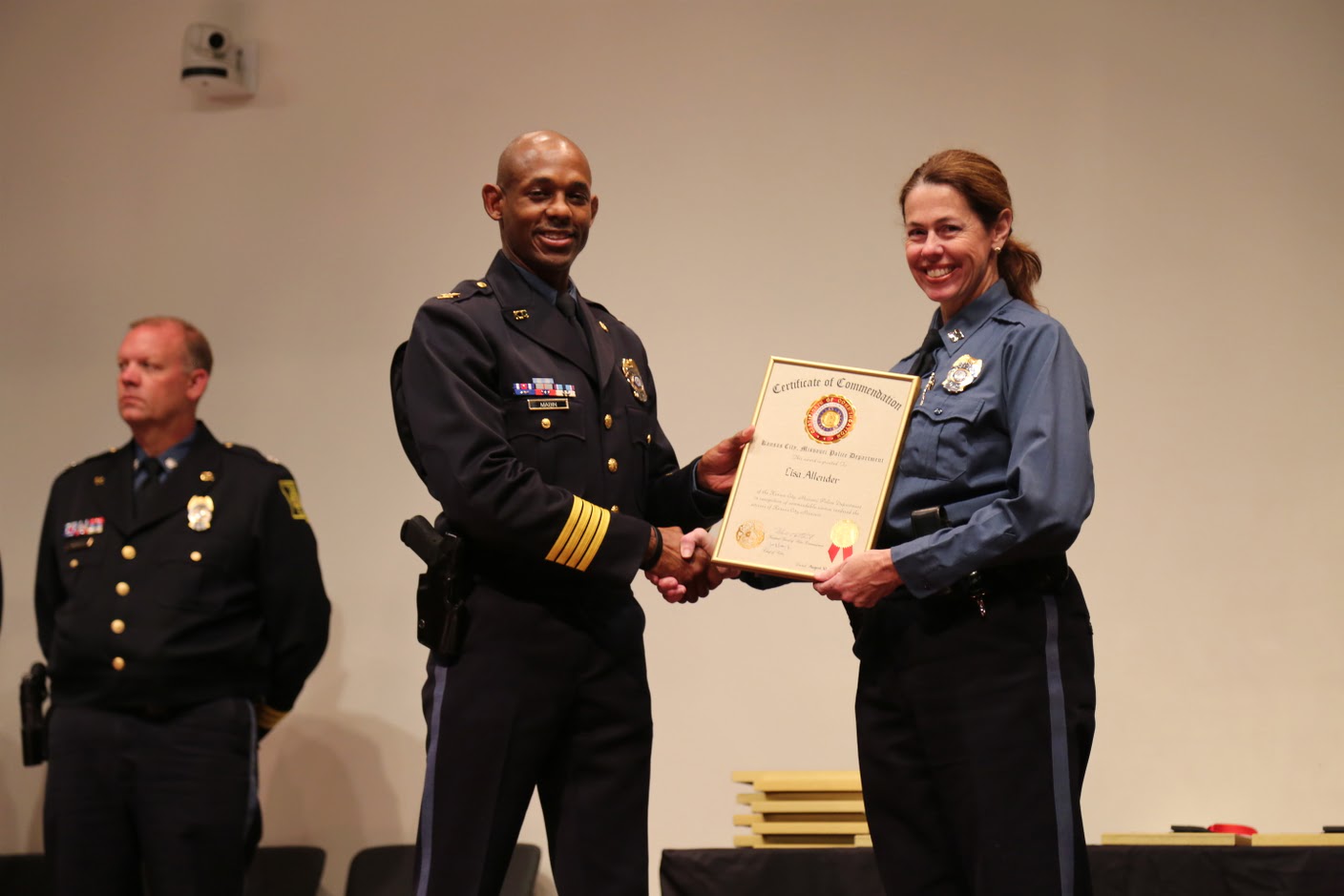 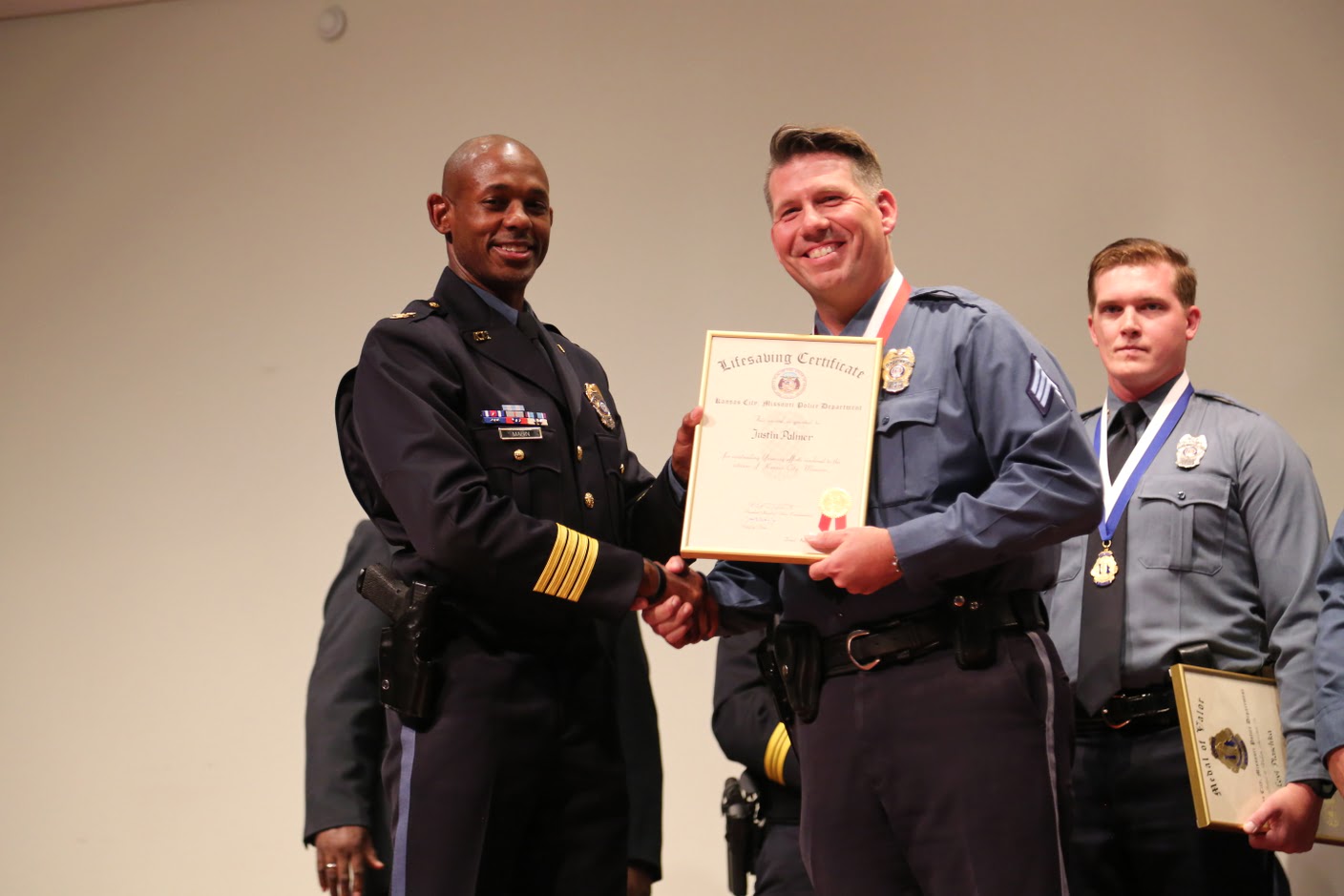 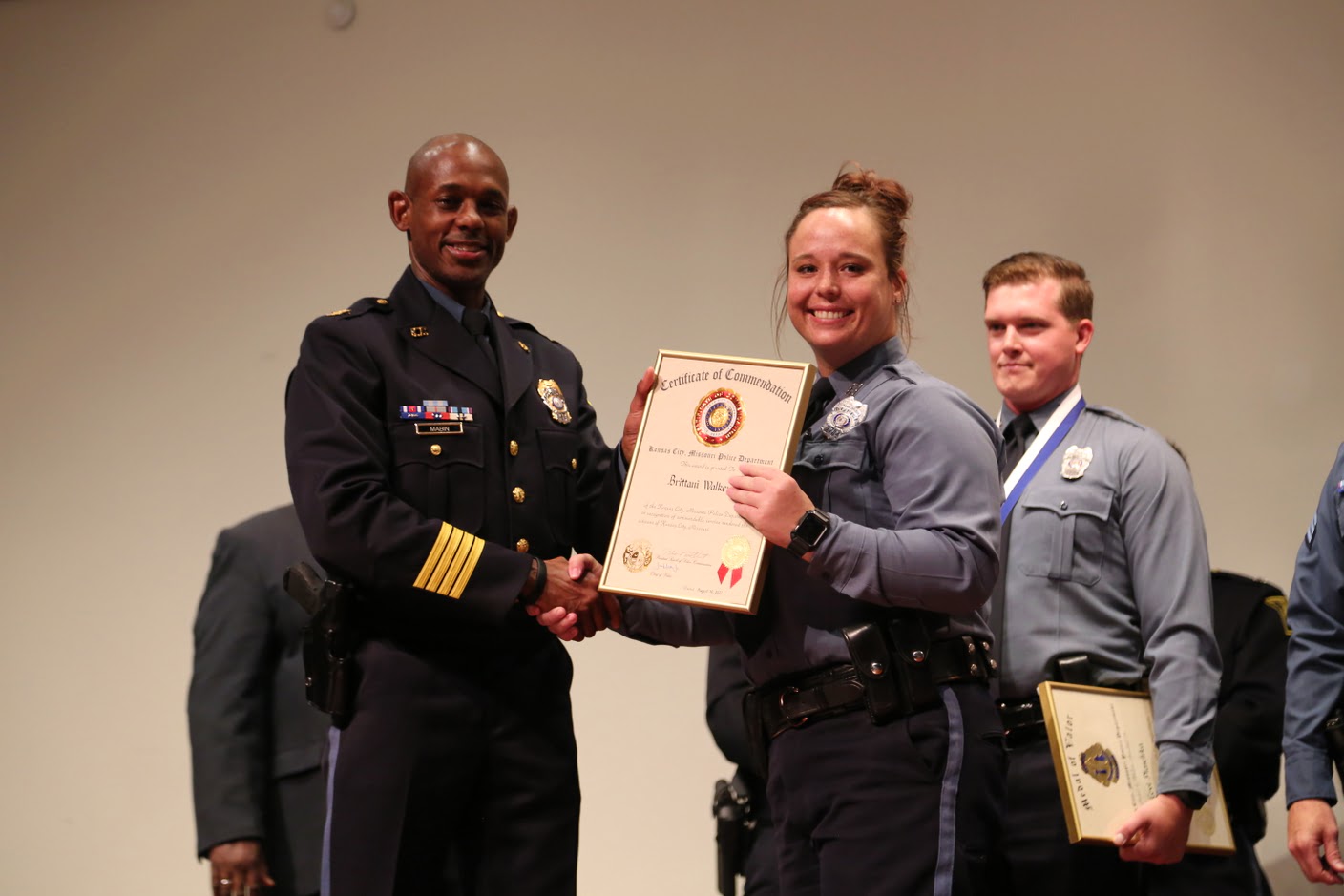 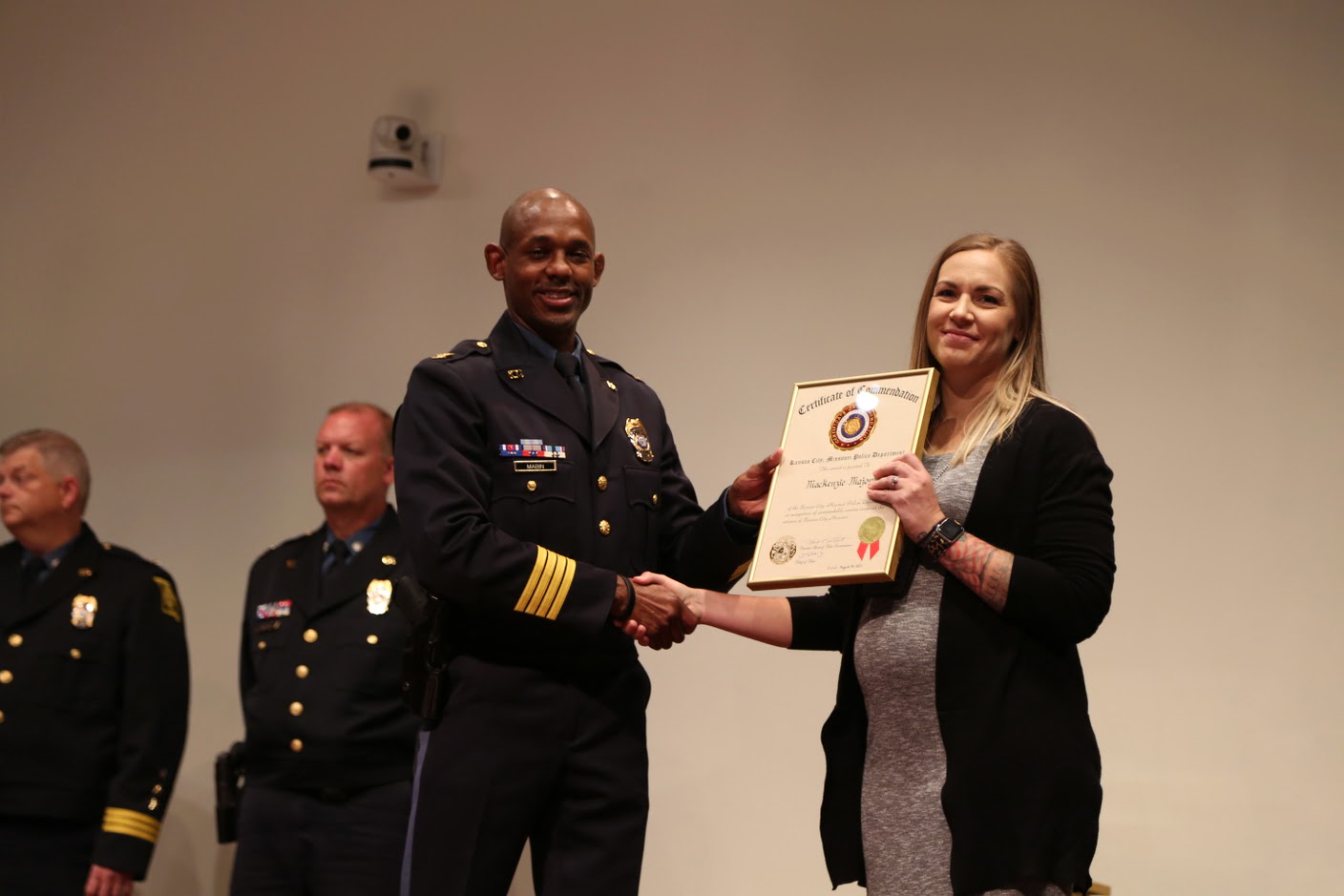 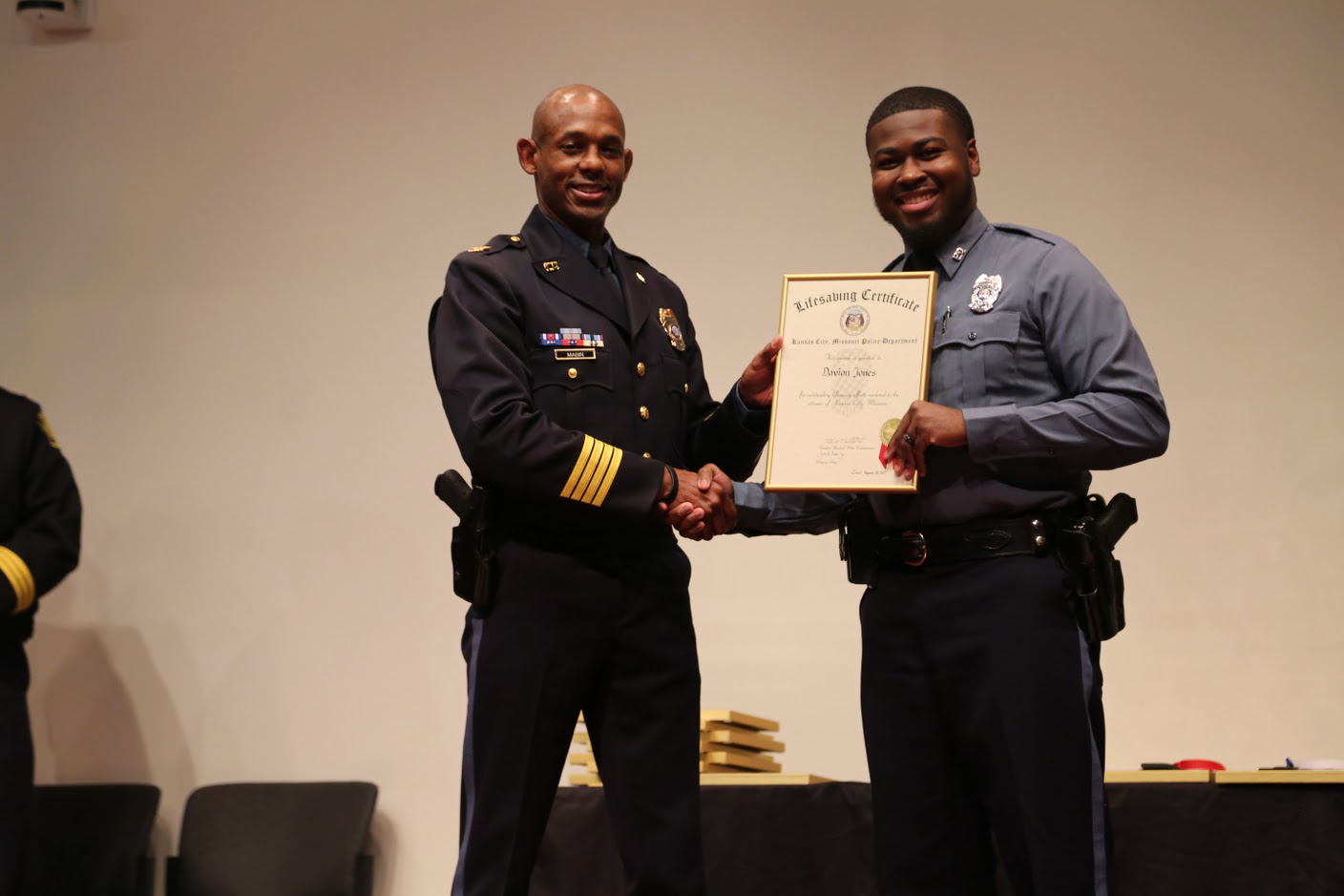 On August 30, Officer Levi Plaschka received KCPD’s highest award, the Medal of Valor, for his heroics in helping to save fellow Officer Tyler Moss who was shot in the line of duty on July 2, 2020.

Five other officers received Life-Saving Awards, among other employees who received Meritorious Service Awards and Certificates of Commendation.