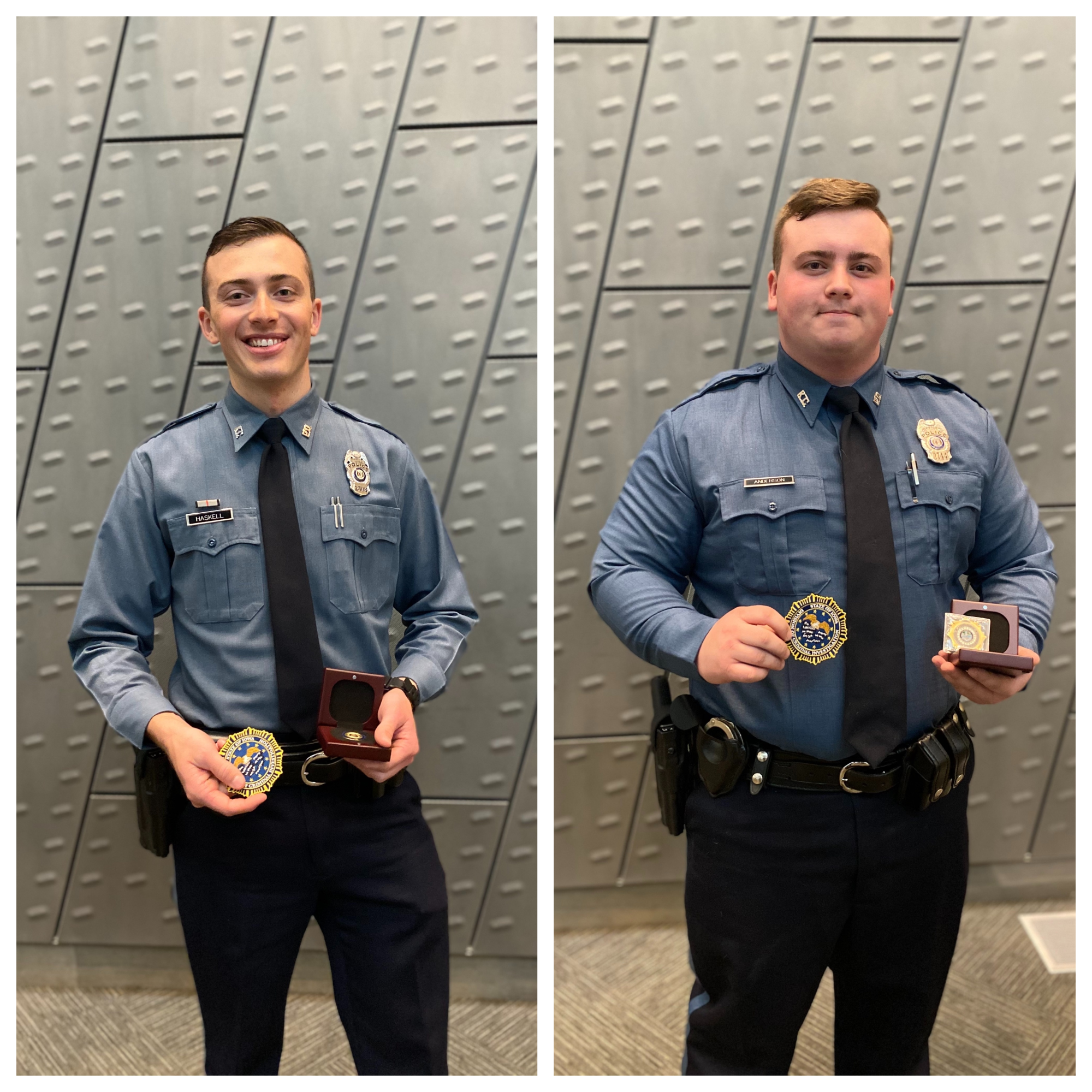 Iowa law enforcement officials recognized two KCPD officers March 10 because of the extra mile they went on a seemingly mundane call for service that helped solved a homicide in Ames, Iowa.

Alert residents called police the afternoon of Feb. 20 to report they’d seen a man put a trash bag into a drainpipe. When Officers Derek Haskell and Cory Anderson arrived, they looked in the contents of the bag and found evidence of a possible violent crime, as well as someone’s personal effects.

The officers used some of those personal effects to find the owner. They were able to trace it to a woman in Ames, Iowa. They asked Ames police to check the welfare of the woman at her last known address. Ames officers located the woman, 37-year-old Ranea Bell, dead inside. She was the victim of an apparent homicide.

Follow-up investigation by Ames Police and the Iowa Division of Criminal Investigation has identified the suspect in the case as 33-year-old Richard G. Fleck, also known as Rashaud Sims. He is a black man, about 5’8 and 160 pounds, and has tattoos on his hands and neck. If you know where he is, please call 911.

A discarded trash bag isn’t a high-priority call, but the officers who responded took extensive time interviewing the witnesses who saw the man put it there. None of the personal effects in the bag had the victim’s name or address. The officers worked diligently to connect them to the victim.

Representatives from the Ames Police Department and Iowa Division of Criminal Investigation came to Kansas City on March 10 to present certificates, coins and patches to Officers Haskell and Anderson for going above and beyond. KCPD Deputy Chief Mark Francisco also presented the officers with a special challenge coin for their work, on behalf of Chief Rick Smith.