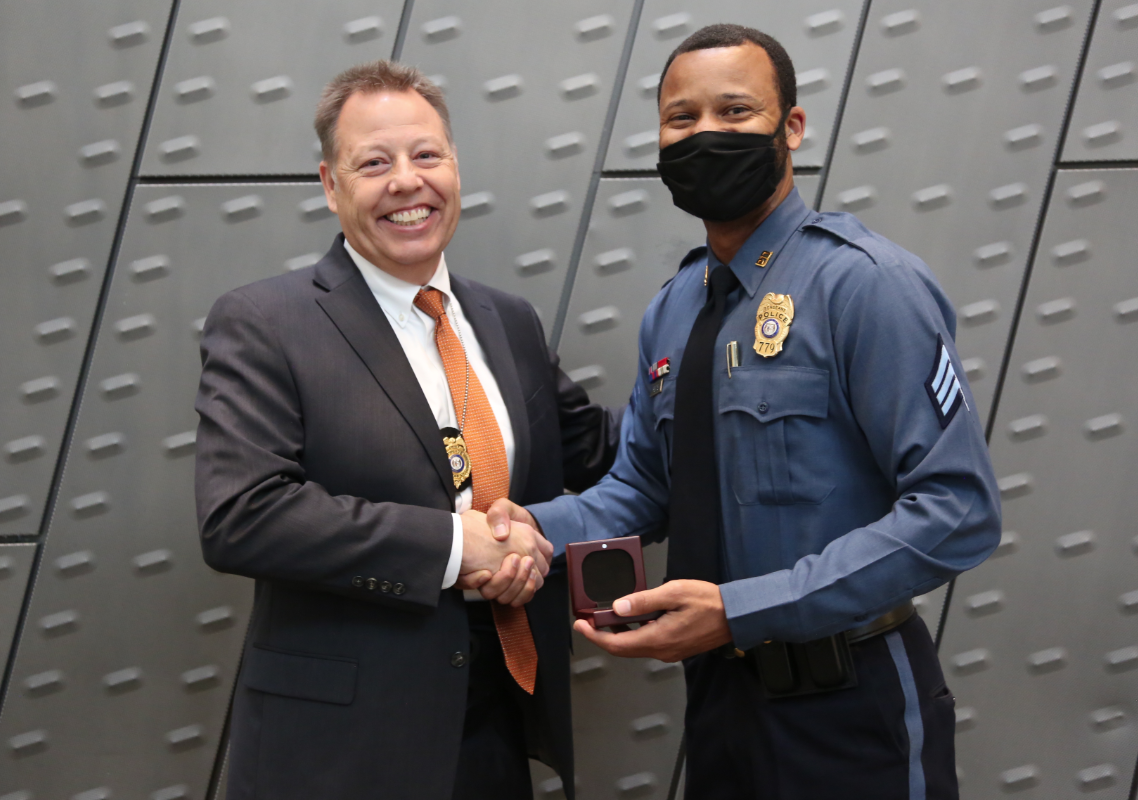 When Sgt. Dion Rentie was a kid in Tulsa, Okla., trouble was as common as the gang members and drug dealers.

Rentie’s older brother brought guns to school, and his single mother worked multiple jobs. He was admittedly unstructured and headed in the wrong direction until a fateful day when Rentie, 12, played catch in the street.

Police officers, driving by, stopped. Some of Rentie’s friends ran away. But when the officer got out of his vehicle, he raised his hands and proclaimed, “I’m open.”

“It honestly saved my life,” said Rentie who received the Chief’s Coin on Nov. 17 for his dedication to kids who take part in the Police Athletic League of Kansas City (PAL).

Back in Tulsa, those officers were beginning a PAL-like program that gave Rentie and his friends a safe haven in the form of basketball courts and football fields.

“It was safe because you didn’t have to worry about gunshots, getting into fights, or stealing,” Rentie said. “It was an escape and it changed my perception of the police. They cared for us. It changed my life.”

A 17-year-veteran of KCPD, Rentie is now devoted to changing the lives of kids who need their own safe place. His path has purposely come full circle where he now works with PAL kids, encourages them, and shows them care.

“It’s my passion,” Rentie said. “It’s my heart. It’s in my blood. Before I get to work, I’m at peace because I know I’m going to see a bunch of smiling faces.”

For his complete devotion to PAL kids and his example of perseverance, Rentie is the latest officer to receive the Chief’s Coin. The Chief’s Coin recognizes exemplary efforts.

PAL’s mission is to offer youth the opportunity to interact with police officers in a positive setting while participating in cultural, mentoring, and athletic programs. Learn more at www.kcpal.org.