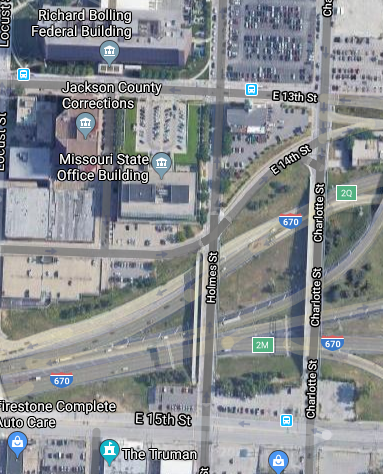 As rush hour was winding down Monday, Jan. 27, police were called to assist paramedics with a man lying naked on Interstate 670 in the Downtown Loop.

At about 6:30 p.m., a driver on westbound 670 called 911 to report the naked man was on the highway. The 48-year-old man was lying underneath the Holmes Street Bridge. He was conscious but was confused about why he was lying on the highway. He said he could not remember how he got there. He repeatedly told officers how cold it was outside.

Police shut down all but one lane of westbound 670 for about half an hour. Another officer went onto the Holmes Street Bridge directly above where the man was found. He located the man’s belongings – including his clothing – on the bridge.

An ambulance transported the man to a hospital, where officers learned he had a broken ankle. No citations were issued.