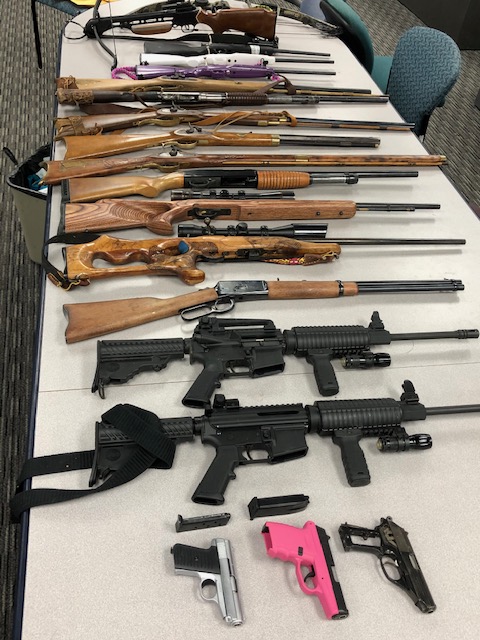 Police recovered 17 stolen guns along with methamphetamine and other stolen property in a bust on Wednesday, Dec. 18.

A group of KCPD detectives tasked with investigating high-level criminal activity got a tip that three suspects – two men and a woman – were driving a stolen Ford Explorer and were in possession of numerous stolen weapons. Working in conjunction with the Independence Police Department and U.S. Marshals, the detectives found and stopped the car with the suspects in Independence, Mo. Inside the vehicle were 17 stolen guns, ranging from lever-action rifles to semi-automatic handguns, as well as two cross-bows. Detectives also recovered a stolen television, jewelry and more.

The stolen weapons that were recovered are pictured here.