Police save boy from choking 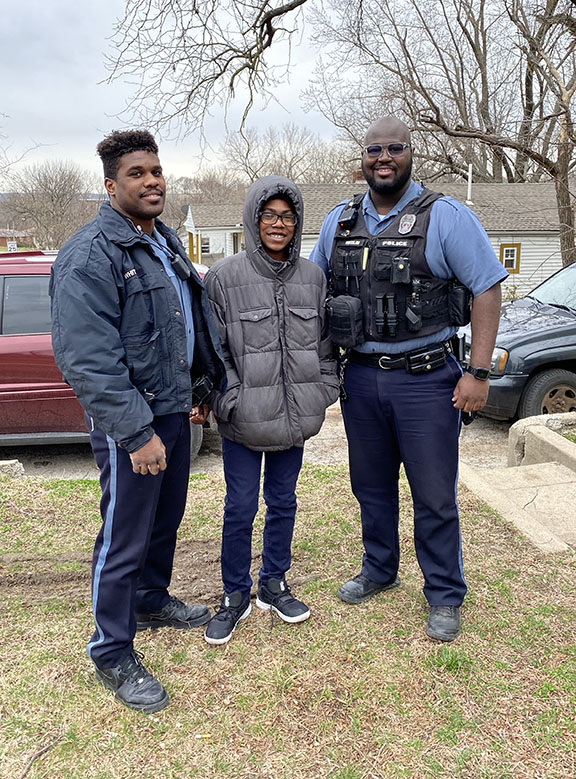 A 13-year-old boy is alive today thanks to two East Patrol Division officers who were in the right place at the right time.

At about 5 p.m. Thursday, March 12, Officers Whitney and Whitelaw were patrolling the area near 17th Street and Fuller Avenue. As they drove down 17th Street, they saw a boy hunched over. Officer Whitelaw kept watching him in the rearview mirror, and when he didn’t stand up straight, Officer Whitelaw turned the police vehicle around to see if the boy needed help.

It turned out that 13-year-old Isaac was choking on a large piece of carrot he’d been eating as he walked. Officer Whitelaw performed the Heimlich maneuver on Isaac, which dislodged the carrot and stopped him from choking.

“You saved my baby!” Isaac’s mother exclaimed upon meeting the officers.