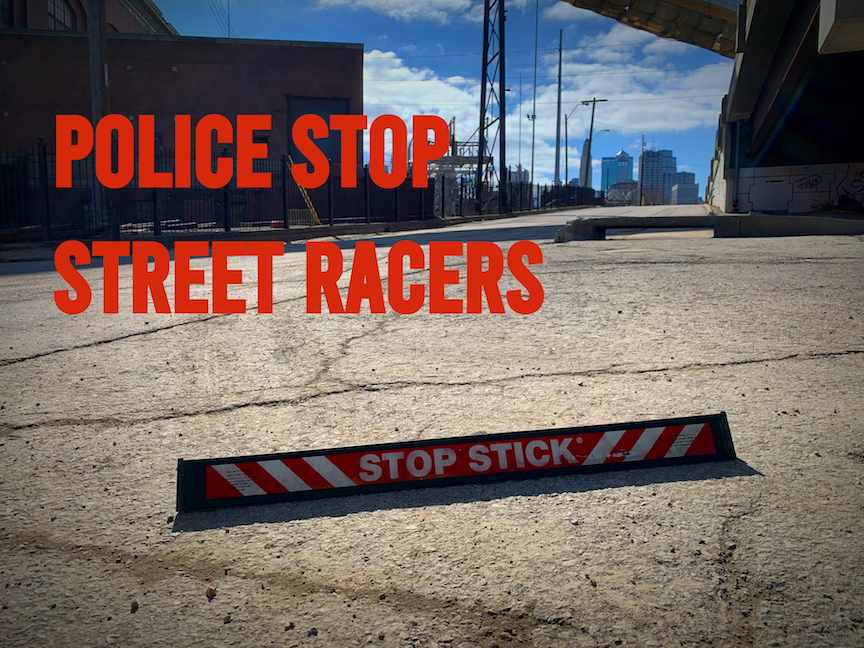 Kansas City Police confronted street racers and the violence that ensued from them throughout the City on Tuesday night, ticketing and towing many of them.

Police received several calls throughout the evening of Feb. 23 about street racing, dangerous driving and shots fired. Reports ranged from downtown to Front Street and some further south.

One report of the racers involved shots fired at Truman and Paseo. There were games in progress at the nearby Kansas City MLB Urban Youth Academy at the time. The racers also threw bricks at officers from the 23rd Street overpass above Interstate 435. Fortunately, there were no injuries reported in either incident. The vehicle of one officer responding to the scene was struck by gunfire. The officer was not injured.

Police caught up to the racers at 17th and Manchester about 9:45 p.m. There were approximately 150 vehicles blocking Manchester.  Officers split up and boxed the racers in. Then police laid out Stop Sticks, also known as spike strips. About 50 to 60 vehicles fled the area, many of them striking the Stop Sticks in their attempt to do so.

Officers were able to tow 18 vehicles, and they issued 67 tickets. Most of the towed vehicles had struck the spike strips. One, driven by a 17-year-old girl, got stuck in the mud. The girl had borrowed her father’s car that evening. It was towed with the others. Police also recovered a gun and a stolen vehicle.

Two people showed up at an area hospital with gunshot wounds about the time of the incident. One confirmed that he had been in the area of the racing when he heard gunfire and realized he’d been shot. Another man was unconscious and is in critical but stable condition.