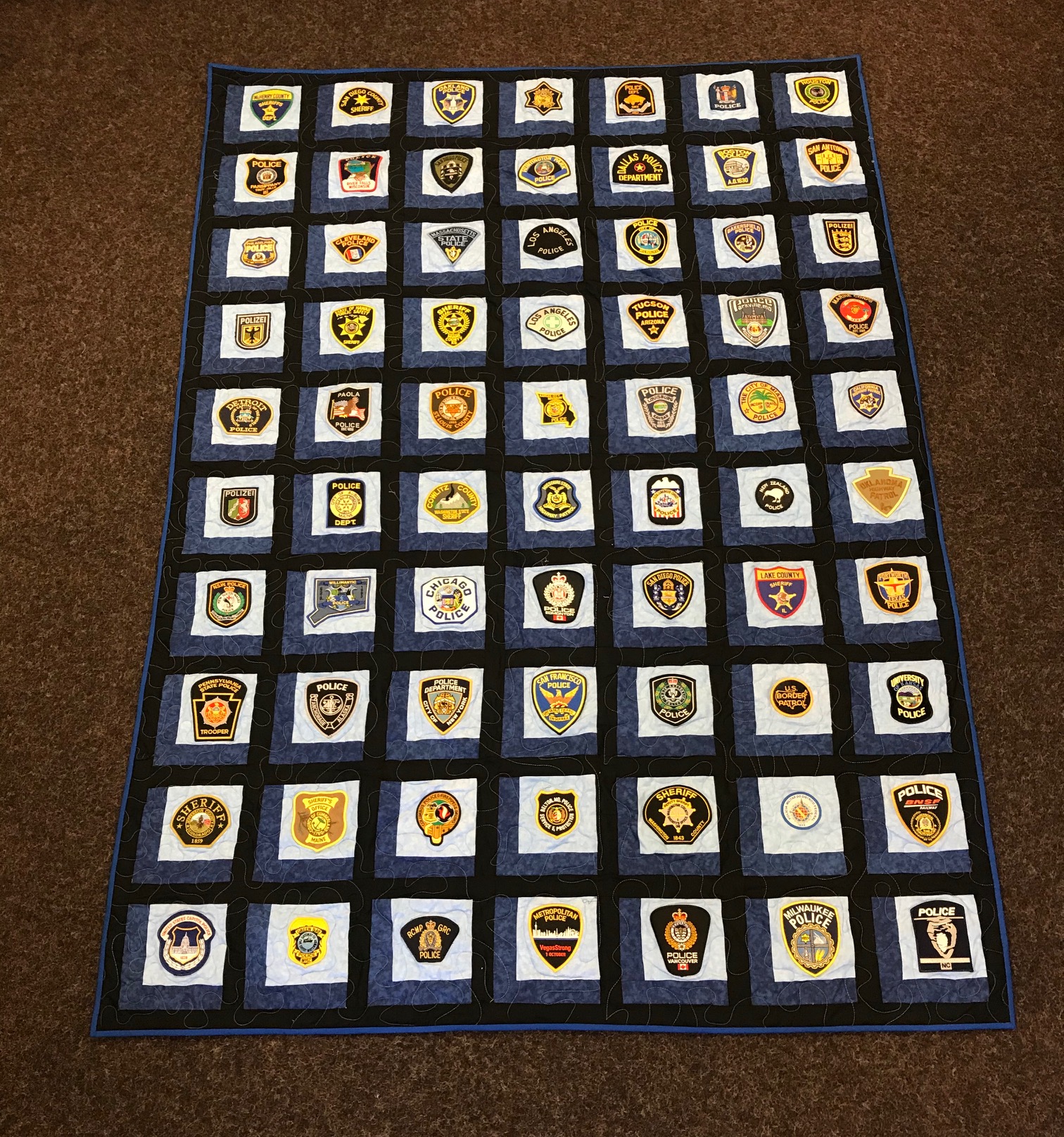 A college student who got his prized possession – a quilt – stolen during an overnight stay in Kansas City not only got the original back but is getting a unique new one thanks to the generosity of metro-area residents and police around the country.

Ryan Graham spent the night at a downtown Kansas City hotel in early August on his drive to his university in Idaho. When he awoke the next morning, his car had been broken into, and many of his belongings were stolen.

The most irreplaceable item of all was a quilt made with the more than 200 police patches Graham had collected over the past decade. Graham is going to college to be a police officer. KCPD posted about the incident on social media. A couple weeks later, an employee of Jack Stack Barbecue found the quilt discarded outside their Crossroads location downtown. They’d seen the social media post and returned it to police.

Joyce Jones with Speedy’s Cleaners volunteered to clean the quilt for free.

“All people in Kansas City are not bad; we’re really good here,” Jones said. “I just wanted to do it because I wanted to let him know that we do good things here.”

KCPD shipped the newly cleaned quilt back to Graham in Idaho.

But before the quilt was recovered, KCPD members decided they wanted to create a new quilt for Graham. They solicited patches from agencies around the world and asked if any quilters would be willing to volunteer to help in the creation of a new one. Abbie Tally of Louisburg, Kan., stepped up. More than 70 patches came in from agencies nationwide, and KCPD turned those over to Tally. She pieced together the quilt top, centering the KCPD patch on the quilt. She then asked a family member, Amanda Minard, to do the quilting.

Tally delivered the new quilt to Headquarters on Nov. 6, and police are shipping it to Graham in Idaho as a surprise.

“It has been fun to work on and has been my pleasure,” Tally said.

Although KCPD members offered to reimburse her for the materials and her time, she and Minard made the quilt at their own expense.