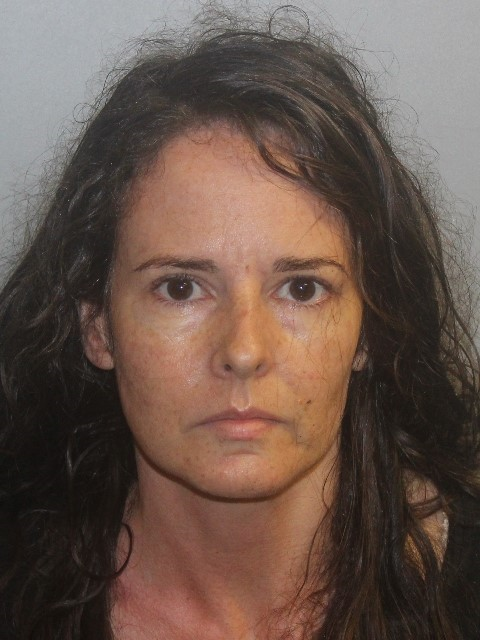 The results of the specialty forensic testing confirmed that the remains were that of Marina Bischoff. The medical examiner has not yet completed a full medical examination, and therefore the cause of death is not yet determined. Detectives do not suspect foul play.

A 10-year-old boy located human remains in a wooded area along a creek bank north of Pleasant Valley Rd. The remains were degraded beyond the ability for standard DNA tests. Specialty forensic testing to identify the remains will take an additional three to six months.

Police continue the search for missing person Marina Bischoff, who was last seen the morning of May 28, as stated in the original release below.

Detectives have extensively reviewed video of Bischoff leaving KCPD’s Shoal Creek Patrol Division, 6801 N.E. Pleasant Valley Rd., at 7 a.m. May 28, after she was arrested for driving while impaired and leaving the scene of an accident. She made multiple phone calls while in detention. She did not appear impaired when she left the station.

Video shows, and numerous police officers saw, that Bischoff stayed on Pleasant Valley Road between Searcy Creek Parkway and N. Crystal Ave. until about 8:30 a.m. May 28. It appeared she was waiting for a ride.

Detectives continue to work tirelessly by following leads and have conducted extensive field searches of wooded areas and waterways. They have used several resources, including volunteer searchers, off-road vehicles, drones and dogs. She was not located, and detectives have no reason to believe she is in the wooded area.

To determine where she might be, detectives have been investigating Bischoff’s contacts prior to her disappearance. Multiple sources have verified that she is a member of the International House of Prayer (IHOP) congregation in south Kansas City.

Police are looking for 39-year-old Marina Bischoff, who was last seen leaving the Shoal Creek Patrol Division the morning of May 28.

Ms. Bischoff was arrested a little after 10:30 p.m. May 27 for DUI and leaving the scene of an accident. She eventually returned to the crash and refused an ambulance at the scene. She told officers she had been drinking. They took her to detention at Shoal Creek Patrol, 6801 NE Pleasant Valley Rd. During that time, she had access to a phone to make calls, as do all other arrestees. She was released on a signature bond, per COVID-19 protocols to reduce detention populations of non-violent offenders. Detention staff deemed her competent to be released. She left the station with everything she arrived with.

She’s 5’3, 110 pounds and has brown hair and eyes. She was last seen wearing a black shirt and blue jeans.

Witnesses saw her walk east from the station to a neighborhood at Crystal and Corrington. She came back to Pleasant Valley Road and was seen walking toward Interstate 435. That was the last sighting of her. Family reported that she had been depressed leading up to her disappearance.

Police have led searches with nearly 100 volunteers along 435 from Pleasant Valley Road to Brighton. Missouri Search and Rescue Canines also participated in the search. Police have searched the wooded areas surrounding Shoal Creek Patrol Division and will continue to search.

Bischoff lives near 152 Highway and Indiana. She is a social worker for Children’s Mercy Hospital. She frequents a church in south Kansas City. Anyone who has any information on her whereabouts should call the KCPD Missing Persons Section at 816-234-5136.