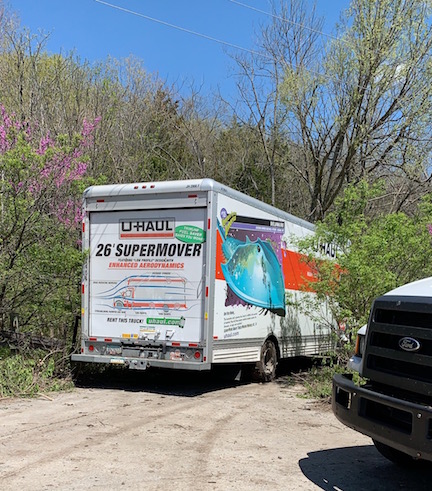 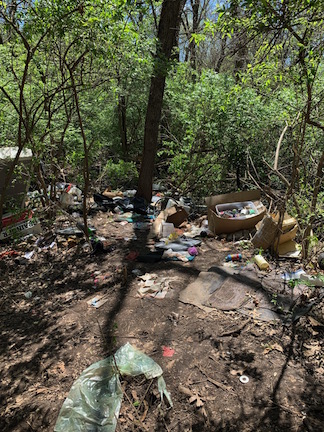 On April 5, the Holmes family was moving to Kansas City, and their U-haul and vehicle with all their possessions inside were stolen from the Days Inn at 8601 Hillcrest Rd.

Last night, about 8 p.m. April 18, South Patrol officers responded to an anonymous tip to the area of Bannister and Norfleet that the stolen U-haul may be in the woods there.

When they arrived, officers found both the U-Haul and the family’s vehicle at that location, several hundred feet off the road.

Much of the contents of the U-Haul were strewn about the area in the woods. The family car was taken apart in many pieces, and several parts were missing. Extensive crime scene processing took place last night and into this morning to collect evidence that will hopefully lead detectives to the suspects. Detectives were also at the scene last night and into this morning helping the victim piece together whatever he could from what was left. Police would like to thank All City Tow, who responded this morning and used several cranes and winches to pull the truck and trailer out of the woods.

Detectives still need the public’s help to lead them to the suspects in this case. Someone knows who stole this truck and much of the family’s possessions. Submit an anonymous tip.