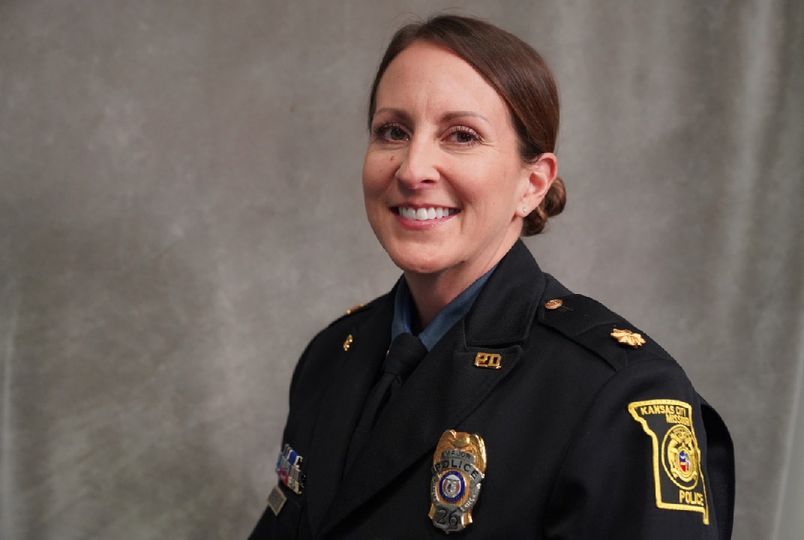 Jackson County 16th Circuit Court Judge Jen Phillips swore in Stacey Graves, who was previously the acting Deputy Chief of the Patrol Bureau, in front of a standing-room-only crowd during a ceremony at Police Headquarters on Thursday, December 15, 2022.

Graves is a 25-year veteran of the department who began her career as a civilian records clerk in 1997. She becomes the first woman in KCPD’s 148-year history to be named the permanent police chief.

As a major, Graves managed the Shoal Creek Patrol Division (109,213 residents and over 74.6 miles, with 78 personnel). She led the Human Resources Division during KCPD's pandemic response. She was the Patrol Bureau's Executive Officer before being named the Acting Deputy Chief. Other assignments include the Drug Enforcement Unit, The Media Unit, and Internal Affairs.

Graves has an Executive Master of Business Administration from Benedictine College and earned a B.A. in Administration of Justice from the University of Missouri-Kansas City.

“I’m humbled to serve the men and women of this department and our city. I’m confident in my ability in continuing to advance the Kansas City, Missouri, Police Department as a progressive law enforcement agency and trusted community partner.”