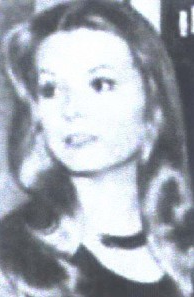 Loy Gillespie Evitts
Circumstances
Missing From: Country Club Plaza Loy Evitts vanished during her lunch hour February 28, 1977. She drove her car from its customary spot in the Country Club Plaza garage, had a watch adjusted, then drove to a drugstore, where she had coffee and bought an umbrella. The car was back in its space later that afternoon, but Evitts was never seen again. She was a legal secretary at a law firm. Her purse was found 10 days later, under a bridge in southeast Kansas City near Unity Village. Evitts, a former Kansas State University queen nominee, was happily married living in Overland Park, Kan., and had no romantic or financial entanglement. The couple had no children. Evitts’ husband moved to have her declared legally dead seven years later.
Physical Description
Sex: Female
Race: White
Date of Birth: 12/12/1947
Age at time of disappearance: 30
Height: 5'5
Weight: 126
Hair Color: Blonde/strawberry blonde
Eye Color: Hazel
Other Information: She has a scar on her abdomen. She was last seen wearing a three-quarter sleeve blue knit sweater with a maroon turtleneck and maroon slacks. She was carrying a leather shoulder bag and black and white pocketbook. Alias/Nickname: Her maiden name was Loy Gillespie
If you have information about her whereabouts, call 816-234-5136 or e-mail missingperson@kcpd.org.