15 injured in mass shooting at club, 2 killed, including shooter 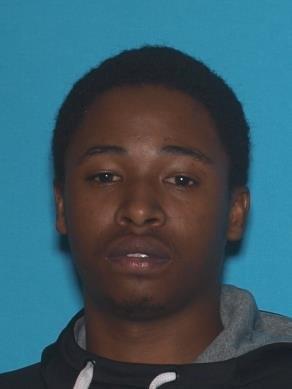 Police continue to investigate after a mass shooting took place at a club about 11:30 p.m. Jan. 19. Two people were killed, one of whom was the shooter. At least 15 people were injured.

The shooter is identified as 29-year-old Jahron Swift of Kansas City, Mo. He is pictured above. Investigation has revealed that an armed private security guard at the club shot and killed Swift just outside of the business, which is located in the 4800 block of Noland Road. The deceased victim is 25-year-old Raeven A. Parks of Kansas City, Mo.

At least three of the 15 injured victims are in critical condition. Police have not yet interviewed all of the victims and do not yet know whether all were injured by gunfire. Police recovered multiple firearms at the scene. It appears the suspect and the security guard were the only ones who fired shots.

Police have not yet identified the shooter’s motive. Investigators are aware of social media posts about the incident. Detectives ask anyone who was there at the time of the incident to contact the Homicide Unit at 816-234-5043 or the TIPS Hotline at 816-474-TIPS (8477). Police also would like to see any possible cell phone videos that were taken at the club that night around the time of the shooting.

Social service workers and a victim advocate from the Kansas City Missouri Police Department have reached out to the families of both Parks and Swift and will be working with the living victims and witnesses, as well. At this time, all of the people identified in the incident are from the Kansas City metropolitan area.

Police were very nearby the business at the time of the shooting and responded quickly. Officers from across the metro area assisted both with the incident and in fielding KCPD’s other regular calls for service across the city as KCPD officers were tied up at the massive scene. There were hundreds of people at the club, many fleeing by car and on foot. KCPD would like to thank the Independence, Blue Springs and Raytown Police Departments and the Jackson and Clay County Sheriff’s Offices for their exceptional assistance.

People who left personal belongings at the club in the wake of the shooting should contact the Homicide Unit at 234-5043 to arrange to claim them.

The business was known to police, and shooting incidents had been reported there previously. Police will be working with the City’s Regulated Industries Division to follow up on any issues with the business.