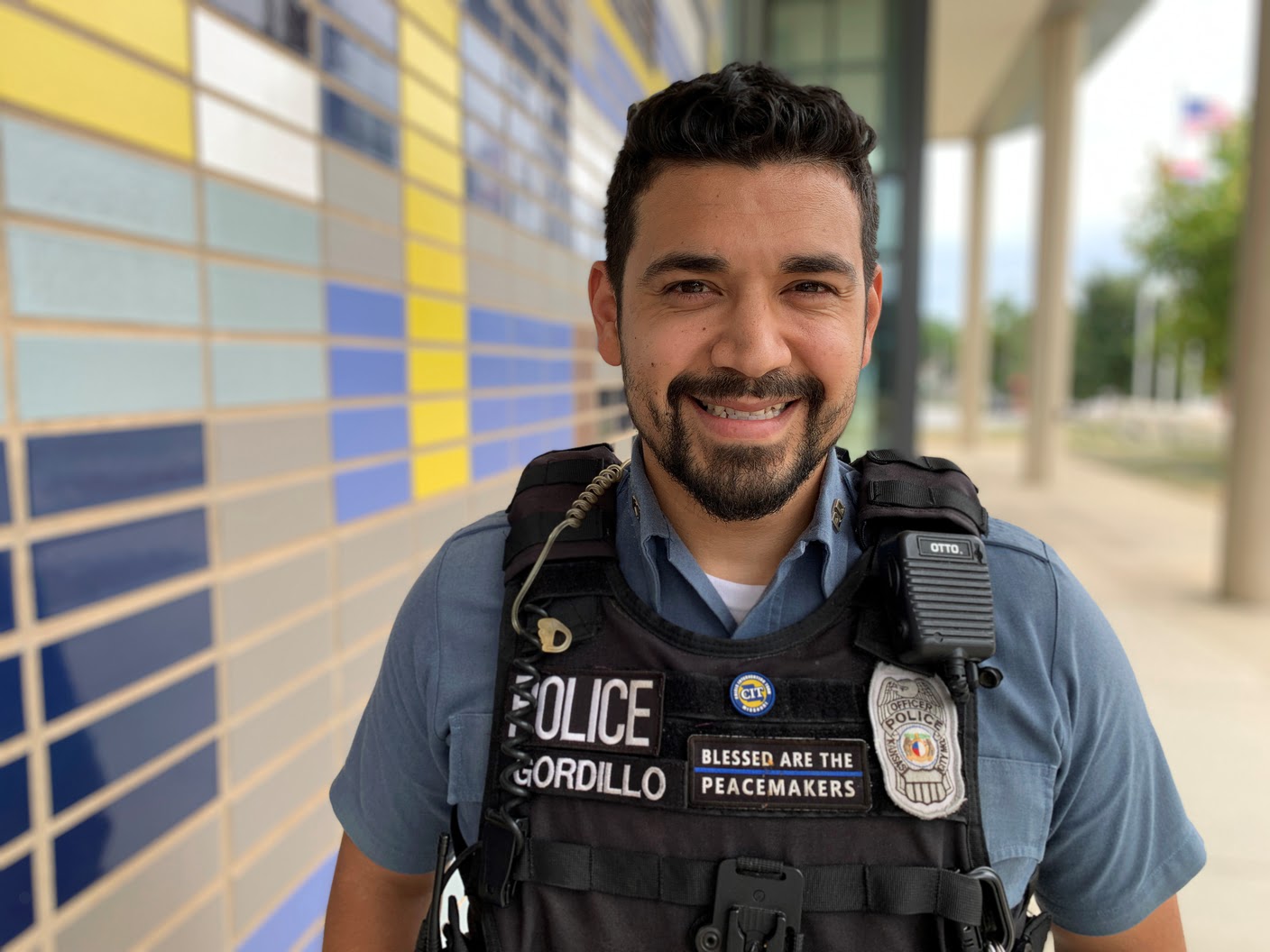 ‘If we win, you have to buy me an iced coffee at Dunkin’ Donuts, but if y’all win, I’ll buy you an iced coffee,’ Edwin Gordillo told the story of meeting his future wife. “Either way, I was going to get a date.”

That “bet” indeed led to a date which led Gordillo to Kansas City, his wife-to-be’s hometown. A Southern California native, Gordillo was attending college in Florida when he played against her in intramurals.

Soon enough, he was in Kansas City and married. The kids would come later (he now has three, 4-years-old and younger). While always interested in law enforcement, Gordillo’s business administration degree dictated a different career. So he went into sales and succeeded.

Yet, he couldn’t resist his desire to become a police officer. Driven by his faith, Gordillo wanted to serve.

After a few years and unable to fend off his dream any longer, Gordillo applied to the police academy and has been at East Patrol since graduating in September 2018. When one of the Community Interaction Officer (CIO) positions became available, Gordillo applied with a goal of better connecting with the Hispanic community.

“I speak Spanish,” Gordillo told his commander. “I have a mustache. Put me in. I’m ready!”

The youngest of six children from Guatemalan parents, Gordillo’s Spanish is well received. He says residents and business owners feel comfortable speaking with someone they identify with.

“It’s a natural rapport building,” Gordillo said. “I speak Spanish, and I’m their best friend. The Northeast is so diverse, East Patrol, in general. ‘Where are you from?’ they ask. We’re speaking Spanish, but you can tell you’re from different countries, and that’s part of the fun.”

Identifying a gap that may exist between parts of the Hispanic community and the police department, Gordillo recently hosted the first citizen’s police academy designed for Hispanics. It took months of preparation and effort to put together.

“I want young Hispanic kids to see me, and other people who are like them, in the police department and look up to us, enough where they want to be police officers or to at least not get caught up in drugs and violence but pursue a better path for their life.”

KCPD has police officer openings and the most specialized units in the region. Apply here.