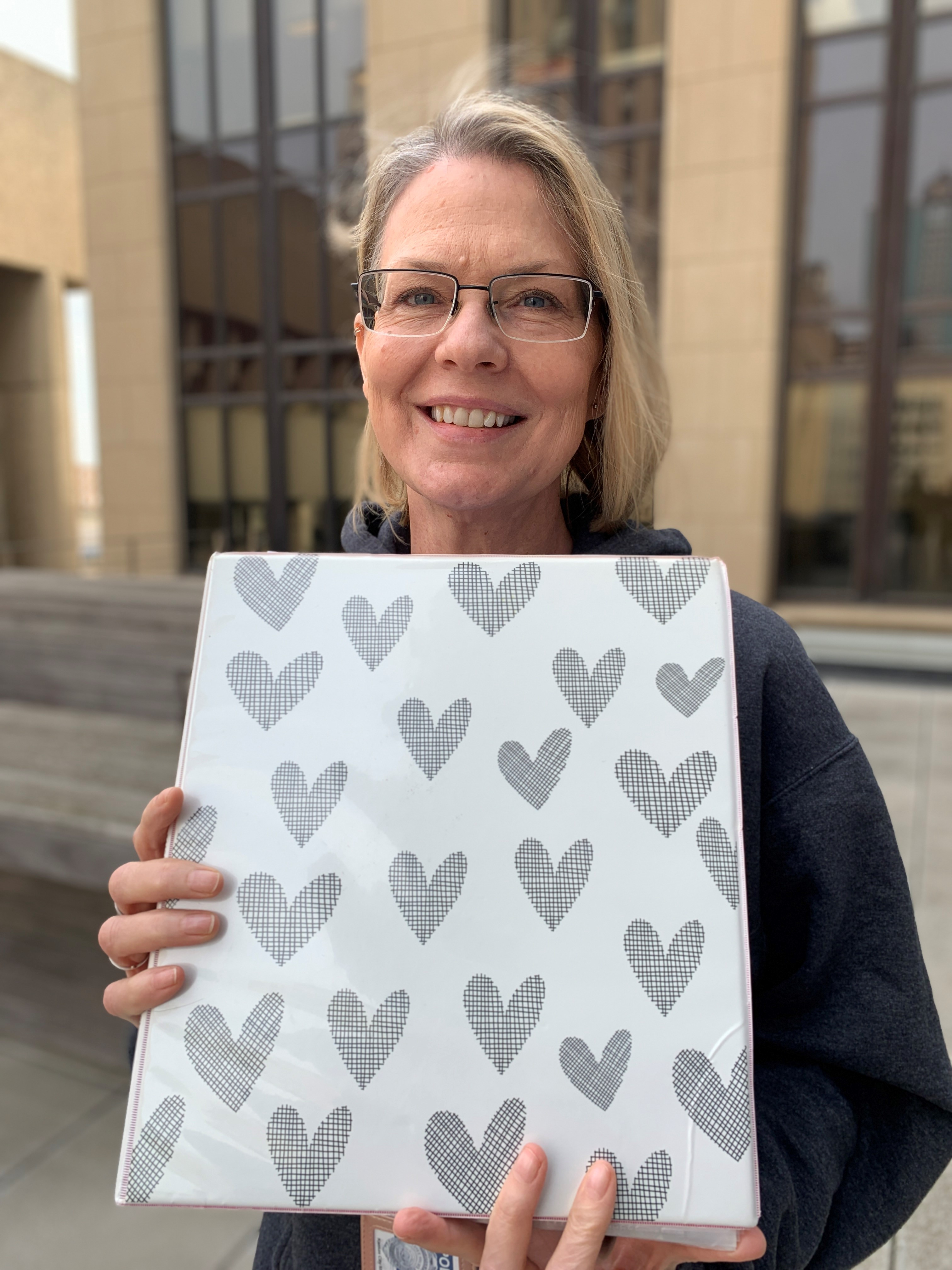 Something intangible poked at Marla Bloch for years.

She wanted to be a call taker. The thought of talking to people who needed help and leading that charge seemed fulfilling. However, the time was not right for Bloch who was raising two young sons. Though, when they grew up and older, Bloch finally quit her administrative assistant position for call taking at KCPD.

Bloch didn’t like her new job. She says she loved it. It was rewarding to help people in need.

Less than two years after starting, Bloch, unfortunately, developed idiopathic gastroparesis, what she calls “the starving to death disease.”

“I’m a walking bruise because my body is always in a state of malnutrition,” Bloch says. “I’m in pain every day, and I always will be.”

Bloch describes her condition as an incurable debilitating autoimmune disease that results when your stomach stops working. She says her stomach doesn’t digest food which, in her case, triggers high amounts of pain.

After years of waiting to join the department, Bloch resigned from KCPD in April of 2020 because of her condition. There was no shortage of dark days.

“I kept my old call taker book with all my notes, and I would flip through it and tell myself I was going to beat it," Bloch remembers. “I was going to get back. That gave me strength.”

Handwritten notes filled the binder. There were dispatch training notes, mile marker reminders, and phone numbers. Bloch wanted to be ready to return if and when she learned to manage her disease. That gave her hope.

Still, a disease that forced her resignation took time to regulate. Bloch said it was trial and error figuring out what her body could handle. As a result, she now eats a lot of “repeat foods,” prepares almost all her meals, and lives on 1,300 calories a day.

“My first week, I was a little over-excited because I was so happy,” Bloch says. “The first time I was here to do testing, I was teary-eyed and shaking. My heart was racing and when I got my start date, I started laughing because I got to go back to the job I loved.”

She works the night shift because the schedule fits her natural sleep pattern which helps her control her disease. What she found rewarding in 2017 when she first joined KCPD remains true today. Serving others brings rejuvenation and well-being.

“When people call 911, it’s often their worst day,” Bloch states. “You can be the calming voice. You can be the reassurance that they’re not alone.”