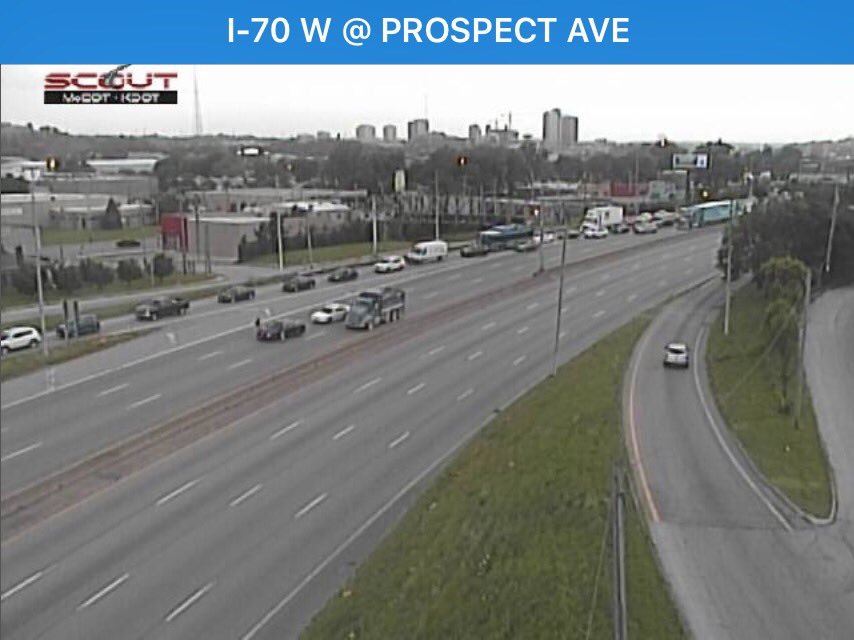 A police captain convinced a man who wanted to jump from an overpass during rush hour on Thursday to climb down a fire truck ladder instead.

Captain Jeffery Hughley was driving his police vehicle at Truman and Prospect Avenue at 5:26 p.m. June 27 when a bystander contacted him and told him there was a man about to jump off the Prospect Avenue Bridge over I-70. When Captain Hughley got to the bridge, he saw a 62-year-old man standing on the edge of the bridge over the east-bound lanes of I-70, clinging to the outside of the chain-link fence. Despite the heavy rush hour traffic, Captain Hughley ordered officers to shut the highway down in both directions.

At the same time he shut down the highway, Captain Hughley asked for some of the department’s specially trained negotiators to come to the bridge. A Kansas City Fire Department truck also arrived on I-70 below.

Before negotiators could arrive, Captain Hughley had convinced the man to climb down from the bridge on the fire truck’s ladder.

An ambulance took the man to a hospital for a mental health evaluation, and police re-opened the interstate at 5:50 p.m.