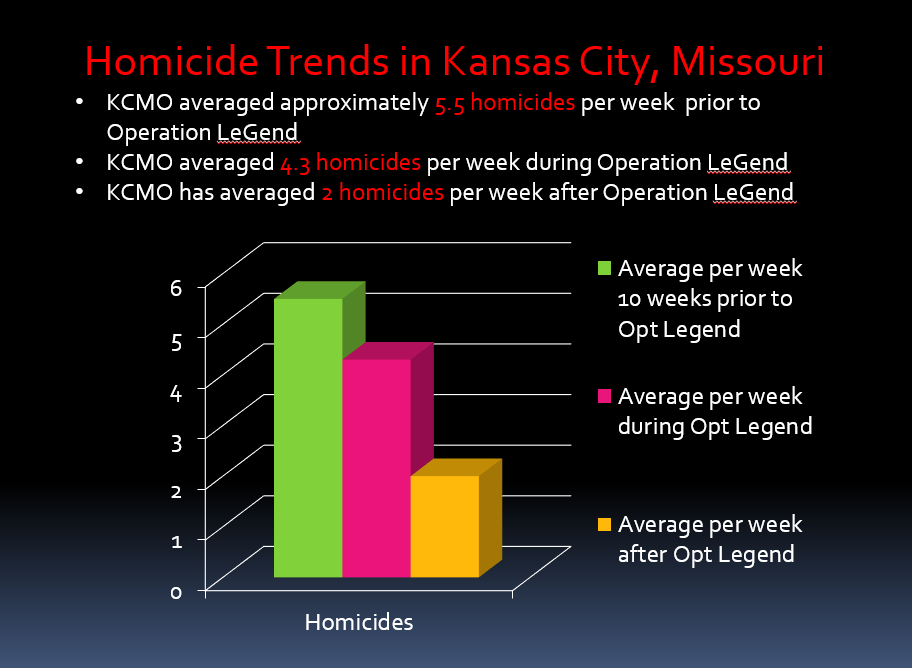 "The 'surge' portion of Operation LeGend may be complete in Kansas City, but this partnership between KCPD and our federal law enforcement partners to reduce violent crime is going to continue well into the future.

"I am at a meeting of the Major City Chiefs Association today at which U.S. Attorney General William Barr is discussing Operation LeGend. Operation LeGend brought hundreds of federal agents into Kansas City to help our agency investigate violent crimes during an unprecedented increase. They helped us take dozens of murderers, and many more shooters, robbers and other perpetrators of violent crime into custody. They brought the resources of the entire federal criminal justice system to Kansas City, meaning many of those suspects now are facing federal charges and are in custody in federal detention until their trials.

"The homicide rate in Kansas City has dropped precipitously since the implementation of Operation LeGend, as you can see in the above chart."

Read more about how Operation LeGend will continue in Chief Smith's blog.