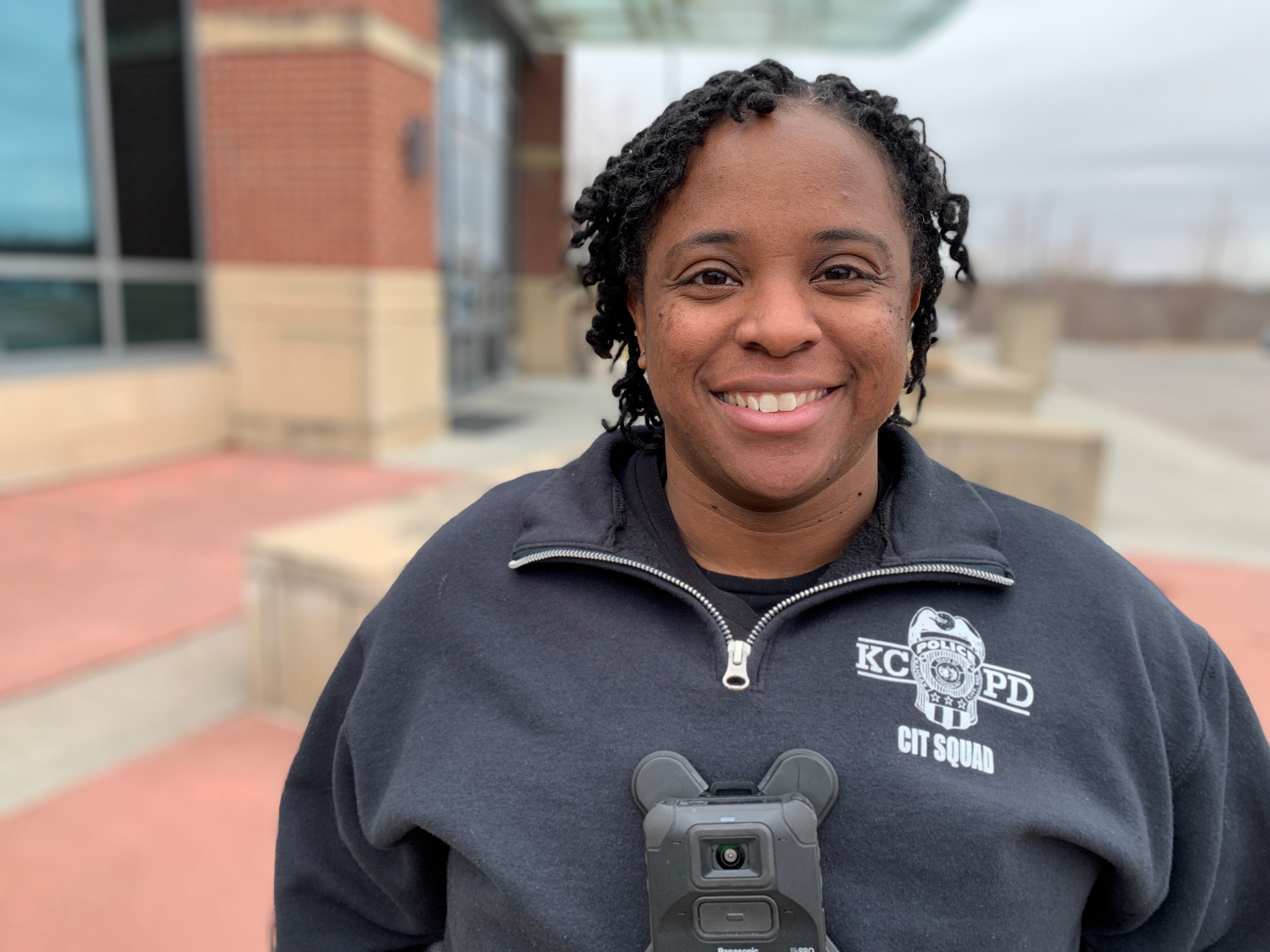 The man was routinely drunk at the gas station.

He’d see Officer Teurika Humphrey coming and know what was about to happen. “I’m ready for you,” she offered.

For more than half a year, Officer Humphrey talked to the man or paid him a visit at home. His mother had died and he grieved with alcohol. It was the man’s wife who contacted Humphrey, a member of KCPD’s Crisis Intervention Team (CIT). As a CIT officer, Humphrey has specialized training to help people suffering from substance abuse or mental illness.

“He was a nice guy in a bad spot who needed help,” she says.

One day, the man called Officer Humphrey and said, “I’m ready.” She then took him to the Kansas City Assessment and Triage Center and got him help. Months later, he called again, “You saved my life! I’m not drinking anymore, and I turned my life around.”

Humphrey admits its cliché, but helping people is why she’s an officer. She had been working as a desk clerk at KCPD’s Metro Patrol about 10 years ago when a captain suggested she go on a ride-along.

“I was absolutely hooked,” she smiles. “I had to do this every day.”

Humphrey became a police officer in 2012 and quickly began to interact with emotionally distressed people. She realized helping them was her passion and joined KCPD’s CIT in 2019.

“Learning how to interact with people who have a mental illness drew me because they’re so misunderstood,” says Humphrey. “They’re sick like anyone else who has a disease.”

As a CIT officer, Humphrey has constant contact and follow-up with people in distress or in crisis. She works with social workers and community behavioral health liaisons to make sure people receive medications, food, or whatever else they need.

Officer Humphrey and her fellow CIT officers also help get people into mental health court if they commit a crime. “The judge can order them to receive services and assistance,” Humphrey points out.

In addition to helping residents, Humphrey supports fellow officers. She trains them in mental health awareness (over 55% of all KCPD officers have received 40-hour CIT certification) which includes the teaching of de-escalation skills.

What Officer Humphrey wants residents to know is that she and her fellow CIT officers are available to support families. Anyone calling the police – for help with mental illness, substance abuse, or the elderly - can request a CIT officer.  “The families are at their wits' end,” she states. “They don’t know what to do or how to start, but we can provide them with resources.”

For more information on our Crisis Intervention Team, visit https://www.kcpd.org/transparency/crisis-intervention-team/.