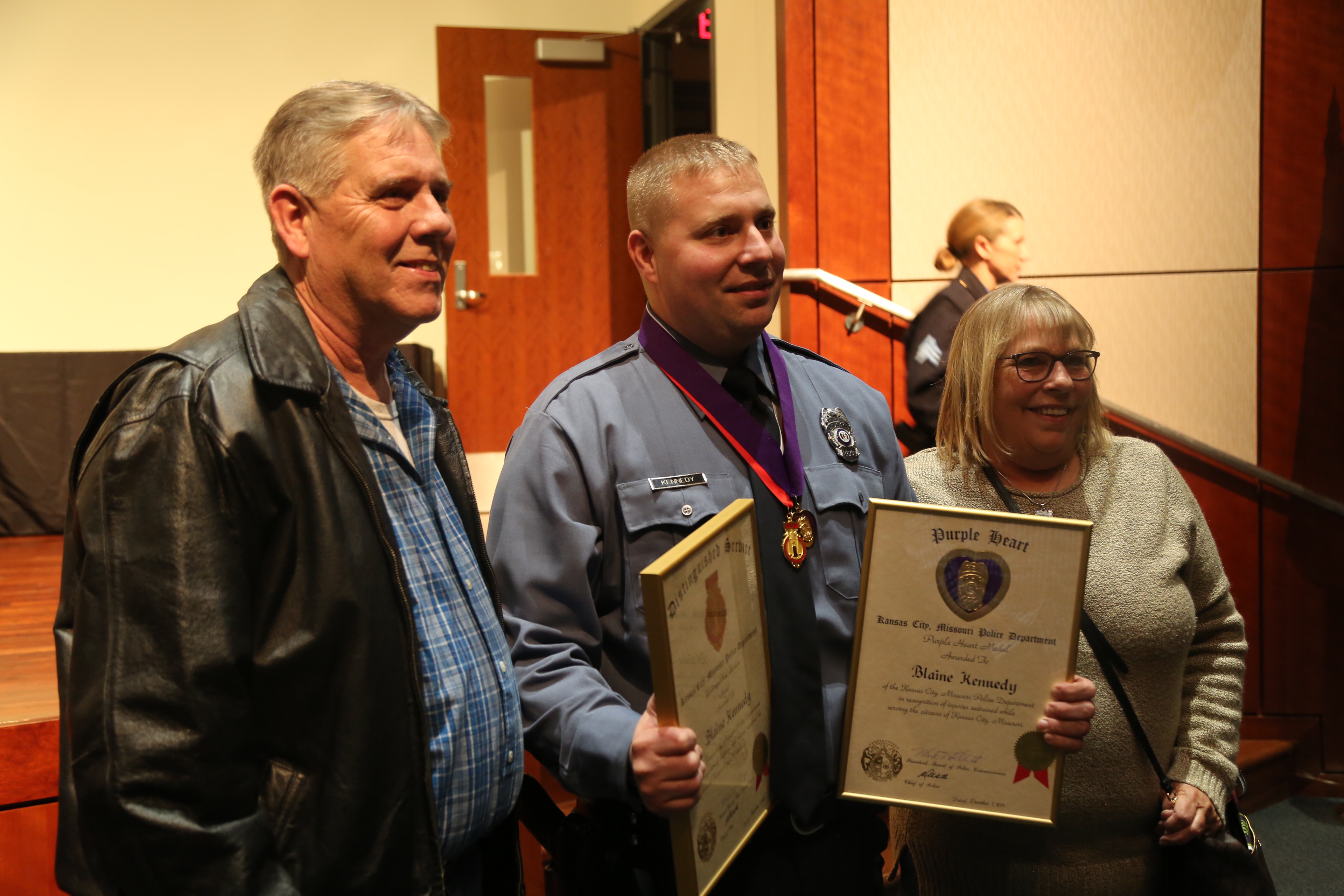 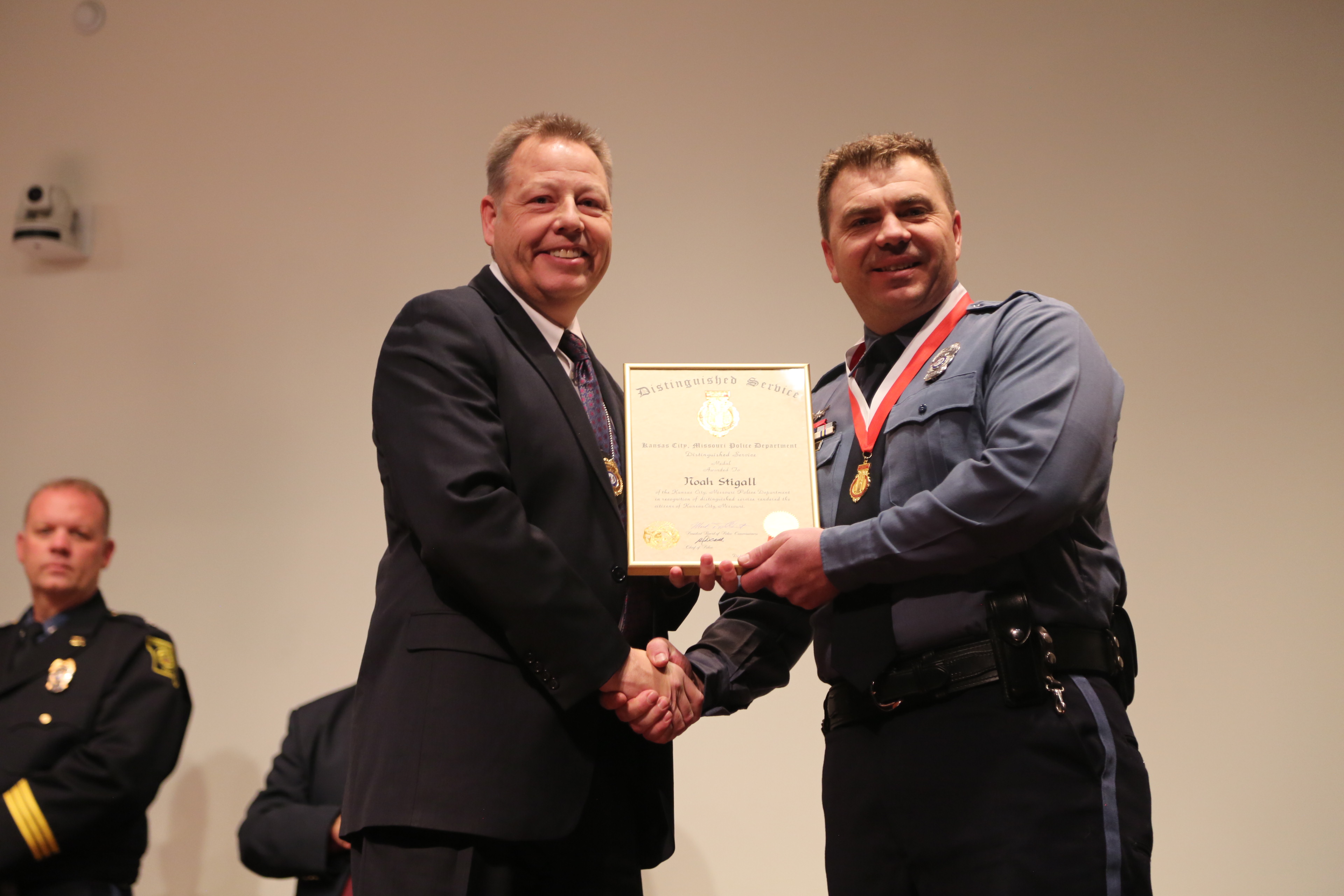 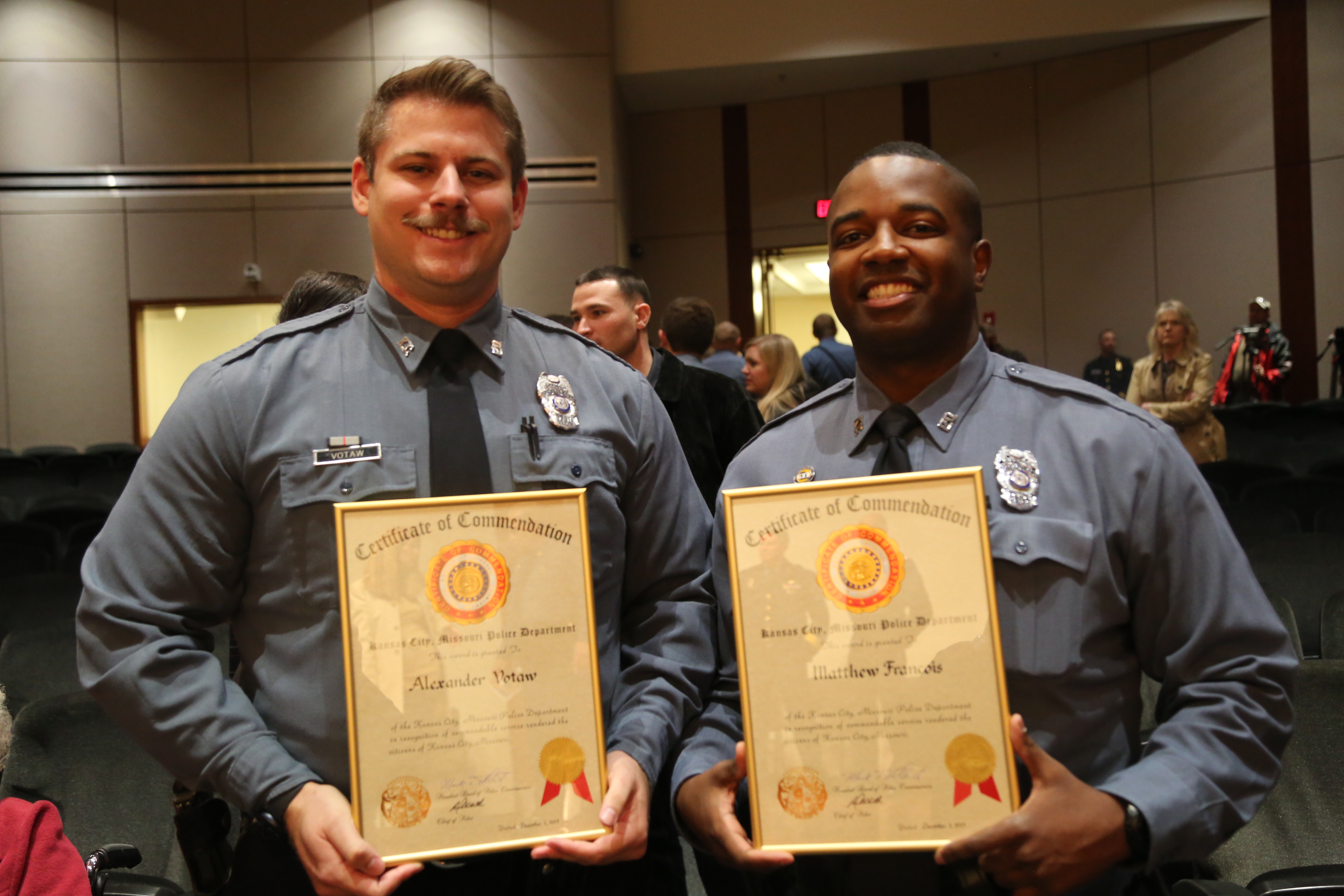 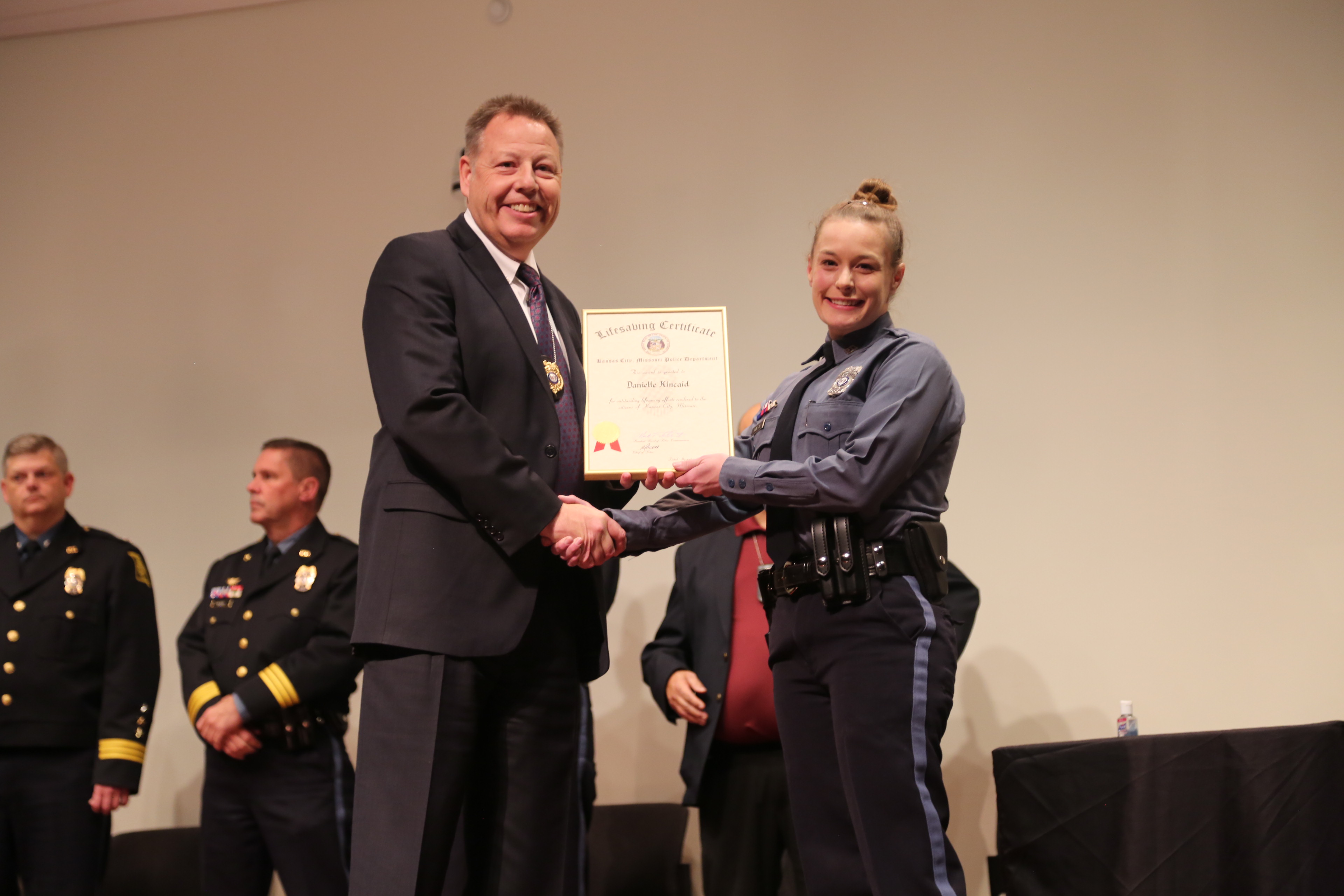 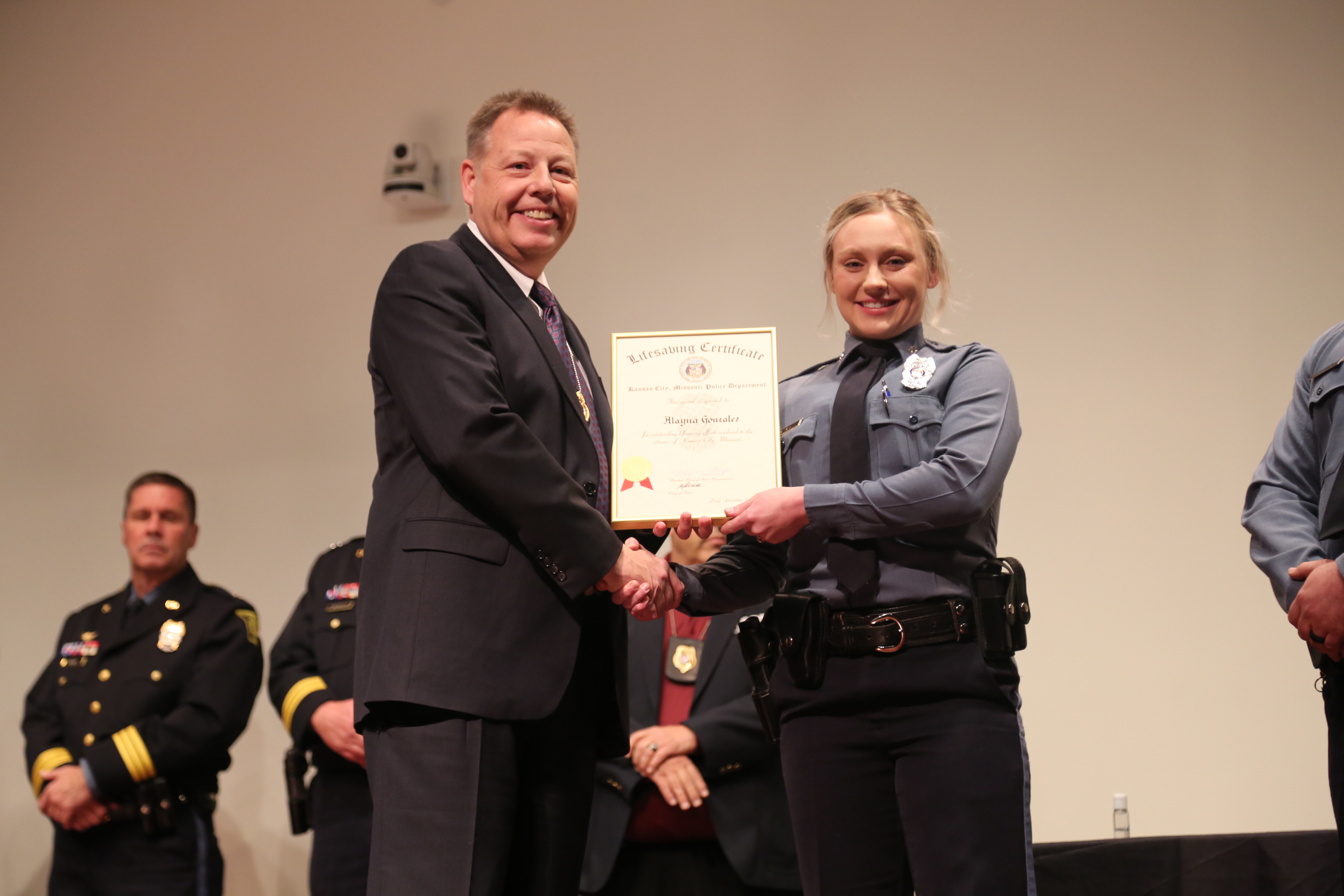 Dozens of KCPD officers and employees received awards on Dec. 7, 2021, recognizing their courageous and dedicated acts of service.

Among the recipients was Officer Blaine Kennedy, who received the Distinguished Service Medal and Purple Heart Award. On June 3, 2020, a man that Officer Kennedy was trying to help stabbed the officer in the chest. Though critically injured, Officer Kennedy willed himself to stand up, chase down the suspect, and hold him at gunpoint until other officers arrived.

Officer Noah Stigall also received the Distinguished Service Medal. On Dec. 18, 2020, Officer Stigall was off-duty and driving home from work when he came upon a house that was on fire. Officer Stigall rushed into the burning home and rescued a brother and sister.

Various officers (see below) received awards for saving the lives of Kansas City residents. Additionally, a helicopter crew was honored for tracking down a homicide suspect, landing in an unexpected spot, and chasing down the suspect on foot.

The awards ceremony took place at the Regional Police Academy.