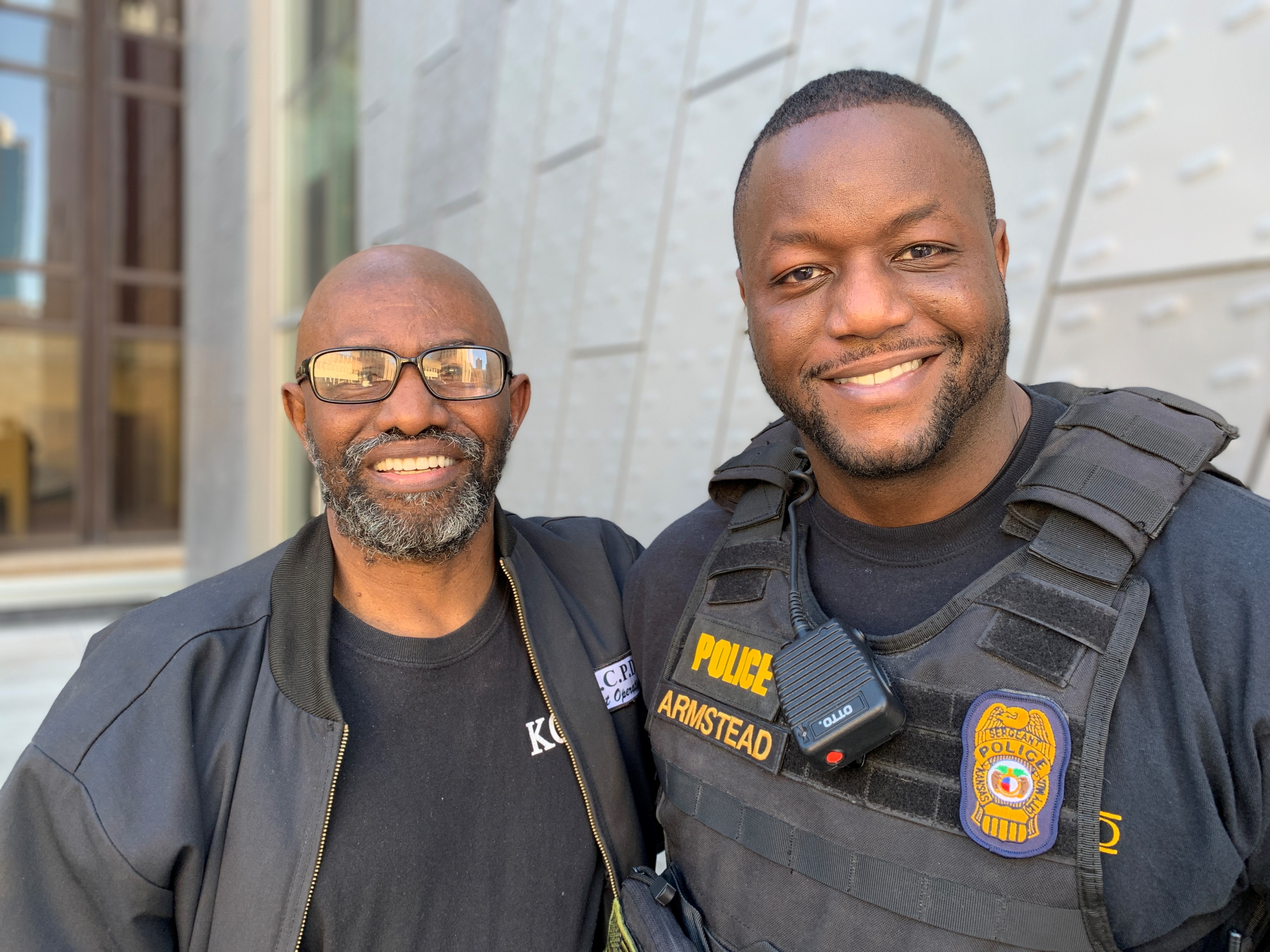 His truck broke down on the highway and a few sunsets later, James Armstead was raising his family in a strange city, his money quickly draining away.

In the early 90s, the Armstead family was moving for opportunity - from Texas to Joplin, Mo. - when Armstead’s truck called it quits outside of Kansas City.

Armstead didn’t have any Kansas City ties, except for his wife’s uncle who invited the family to try out Kansas City with a promise that if things didn’t work out, he’d personally drive the Armsteads to Joplin.

“One day, I went to the mailbox and there was a check for $200,” Armstead reminisces. “No name, no nothing. They said it was a gift and till this day, I still haven’t found where this money came from.”

The gesture sealed Kansas City for the Armsteads. It was a place where the people were “nice and friendly.”

Still, Armstead needed to provide for his wife and children. He worked at a tire shop during the day and as a security guard at night. Out of the blue, a former co-worker told him about a mechanic position at KCPD. Armstead signed up, though for a while he still worked two jobs.

Armstead enjoyed KCPD so much, he invited his son, also named James, to join him as a mechanic. At 19, the younger Armstead had different plans. He wanted to be a U.S. Marshal. But being a teenager, he was too young and needed a job. The son soon began pumping gas and fixing flats for KCPD.

“That lured me into wanting to be a full-time officer with KCPD,” Armstead smiles.

Today, Armstead the son is a sergeant in the Fugitive Apprehension Unit where he leads a team of officers, and works with the FBI and U.S. Marshals to arrest, “people on the run with warrants who are wanted for homicide, robbery, rapes, and violent crimes,” he states.

The elder Armstead continues to repair vehicles at KCPD. Keeping officers (his customers, he calls them) secure and in service is something he takes pride in.

“Outside, you can only fix what they want you to fix,” Armstead says of regular mechanic shops. “Here at KCPD, if something is broke I have to fix it because of their safety.”

The dad sees retirement on the horizon. He’s been with KCPD for 22-plus years. The son, however, still feels he has much to accomplish. Armstead entered the police academy in 2004 and has worked in various assignments, including more than 10 years in the Gang Unit.

“I’d like to be a captain one day, but I’m pretty happy right now,” Armstead points out. “I put criminals in jail, working with people I love.”

The Armsteads both recommend KCPD as a place to work because of the mobility and opportunities from within. Otherwise, they don’t talk much about work when they’re together.

Instead, they focus on family which is where their focus has always been.