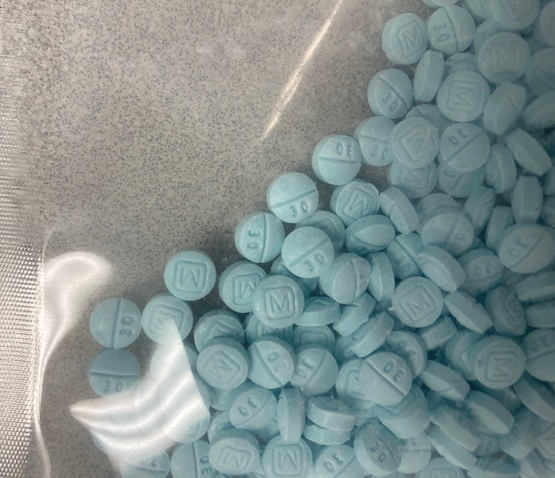 Counterfeit pills with fentanyl also mimic Xanax, Adderall, and other prescription medications. Fentanyl can also be added to substances like marijuana, which can cause adverse reactions.

The DEU reports that large quantities of these deadly pills are arriving in the Kansas City area on a weekly basis. It also wants parents to know that these counterfeits can arrive by mail or carrier, purchased online by teens and young adults. According to the Drug Enforcement Administration (DEA), distributors use social media to sell these pills because these apps appeal to a younger audience. Additionally, drug traffickers target young kids and teens by creating pills in a variety of shapes and bright colors.

In February, Kansas City joined the DEA’s new “Operation Overdrive,” which is, in part, focused on identifying overdose “hot spots” and dismantling drug networks in these areas.

KCPD encourages parents to talk to their children about the real dangers of taking pills not prescribed to them.