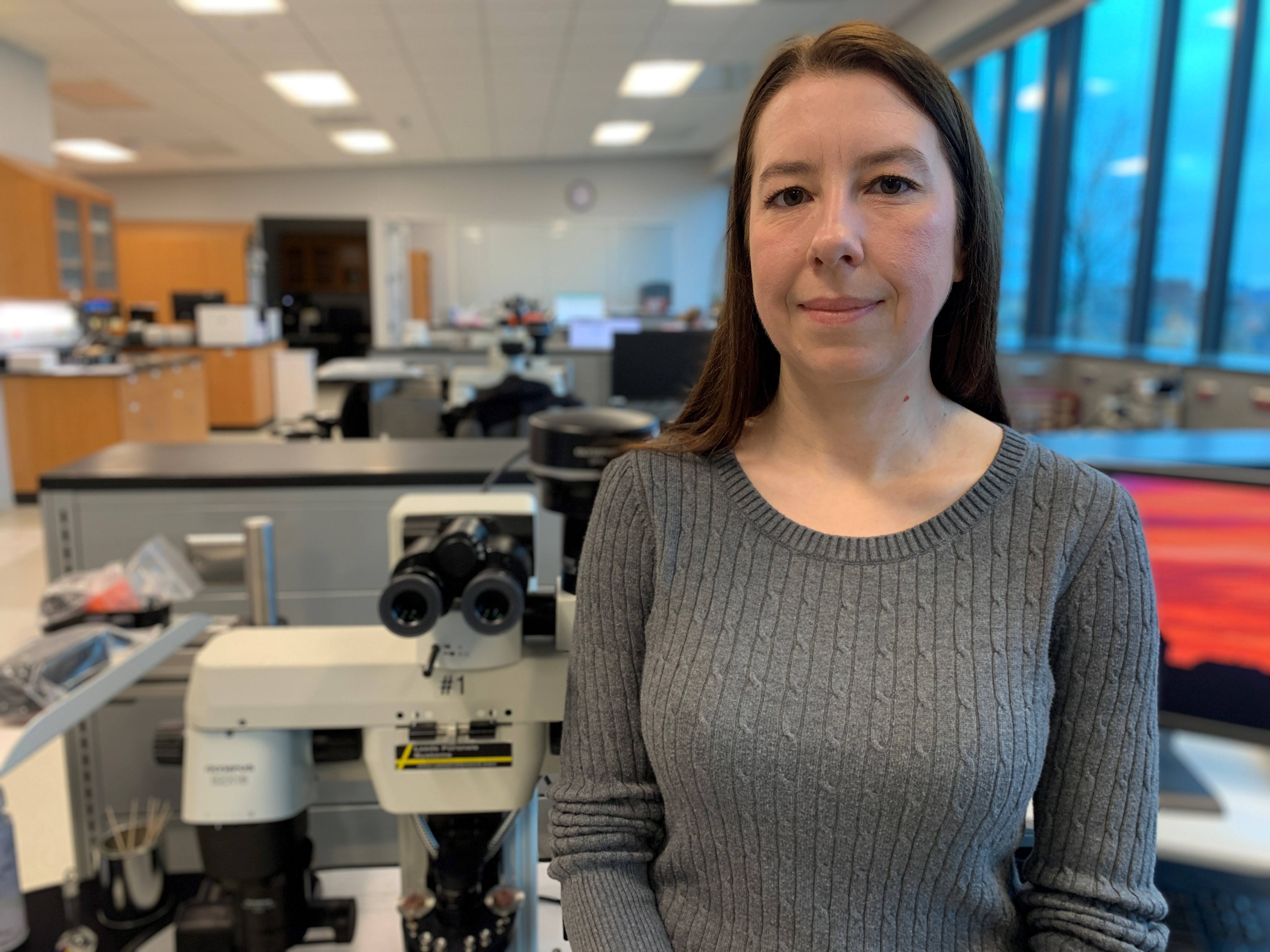 Primetime television simplifies it - test-firing guns and matching bullets to solve crimes - but working at KCPD’s crime lab is vastly different than what it looks like on-screen.

“There’s a lot more complexity to deciphering the information,” Lexie Lalli says. “Everybody thinks you can solve a crime in 30 minutes. It will take 30 minutes just to document your evidence.”

Lalli is the Chief Criminalist Supervisor of the Firearms & Toolmarks Section. She and her section receive and examine evidence from patrol officers. That may include test firing weapons from crimes and spending hours looking through a microscope.

These experts see the difference in guns, how they’re marked, ammunition, manufacturer’s parts, and casing evidence. The lab receives about 150 guns monthly from possible crimes to examine.

“It’s quite the significant amount of guns that are coming in,” Lalli states. “There are tons of cases happening. The volume of evidence coming in is more than what the average Joe knows.”

Without Lalli and her section, criminal cases may not go to court. They confirm conclusively, for example, if a specific gun fired all the casings at a crime scene. As a result, members are often testifying in court.

“Prosecutors want certain information,” Lalli points out. “Did you test all of this for DNA? Did you see all the prints? Even if you found nothing, they want the jury to know we did all we could.”

One significant tool the firearms section uses is the National Integrated Ballistic Information Network (NIBIN). Lalli’s team will test-fire a gun to retrieve cartridge cases that they enter into NIBIN. The program can compare and match cartridges from jurisdictions around the country. Matches in Kansas City get forwarded to KCPD detectives.

Lalli began with KCPD in 2007 as a firearms examiner before earning a series of promotions that led to her current position. She credits her work ethic, consistency, and dedication. All were brightly on display during a month of terror etched into Kansas City history.

In 2014, a highway shooter began firing at vehicles over the period of a month. When a bullet passes through an object, markings get put on the bullet, adding a level of complexity in comparisons. As a firearms examiner, it was Lalli who compared the bullets from these shootings to confirm they were from the same weapon.

That Lalli was in Kansas City in the first place was a surprise. Growing up in Alberta, Canada, Lalli never envisioned being a firearms expert either. She moved to Sacramento, Calif., for a forensic science degree. When she arrived, however, the program was eliminated.

“I was in another country, and the degree I wanted didn’t exist anymore!” recalls Lalli.

Instead, she studied chemistry with a concentration in forensic science. That eventually led to an internship and firearms evidence technician position with the Sacramento County District Attorney’s Office. Being from a different country, Lalli needed a position higher than a technician, so she applied across the U.S. before landing her firearms examiner position at KCPD.

That journey has led her to Supervisor, where Lalli aims fully to work through a backlog of cases. A high volume of evidence constantly arriving, along with needing more manpower, equates to a high caseload. Some relief may be in sight as three new employees will begin soon in her section.

In the meantime, Lalli continues her diligence in and out of the lab. Since arriving in Kansas City, Lalli has been heavily involved in volunteering with the Special Olympics. In addition to “regular volunteering,” Lalli has helped with the organization’s silent auction, Tip-A-Cop fundraiser, and Law Enforcement Torch Run.

“The athletes really appreciate the help from law enforcement,” Lalli says. “It’s a good way to give back.”

To learn more about the crime lab, click here www.kcpd.org/crime/crime-lab/.