Homicide Detective’s Son Now Leads The Next Generation Of Officers 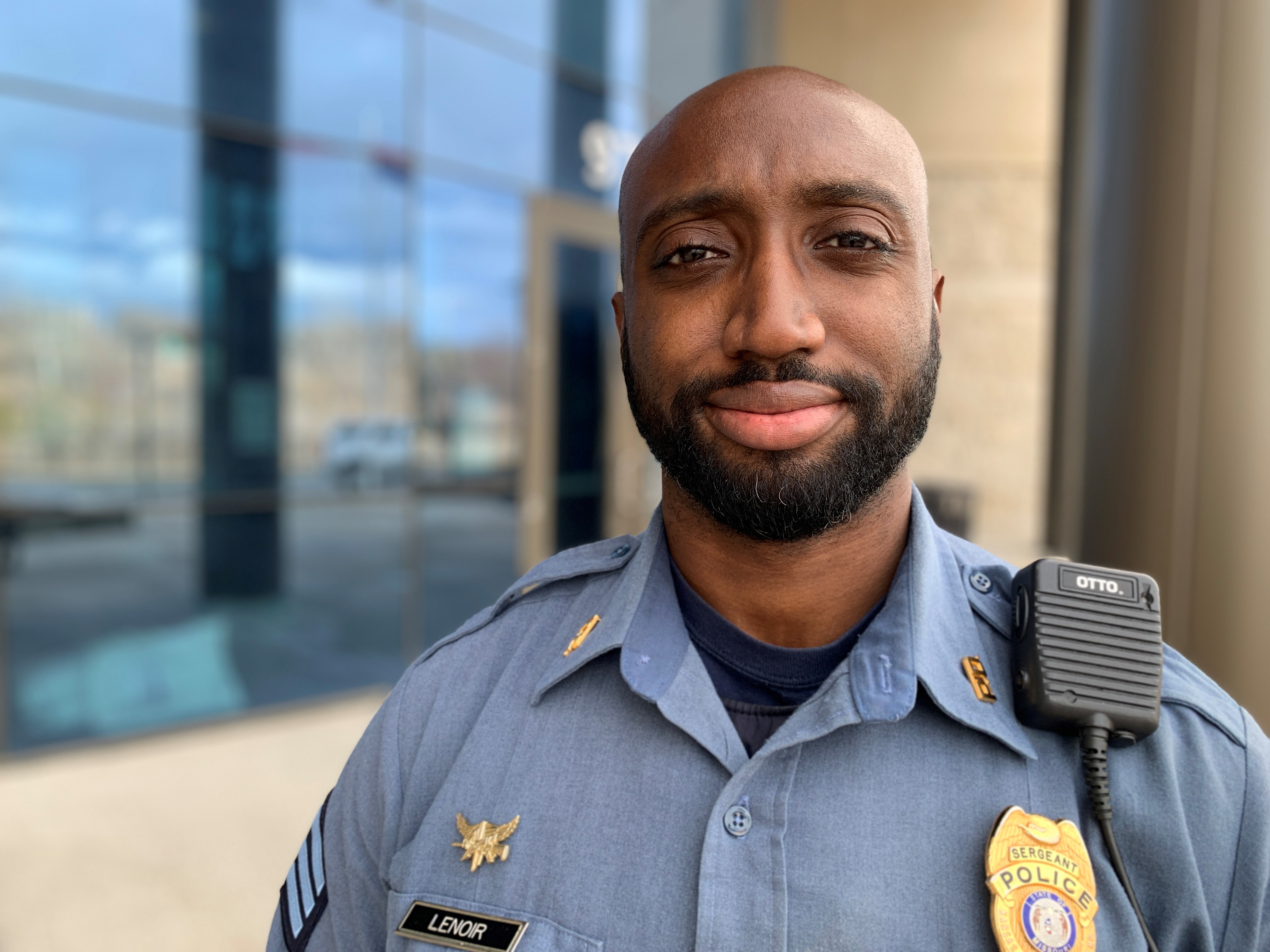 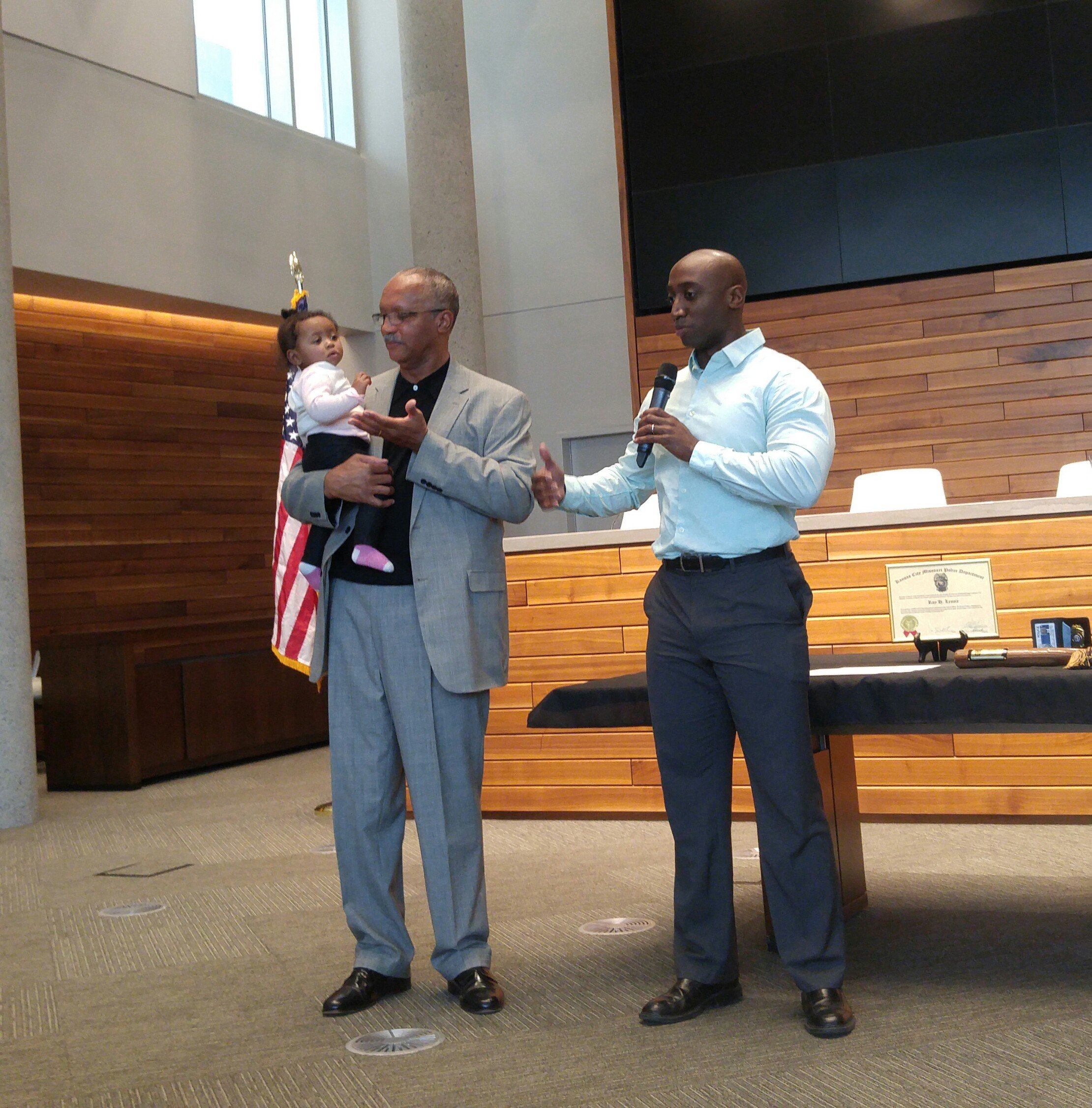 Solving murders for 20-plus years – seeing the violence, tears, and pain that come with them – could fray your spirit some.

But that was not what Mike Lenoir saw. His father, Ray Lenoir, a now-retired KCPD homicide detective, was always “stoked” about his job.

“As a kid, I’d go to barbecues on weekends, and everybody acted like going back to work Monday was the worst thing in the world,” Lenoir says. “Everyone, except my dad. He absolutely loved it.”

Loved the grimness and anguish of picking apart murders to solve them?

“My dad is compassionate,” Lenoir states. “He wanted to protect innocent folks and bring justice to those who deserved it.”

Today, Mike Lenoir is a sergeant at South Patrol Division, supervising the day shift officers. His career has included assignments at Central and East Patrol, as well as the Tactical Response Team. He’s in his 16th year at KCPD, and as a sergeant, Lenoir focuses on leading and developing the officers he works with.

It’s of utmost importance to him, especially right now. With newer officers under his watch – starting their careers amidst the pandemic and national calls for police reform – listening to those he’s in charge of is a priority.

“Some say they weren’t expecting it to be like this,” Lenior says. “I tell them it’s temporary and that things ebb and flow. There are lessons to be learned for everyone.”

As a Black man, Sergeant Lenoir says he has the valuable perspective of being a person of color and a police officer. People trust in each other, he says, when they identify with each other. It’s why diversity in race, socioeconomics and even religion helps people connect, he adds.

Lenoir’s advice to people of color considering law enforcement: “If you can be brave enough to take that step, it’s not just a step for you. It’s a step for people like you.”

As an example, Lenoir thinks about the various times he’s been at a crime scene where a victim or witness may not want to cooperate because they're guarded. Yet an officer will arrive who they identify with, and people open up to them. Their willingness to cooperate helps the police serve them better.

This connection is meaningful to Lenoir. It’s evolved into a compassion (his father’s trait) for wanting to serve every population in Kansas City.

“The overwhelming majority of my family lives in Kansas City,” Lenoir declares. “We have a very personal level of investment that the city is as safe as we can make it.”