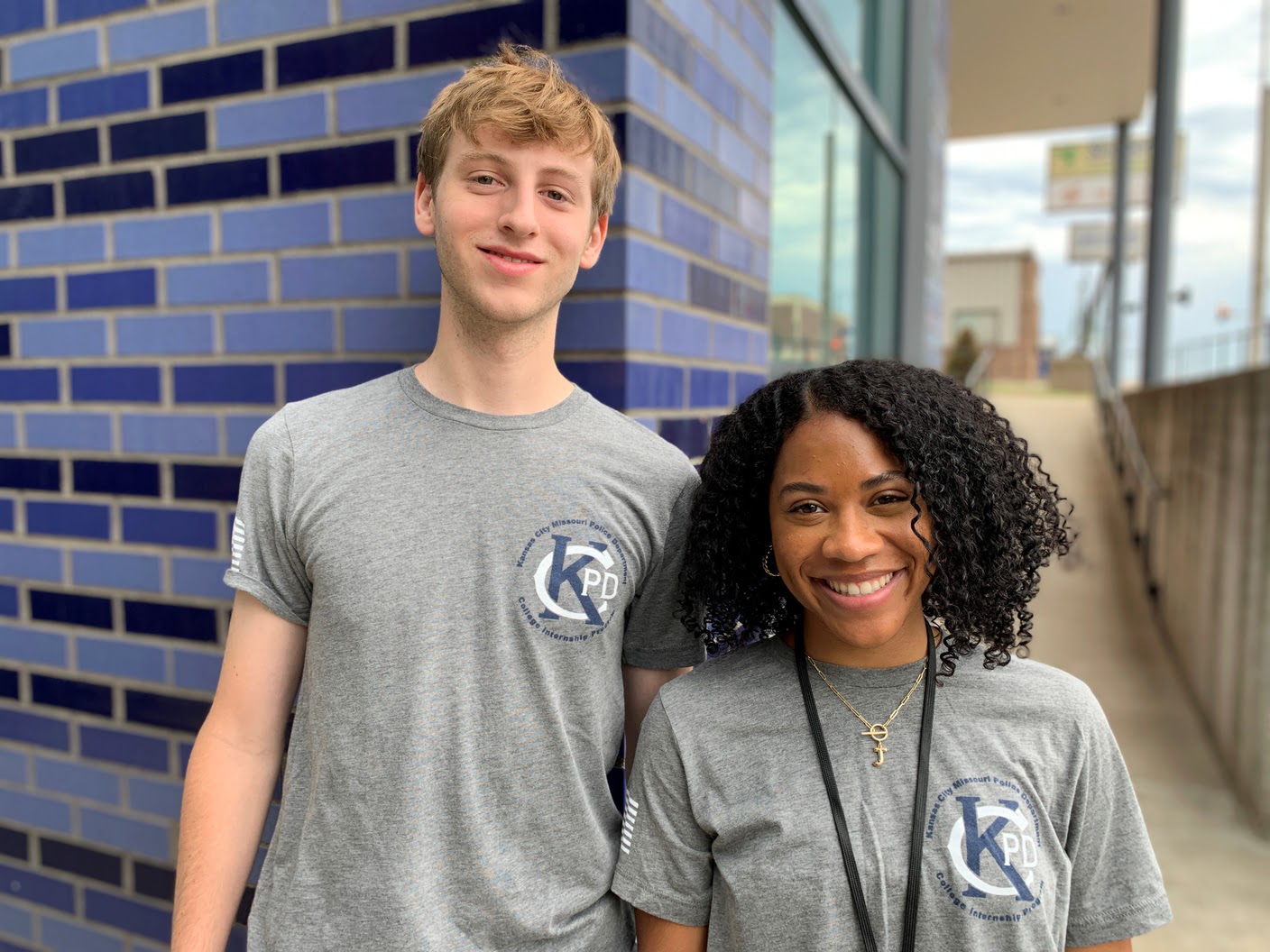 Jada Simmons wants to work in social services and advocate for children who need voices.

“When a kid has been abused, the detectives go to the CPC to watch interviews and talk to the interviewer,” Simmons reflected. “They’re trying to build strong cases when they present to the prosecutor in order to keep a child safe.”

Simmons was joined by nine other interns this summer, including University of Central Missouri junior Joseph Pereira. Unlike Simmons, Pereira knows today that he wants to be a police officer and, specifically, at KCPD.

In fact, Pereira has known for a while. His grandfather served as a police officer at KCPD for 25 years before retiring in the mid-90s.

After starting his internship, Pereira, who is from Leawood, Kan., discovered KCPD’s involvement with the regional computer forensics lab. He now plans to minor or double major in cyber security.

“I got to tour it, and it peaked my interest,” Pereira said. “Seeing what they do was absolutely breathtaking. They (KCPD) work side-by-side with the FBI and ATF. They all work together, helping with technology forensics.”

Though Pereira and Simmons had different motivations and career goals, they each experienced the full breadth of KCPD’s offerings.

“It was as for everyone interested in community service, social service, and protect and serve,” said Simmons, a Kansas City, Kan., native. “It was nice to see different branches of the police department, and the other agencies that work with them.”

One key exposure for both students was the ability to talk directly with police officers, both on patrol and in specialized units. It was enlightening and surprising.

“Going on the ride-alongs with them, you learn so much,” Pereira said. “You get their opinions and ideals on policing. It’s eye-opening, and it changes a lot.”

“I thought some people started to join the police department because a lot of people complained about wanting change,” Simmons said. “Maybe people would step up and be the change, but no. What surprised me the most was how short-staffed KCPD really is.”

Out of 10 interns, three have already applied for positions at KCPD. Pereira plans to apply to the police academy a few months before graduation. Simmons will take the LSAT soon, hoping to go to law school to become a child advocate attorney.

KCPD plans to have its next internship program in the summer of 2023.