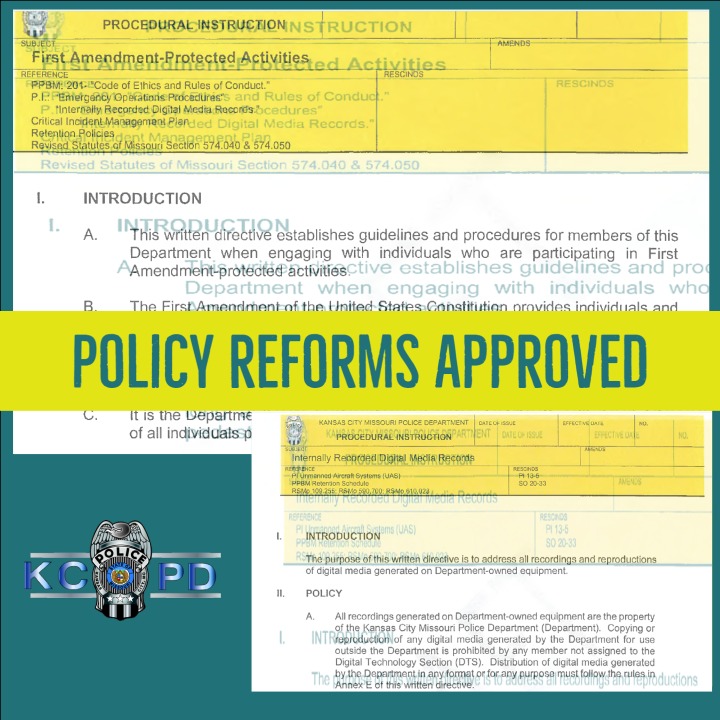 The Kansas City Missouri Police Department listened to the concerns of the community and has made multiple reforms in policy, procedure, practice and training since the summer of 2020.

The following reforms are now in place:

The KCPD heard the calls for change from the community and has made substantive reforms in response. The Department’s members will continue to work with stakeholders to ensure KCPD is meeting the needs of the community by providing professional public safety service while building greater trust and deepening relationships with residents.