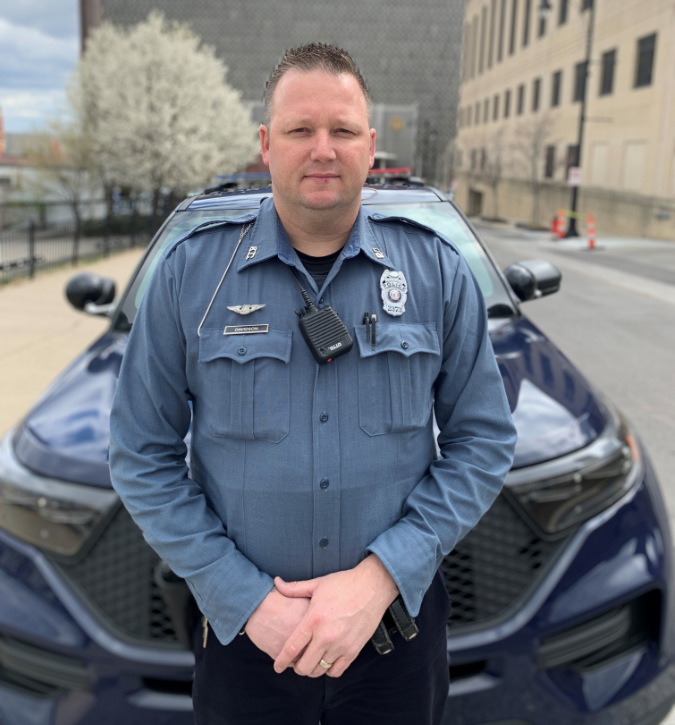 When Officer Doug Davidson arrests someone for driving under the influence, he tries to provide a little education while taking the driver to jail.

Some drivers know they made a mistake and are receptive. Some don’t care. It’s what they’ve always done.

Unfortunately, Davidson says the number of impaired drivers is skyrocketing.

Davidson is one of seven KCPD members assigned to the DUI Squad. The squad does not function like a normal patrol unit but instead invests its time and resources into solely finding impaired drivers. It’s a rare group – with this type of dedication – in the region.

“I don’t take a lot of downtime,” Davidson states. “Our job is to get DUIs off the street. That’s what I do.”

Davidson is in his 11th year at KCPD. He used to patrol near Kansas City’s entertainment districts and highways and would respond to fatal crashes. After a while, he got tired of seeing their aftermath and joined the DUI Squad in late 2018.

“I thought if I went to the DUI Unit, I could stop people from doing that” Davidson recalls. “I went there to prevent crashes.”

Speeds increased during the pandemic. So did impaired driving with marijuana. Davidson recently arrested a 16-year-old who was under the influence of marijuana in a stolen car. Still, the youngest he’s arrested for impaired driving, he recalls, was 14 years old.

Davidson loves his job, calling it “the best ever.” True, he deals with impaired drivers a lot. But he really enjoys interacting with the public and with drivers who are not impaired. Those talks are meaningful to him because he always wanted to be a police officer since he was a kid.

He truly enjoys helping people, even if that sometimes comes in the form of an arrest.

“The likelihood of them crashing before they get home is high," Davidson states. "At least I did my part to help someone not get that knock on the door telling them their loved ones are injured or not coming home.”