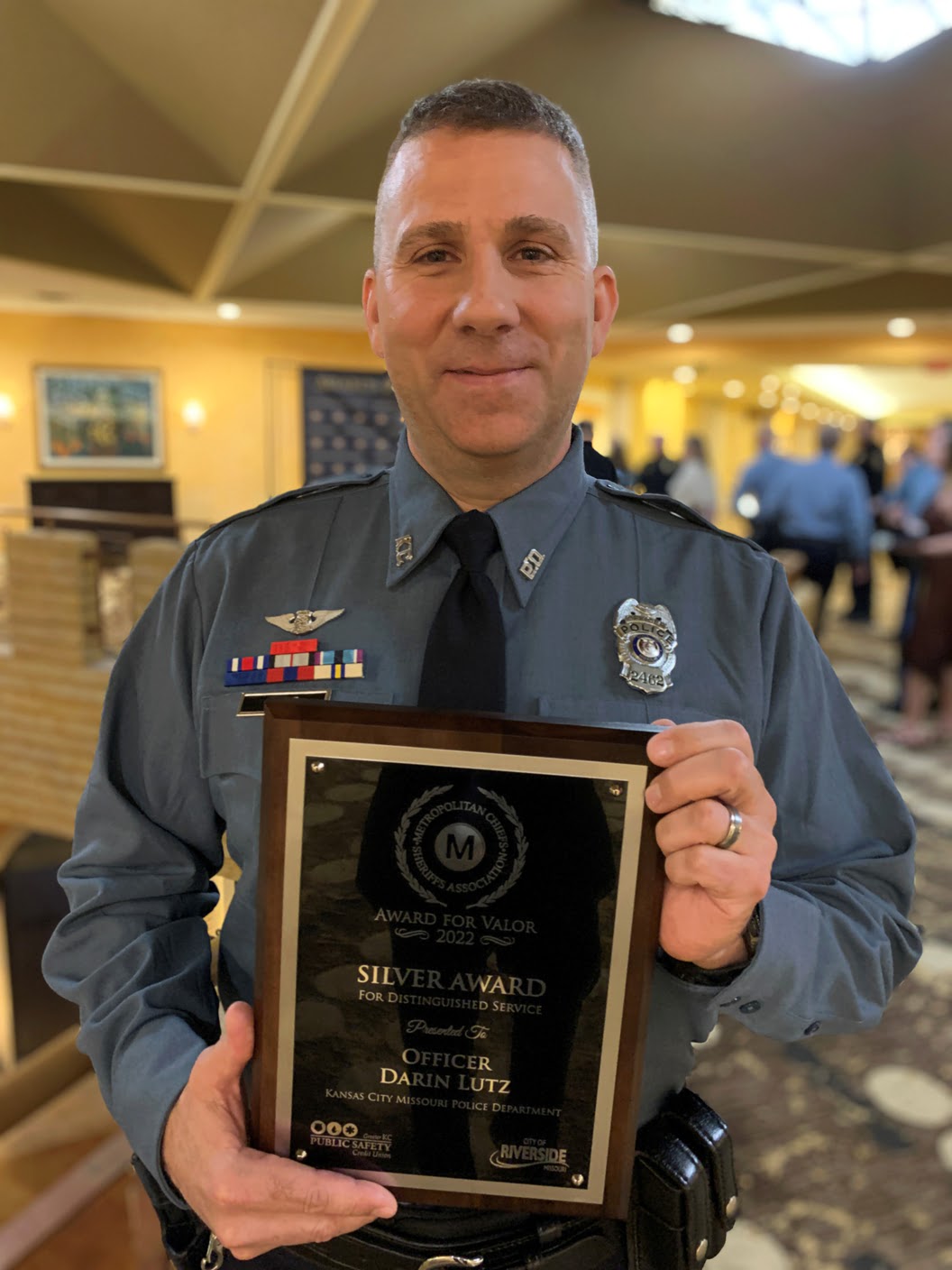 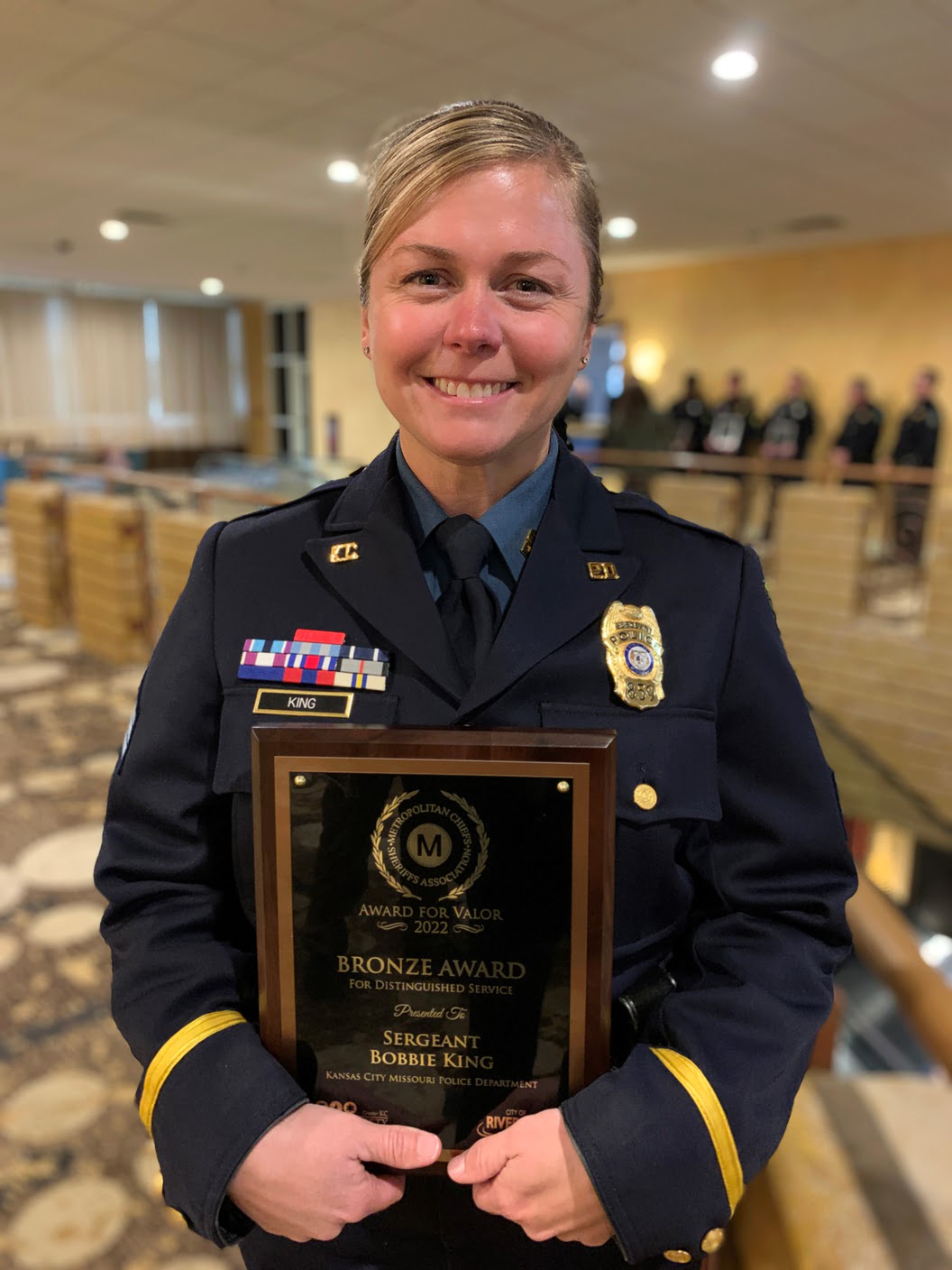 Officer Darin Lutz received one of the region’s most prestigious awards – the Silver Award for Valor from the Metropolitan Chiefs and Sheriffs Association – on Thursday, Nov. 10.

In March of 2021, Lutz was acting as the observer in a KCPD helicopter with Officer Joseph Chabot flying it when they received a request to help find a murder suspect in Ray County.

The officers found the suspect in a rural, wooded area without easy vehicle access. Spotted, the suspect made a run for the woods to get away. Running low on fuel, Chabot and Lutz could have left the scene. Instead, Chabot landed the helicopter in uneven terrain while Lutz jumped out and pursued the suspect on foot.

On the ground, Chabot and Lutz helped lead other units to the murder suspect, who likely would have escaped without their actions.

Chabot also won a Silver Award for Valor but could not attend the ceremony honoring him.

KCPD Sergeant Bobbie King received the Bronze Award for Valor, honoring her for her arrest of a murder suspect while off-duty.

King was working off-duty at Alta Vista High School in October of 2021, when there was a report of a suspicious party in the parking lot.

King investigated and discovered a woman sitting in a vehicle which did not belong to her. The suspect eventually fled to a nearby gas station. King attempted to take the woman into custody, and a struggle ensued. During the struggle, the woman bit King’s right index finger causing nerve damage and multiple punctures. With the help of a Good Samaritan, King was able to get the woman into handcuffs.

“She bit my wrist first, then my finger,” King stated. “She tried to take off running again while still biting my finger, and he (the Good Samaritan) blocked the way so she couldn’t get out.”

At the time King chased and captured the suspect, she did not know the suspect was suspected of various violent crimes earlier in the day, including murder.