KCPD Social Worker Goes Along For The Ride 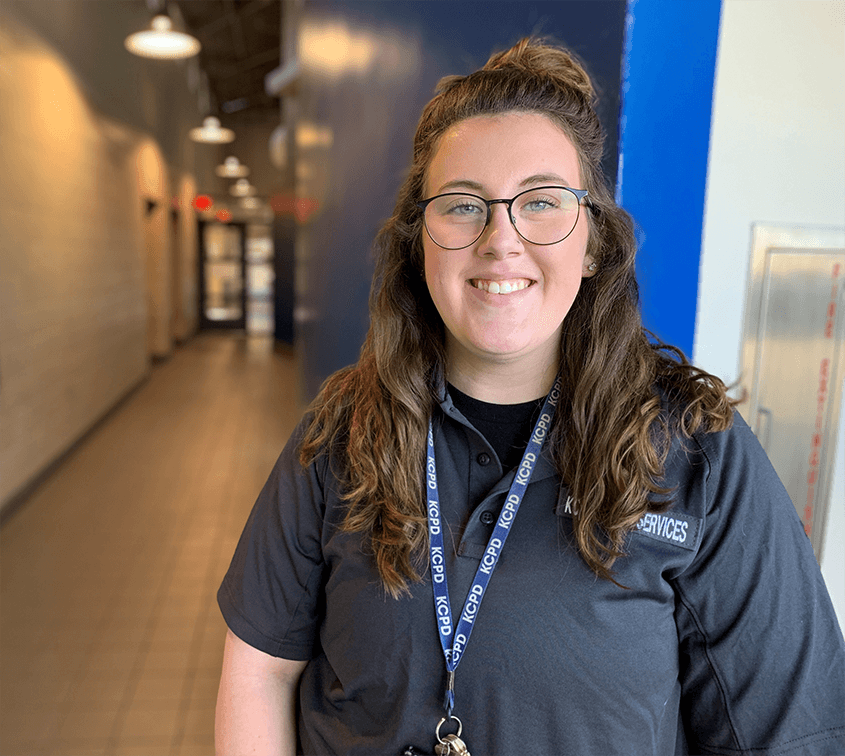 A man at the bus station called KCPD with an unusual request. He wanted a shirt.

The man was stranded in Kansas City, wearing a shirt that had seen much better days.

“People were looking at him disrespectfully, and he was embarrassed and ashamed,” Brooke McQuillar explained. “I happened to be in the car that night, and I got him a shirt.”

McQuillar is a never-ending connection to all things people need, which is a lot. She was in the car that night because KCPD’s social workers are embedded with police officers. KCPD was the first department in the country to implement this practice.

“Officers will ask, ‘Do you have Brooke in the car?’” McQuillar said. “I get taken everywhere in any which direction. They call, and I answer.”

When she arrives with officers or at a later date, by way of an officer’s referral, McQuillar often connects people in need to bare essentials. Diapers, food, rent assistance. She responds to domestic violence victims too.

McQuillar is from the Northland and worked as a social worker at Shoal Creek Patrol Division. Wanting to try something new, she asked to work at Central Patrol. Since then, she’s created a pamphlet geared at helping the homeless.

That came about when officers assigned to the Westside Community Action Network (WCAN) asked McQuillar to help them serve this population.

“Today, she made phone calls for them to inquire on available beds and resources,” Officer Jonathan Hall said. “One man’s concern was getting an ID. She informed him on where to go and the process. They were very appreciative of the information.”

McQuillar, who joined KCPD after previously working with juveniles at a shelter, is a graduate of Missouri Western State University. She’s now working on a master’s degree in social work to better help the people she serves.

“I told my college advisor I wanted to work in criminal justice, but I didn’t want to be a police officer,” McQuillar recounted. “I found the perfect job with the best of both worlds.”

KCPD has many sworn and civilian positions available. Check them out - https://careers.kcpd.org/