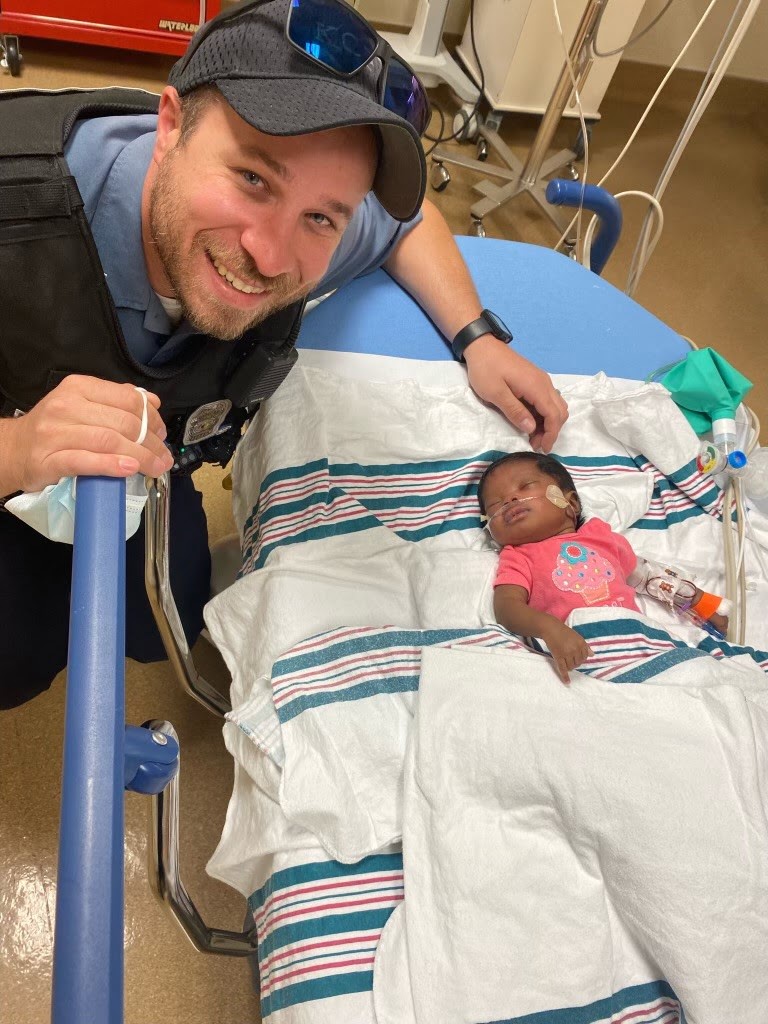 On Thursday, Nov. 3, DuChaine and his partner, Officer Charles Owen, responded to a call for a 1-month-old girl who wasn’t breathing. Arriving before EMS, they sprinted into the house, where the father handed the baby over to DuChaine.

DuChaine began infant chest compressions followed by back thrusts. Thankfully, the baby started breathing again. DuChaine turned the baby on her side, and Officer Owen checked for obstructions. Later, the officers visited her in the hospital.

Officer DuChaine and Officer Owen, thank you for your continued service to Kansas City.