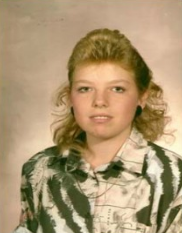 The latest in DNA technology has helped solve a 31-year-old murder case.

Sixteen-year-old Fawn Cox was killed in the bedroom of her home at 9th and Van Brunt while the rest of the family slept on July 26, 1989. Someone climbed up and broke into her window, sexually assaulted her and killed her.

The case has haunted KCPD members for more than 30 years.

“This one touched a lot of people because she was an innocent child who was murdered in her own bed,” said Captain Ben Caldwell. Before his recent promotion, he served as supervisor of the Missing Persons/Cold Case Section. “It rattled detectives and officers who worked it for decades.”

Initially, two teenage suspects were charged in the murder. But the key witness recanted and admitted to being untruthful, so the charges against the juveniles were dropped. The initial detectives “worked the case into the ground,” Captain Caldwell said, running down every lead.

In 1989, those detectives didn’t realize how valuable some of the evidence crime scene investigators collected would become. CSI collected bodily fluids from a potential suspect. At the time, all they could do was attempt to compare blood types.

As technology evolved, KCPD’s Missing Persons/Cold Case section re-examined the case. They determined the initial investigation had left no stone unturned, and only science would solve Cox’s murder. In the first decade of the 2000’s, KCPD Crime Lab scientists developed a suspect DNA profile from the bodily fluids that were collected and stored in 1989. They uploaded this to the national CODIS (Combined DNA Index System) database. CODIS is the national criminal justice DNA database. There was no match.

As the years went on, KCPD detectives continued to meet with Cox’s family and explore any possible leads. As recently as two years ago, they re-interviewed the former juvenile suspects who had initially been charged in the case and got DNA samples from them. Those didn’t match, either.

Then this past summer, Operation LeGend came to Kansas City, pumping federal resources into the department to solve violent crime. Detectives brought up Cox’s case as a possible candidate for a new type of DNA identification: genealogical DNA testing. It allows law enforcement to compare the profile of the unknown suspect’s DNA to other national databases and build a family tree of that person, thereby creating a small pool of suspects. Genealogical DNA testing has withstood the scrutiny of courts and has helped solved such cold cases as the Golden State serial killer in California.

Captain Caldwell said he knew Cox’s case could likely be solved with this technology, but there are barriers with cost, protocol and manpower. The federal resources and expertise that came with Operation LeGend overcame those hurdles.

Using the genealogical DNA results, detectives narrowed in on a suspect, Fawn Cox’s cousin, who was about five years older than her. That cousin passed away in 2006, but under suspicious circumstances. His death was later determined not to have been the result of foul play, but nonetheless, the medical examiner had investigated the death and retained a blood sample from the investigation. Crime Lab staff extracted the DNA from that blood sample and compared it to the DNA profile from the bodily fluid recovered at the original crime scene in 1989. It was a match.

Detectives informed Fawn Cox’s family of the news Nov. 10. Both of her parents are still living, and Captain Caldwell said they were sad but relieved. They said they had sometimes wondered whether the cousin had been responsible.

Captain Caldwell said not every unsolved case is a good candidate for genealogical DNA testing, but it could be a tremendous tool. At this point, unfortunately, the cost and manpower involved remain a significant barrier. Captain Caldwell said he would love to see some kind of fund, even a privately funded one, that law enforcement could access to perform such testing. He said a sustainable, transparent, genealogical DNA program could bring justice to many who have long been denied it.