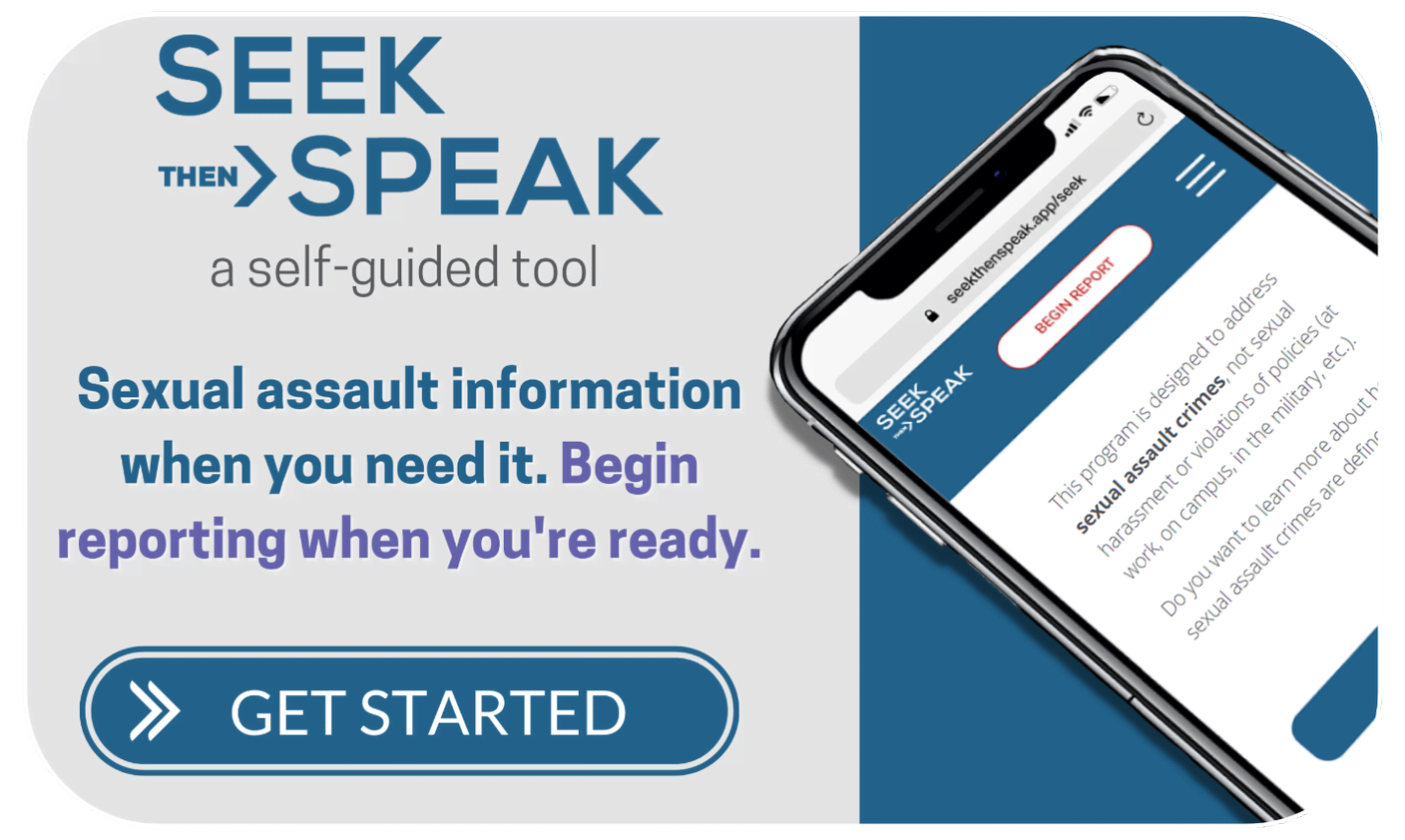 Seek Then Speak is a web tool found on the KCPD's Sex Crimes page, which acts as an “online diary” for survivors.

Seek Then Speak allows the survivor to remain anonymous. It guides survivors through a series of questions designed to gather critical information about the sexual assault. Survivors can go through the questions at their own pace, taking as long as they need. Additionally, it helps them explore options for medical care, supportive services, and reporting to police. If they choose, survivors can also use the program to begin completing a report for police. This is where SEEK switches to SPEAK.

Information is not saved. Instead, Seek Then Speak provides the survivor with a PDF of their responses that they can save or email.

Research shows that only 20% of sexual assaults are reported to the police. That happens because survivors fear not being believed or being retaliated against. Some survivors feel a lack of support or are embarrassed. Sometimes, survivors are not emotionally ready to report the crime.

There is no statute of limitations in Missouri for forcible rape or forcible sodomy. It is KCPD's goal that the details documented with Seek Then Speak will encourage survivors to report the assault when they are ready. Because the questions asked in Seek Then Speak are common questions asked by KCPD investigators, the documentation of the details provided will increase the quality of cases submitted to the prosecutor’s office.

KCPD is committed to raising the bar and becoming the benchmark for SVU investigations in the Midwest.

In addition to being found at KCPD.org, you can learn more about the new tool at SeekThenSpeak.app.

Seek Then Speak is available for those ages 13+ and can be translated into more than 100 languages. It was created and developed by End Violence Against Women International (EVAWI) with whom KCPD is partnering.